NEW ULM — THE New Ulm Public Library is launching a Poetry Reading Group on Monday, OCT. 9 at 6:30 p.m. Participants should be prepared to read aloud and discuss at least two poems; original work or work by others is welcome. The group will continue to meet the second Monday of each month. ... 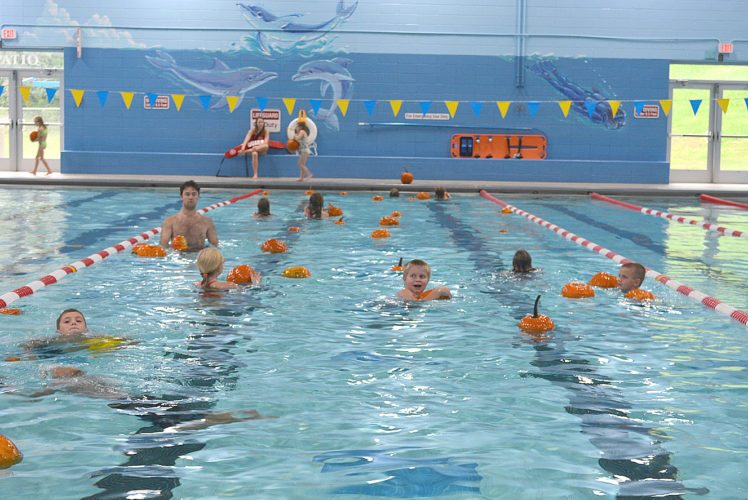 New Ulm Parks and Recreation held its first Floating Pumpkin Patch Friday evening at the pool in the New Ulm Recreation Center. Kids were able to hunt down their perfect pumpkin floating in the pool and then bring it to a separate room to decorate it.

Submitted photo Several members of the Milford 4-H Club donated their award-winning banner to the Brown County Fair Board Tuesday, September 19. The banner honoring the 150th anniversary of the fair won Grand Champion at the county fair and a blue ribbon at the State Fair. Pictured from left ... 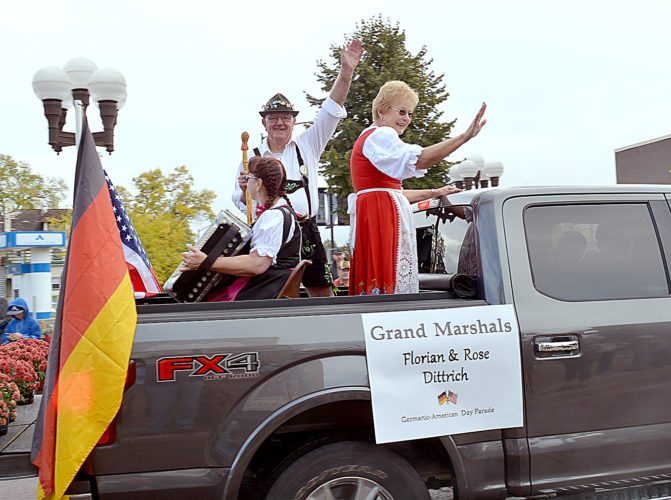 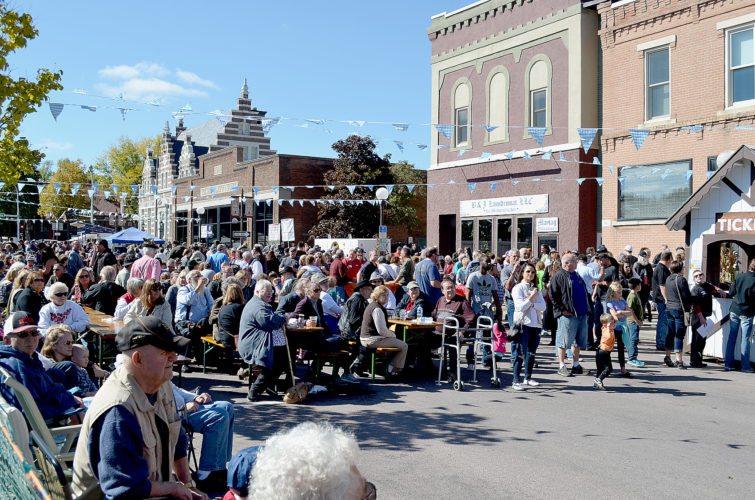 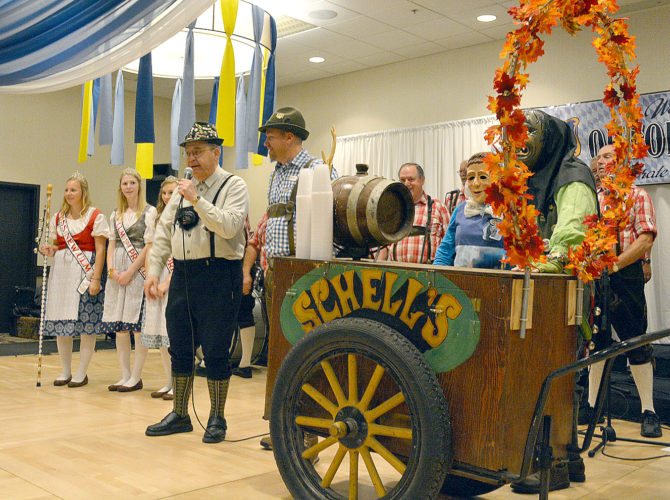 Oktoberfest begins with a tap and a pour

NEW ULM — A ballroom full of people lined up for a cup of Schell’s beer Friday night from the official Festkeg, kicking this year’s Oktoberfest at the Best Western Plus. The annual fall celebration started up at the Best Western with Mayor Robert Beussman instructing the crowd to line up ...

NEW ULM — The New Ulm Film Society is continuing its WWI film series on Tuesday, Oct. 10 with a screening of the 1962 classic “Lawrence of Arabia.” “Lawrence of Arabia” is an important film milestone, but in terms of historical context it offers a different perspective of WWI. ...

Brown County is 84 percent compliant ST. PAUL — State officials claimed on Thursday a 94 percent statewide buffer compliance rate on public waters with just under a month to go until the Nov. 1 implementation deadline. Board of Water and Soil Resources Executive Director John Jaschke ...

NEW ULM — Are you bossy and opinionated like Lucy? A human soil bank like PigPen? Do you have a precocious skill at playing the toy piano like Schroeder? Then read for a part in the State Street Theater Company (SSTC) production of “A Charlie Brown Christmas.” Auditions will be held ...

NEW ULM — Bank Midwest will hold its public open house on Friday, Oct. 13. The date was incorrect in Friday’s report on the bank’s ribbon cutting.

NEW ULM—New Ulm has been selected as a finalist in the Minnesota Monthly “Best Minnesota Town” contest. A total of 31 Minnesota towns submitted themselves for nomination and the editors of Minnesota Monthly narrowed the list down to 10 finalists. In addition to New Ulm the list of ... 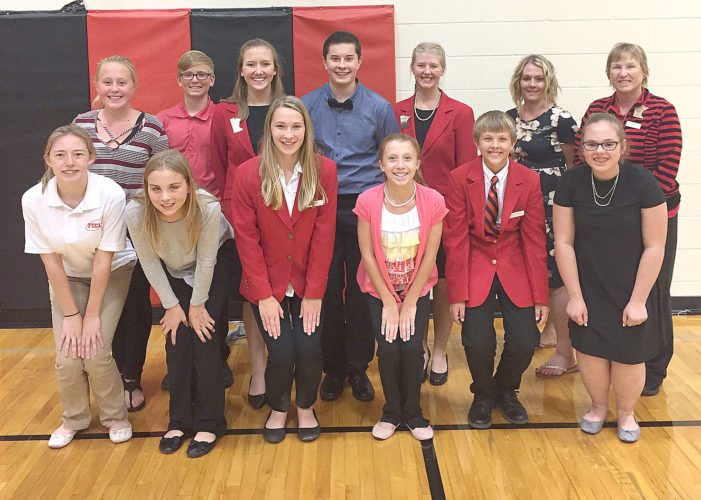 Submitted photo New Ulm High School and Middle School had the opportunity to attend the Southwest Area Fall FCCLA Conference in Worthington on Wednesday, Oct. 4. They attended round table workshops presented by the State and Area Officers as well as participating in Leadership activities. The ... 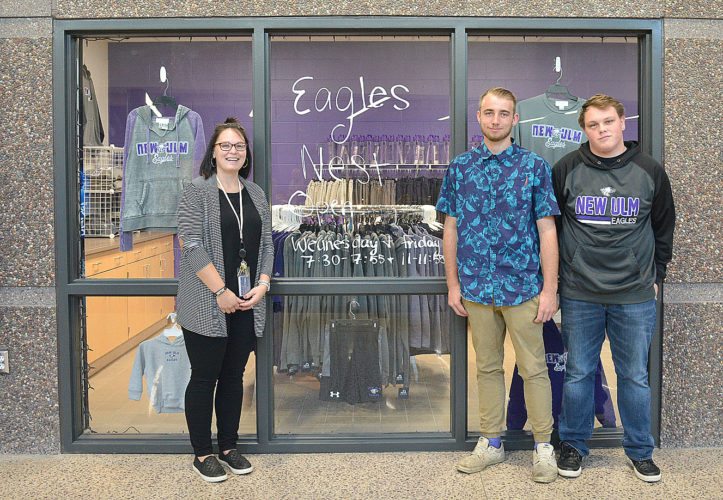 NEW ULM — Just off the cafeteria at New Ulm High School is nestled a new school store. The Eagle’s Nest opened its doors at the beginning of this school year and is run by students in the Intro to Business class. “We have water bottles, planners, pop-sockets for phones, we have got ... 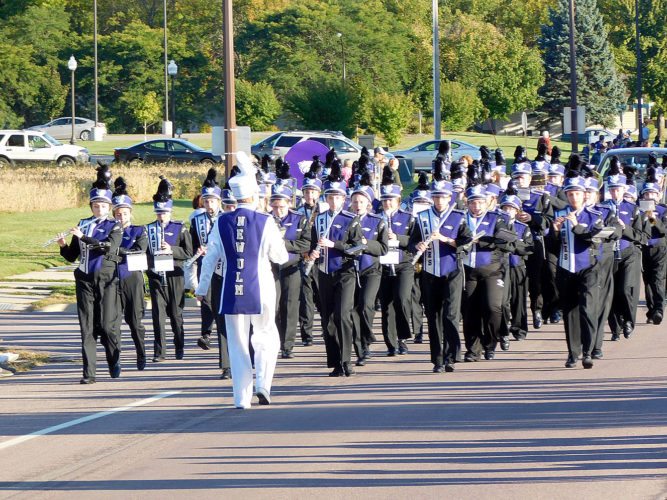 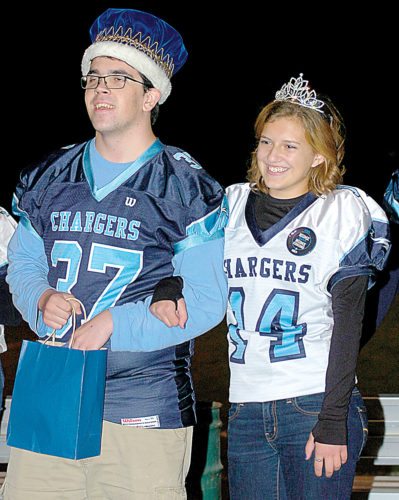 Staff photo by Steve Muscatello Isaiah Koepsell and Magdala Diersen were crowned Minnesota Valley Lutheran’s homecoming king and queen at halftime of the Chargers football game against United South Central Friday at Johnson Field in New Ulm. For more photos of this event go to cu.nujournal.com 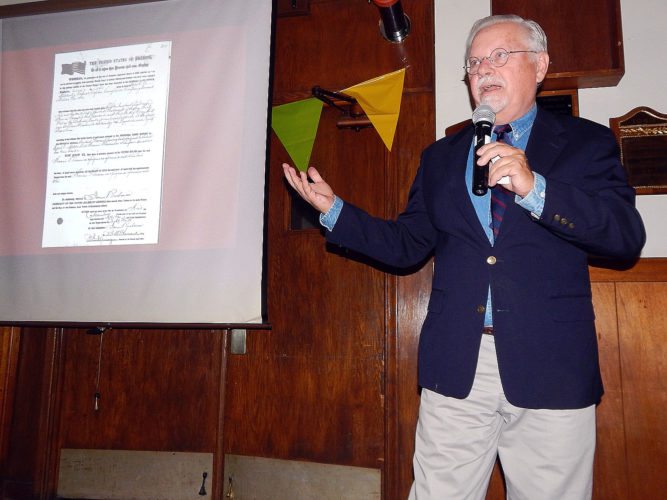 NEW ULM — Decades ago, the Brown County Fair was among the largest and most popular county fairs in Minnesota. Members of the Junior Pioneers of the New Ulm Vicinity learned all about the fair history at their annual meeting Friday as historical author Dan Hoisington talked about his latest ... 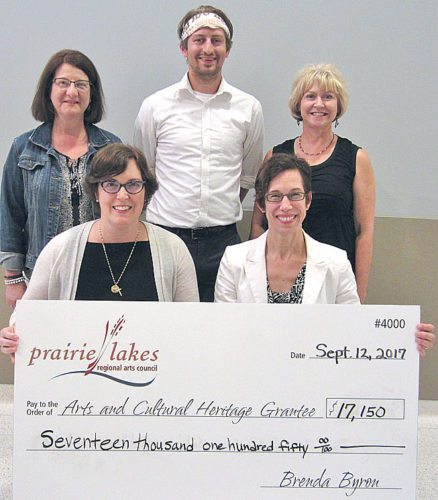 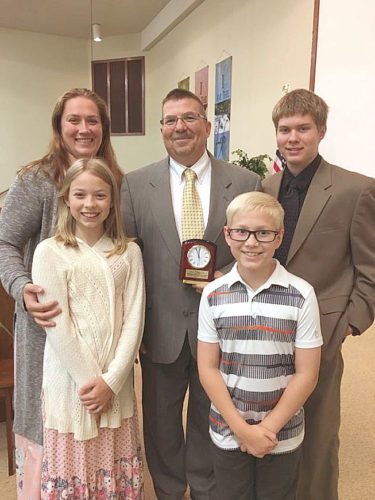 NEW ULM — Pastor Patrick Thompson is the new pastor of First Baptist Church at 305 South Payne Street, New Ulm. There will be an installation service for Pastor Thompson on Saturday, September 30, at 10:30 a.m. at the Church. Pastor Thompson, his wife Stacy, and their three children have ...

NEW ULM — Brown County commissioners are being asked to select a concrete or bituminous surface for the 2019 CSAH 29 project at their meeting on Oct. 3. CSAH 29 from TH 4 to CSAH 12 is scheduled for a surface rehabilitation in 2019 using the Local Option Sales Tax as the funding source. The ...