Off the Shelf: Raining? Too hot? Pick up a good book!

I love Michael Koryta. So when he has a new book out, you will find me reading it. Five years ago I read “Those Who Wish Me Dead” and ran across the worst (best?) pair of villains I had ever read. Hands down frighteningly bad. While I understand that books need a balance of good and evil, Peter Pan vs Captain Hook, Tom Sawyer and Injun Joe, Harry Potter against Voldemort, to make things work, Koryta’s villainous Blackwell brothers were terrifying.

Fast forward to his newest, “If She Wakes,” about a senior student, Tara, who is escorting a visiting professor to his next venue when there is a terrible accident, killing the professor and severely injuring Tara. Unable to speak, Tara is the last witness to something that people will kill for. It was an intriguing start. Continuing reading I came upon a character with pale blue eyes, by the name of Blackwell, and suddenly the hair on the back of my neck stood up. For a moment I just stared at the book in my hands and thought: no! It cannot be. You’ve heard of books called nail-biters, this one was hair raising. If you like fast paced, foot-on-the-gas page- turning thrillers, this one might be for you. “If She Wakes” became more like ‘will I sleep?’ because I couldn’t put this down. Whatever Koryta does next I’ll be waiting.

Another recent nail-biter I read was “Deception Cove” by Owen Laukkanen. It unites a traumatized former US marine with an ex-con and Lucy, the dog they both care about, when they accidentally are drawn into a crime they know nothing about but the bad guys are sure they do. I had to look ahead so many times to make sure the characters I cared about were still okay that I think I literally read the book twice. I hadn’t read Laukkanen before but this one is the first in a projected series, and I tell you, the way it ended, (I can’t spoil it but) I’m ready for the sequel.

Looking forward to July coming attractions, I was taken with the beautiful writing in “The Last List of Miss Judith Kratt” by Andrea Bobotis. It was so easy for me to get caught up in the once genteel world of the old South and the web of secrets everyone keeps. The tag line on the book reads: “Judith inherited all the Kratt family had to offer — the pie safe, the copper clock, the murder that no one talked about.” Now in her late 70s she is taking an inventory of all of the items in her house and in the process remembering all the memories attached to them, unspooling the story of what really happened all those years ago. Set in her ways and out spoken, I loved Judith’s inner monologues: “I was tired of being hospitable. It was wearing me out.” And this one: “I shook my head to try to release the memory. My sister was always creeping into my mind without invitation, outstaying her visit like a guest with poor manners.” If you enjoy Southern fiction and family secrets this one might be for you.

Please do not ask me to pronounce the first name of the author of another new book coming in July, as it is unfamiliar to me. However, whether or not I can say her name, “Second Sight” by Aoife Clifford is a good mystery. When Eliza left she never intended to return to her hometown which is now recovering from a devastating wildfire. While stuck in traffic, Eliza is witness to an assault involving an old friend which becomes one the first strands of a web drawing her back home. When a body turns up, memories from Eliza’s past also return and between unresolved family issues, old friends, being a witness, and various threats, Eliza doesn’t want to leave until she figures things out. This puzzle has many pieces and was really fun to try to solve. I have to say the mystery writers coming out of Australia are very entertaining and Clifford just joined that group.

It’s getting hotter and the gnats might be bad. There are plenty of new books coming out that you might like. Come into the air conditioned gnat free library and check something out. 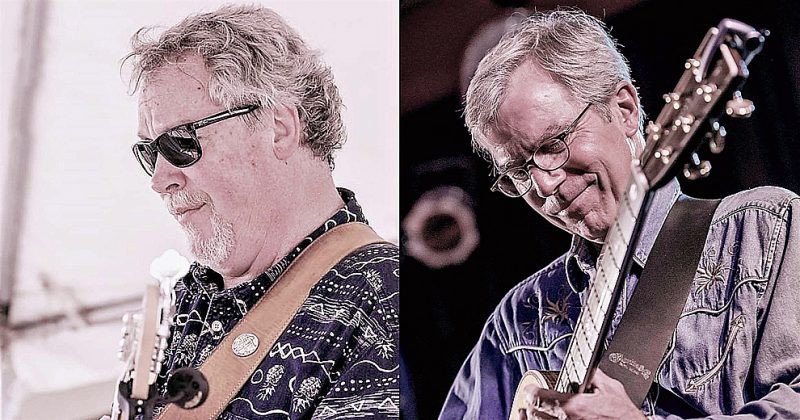