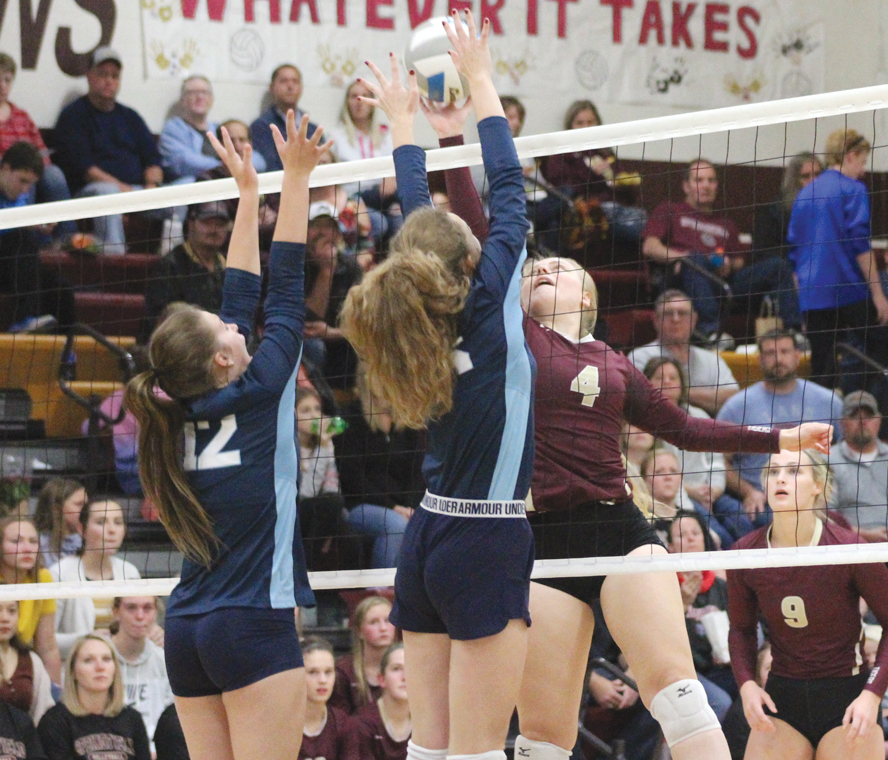 SPRINGFIELD — Springfield made short work of Cedar Mountain on Thursday night in Tomahawk Conference volleyball action, rolling to a 25-11, 25-10, 25-15 win.

The Cougars (2-16, 0-7) had a tougher night on offense, with Teresa Larson leading the team in kills with five, while Nadia Meyers added three kills and had seven set assists. Morgan Engholm had 24 digs, while Shaylee Schiller had 12 digs and Hailey Hollar had 11 digs.

After dropping five matches in a row and the last two in five sets, Graff said that it was exciting to get the sweep over Cedar Mountain.

The Cougars only were able to add 3 points after the run before an ace serve by Wahl put the Tigers up 1-0 in the match.

A pair of early kills in the second set by Graff and a block by Hauger to put Springfield up 6-2 was ended on a kill by Bella Harmoning, but that didn’t slow the Tigers down as they ended the second set on a late 8-0 run.

But Springfield again got a 5-0 run to lead 18-10 and despite the Cougars looking more aggressive in the third set, the Tigers held them off and finished the match on a kill by Alexis Clemon.

With just around two weeks left of the regular season, teams are starting to think of where they can improve late. Graff said that the Tigers have been improving defensively this year but are looking to improve their work at the net.

“We’re looking to get better defensively and up at the net, because lately it’s been good on defense but struggling up at the net,” Graff said. “So hopefully it all comes together before playoffs.”

Both teams will participate at the Jimmy John’s Invitational Friday and Saturday at Southwest Minnesota State University.