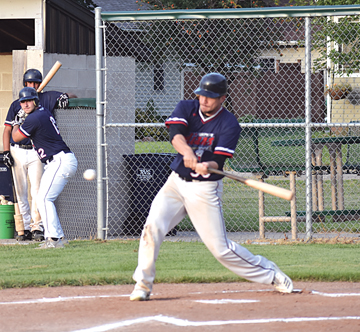 • Walter had a big week for the Sleepy Eye amateur baseball team, coming up with some big plays in the outfield and he was a tough out at the plate. Sleepy Eye qualified for the Class C state tournament for the second year in a row, going 3-2 in Region 2C play and the Indians earned the No. 3 seed.

• He had two RBIs and a hit in the Sunday, August 4 victory against Springfield.

• On Tuesday against Hanska, he was 2 for 5 with a run scored.

• He went 3 for 4 with three RBIs and a run scored in a victory against Lamberton on Wednesday.