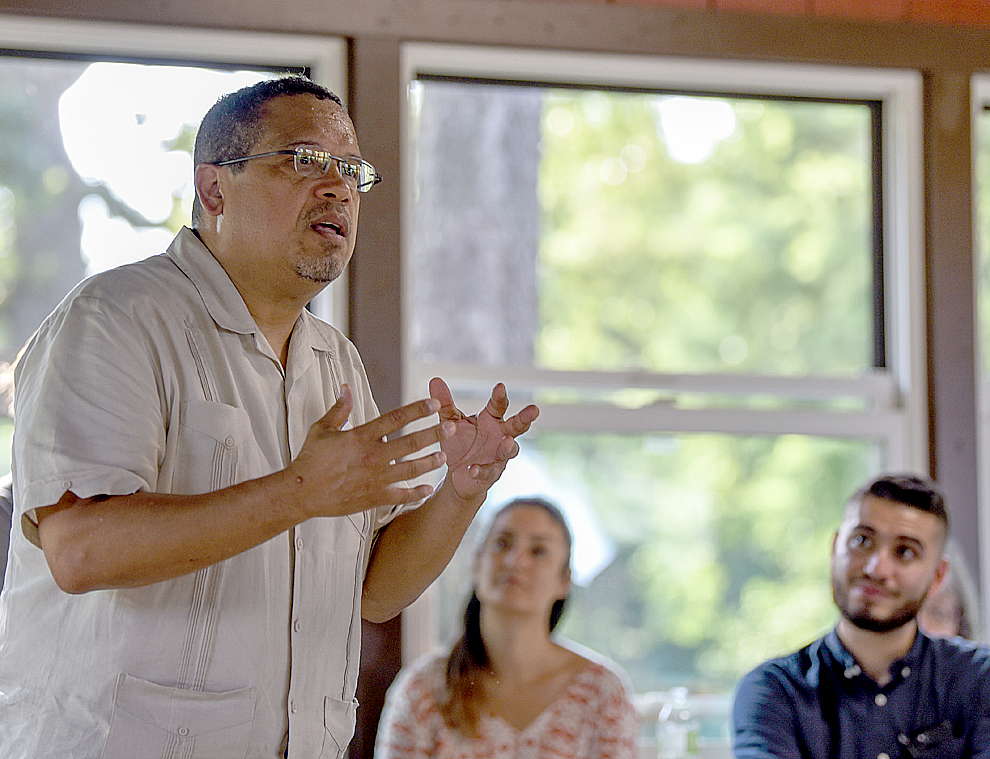 According to a press release from the state Attorney General’s office, Ellison is touring the state to meet with constituents and state legislators to hold public roundtable discussions and listening sessions.

Ellison, a former congressmen , updated Brown County DFL members about what his office has been doing since November 2018 and about current actions by his office.

Ellison said his office and the office of Governor Tim Walz are working to “make and help people afford their lives.”

He referenced a binding written opinion he issued in May that states public school districts may not restrict student participation in graduation ceremonies because of unpaid meal debt.

“I issued an opinion that said ‘yes they can (graduate),'” he said.

In an effort to hold telecommunications companies accountable, Ellison said Minnesota is suing Comcast and other companies over allegations of price fraud and potential price hacks that customers were unaware of.

“There’s a lot of people who pay through the nose for a telecom service,” he said. “But they don’t always get it.”

He thanked those in attendance for their contributions to the 2018 midterm elections and urged members to continue participation and to vote.

“Who is going to be the moral voice of America, of Brown County, of Minnesota,” Ellison said to attendees. “It’s not me — it’s you because you sent us here.”

Ellison is meeting with state legislators, community leaders and workers during a three day tour of south central and southwest Minnesota Thursday through Saturday. He’ll also attend a listening session on the cost of pharmaceutical drugs 1 p.m. to 2:30 p.m. at Worthington High School Saturday with Rep. Rod Hamilton.

Gage Cureton can be emailed at gcureton@nujournal.