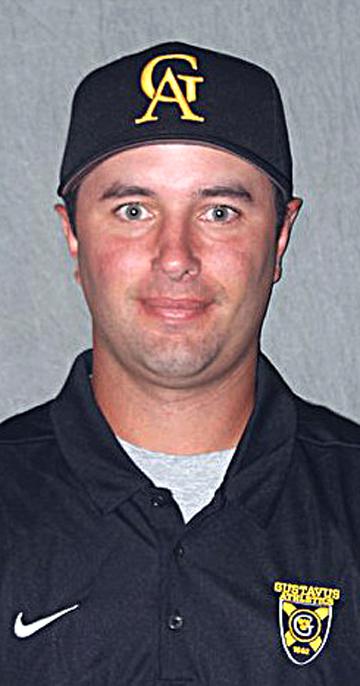 Because of the COVID-19 pandemic, Woitas has had to reach out to a lot of the high school juniors he’s trying to recruit via Zoom meetings. Normally at this time of year when he’s not coaching he’s traveling all over to watch baseball.

“Usually this is the time of the year where we start recruiting the kids that are juniors, into their season, into the winter and into the summer,” Woitas said. “A big way we’ve always done that is going out and watching people play, which obviously isn’t happening. It’s changed a lot from that perspective, we’ve had to lean on a lot of video and there’s lots of different ways to get video from kids.”

Woitas said that there’s a lot of uncertainty in the college game at this point, so there’s always that challenge, too.

“It’s kids we saw last year and that we’ve followed and reaching out to the high school coaches and the high school coaches, it’s just making that list and trying to reach out to kids and trying to create that relationship with an uncertain future,” Woitas said. “The big thing that’s changed too, from a recruiting standpoint, is with everyone getting a year of eligibility back, you have a lot of DII and DI schools that are going to have limited roster spots for incoming kids and add in the MLB draft being shortened, which will affect a lot of Power 5 schools.

“Juniors that usually get drafted in the 10th-20th round are going to be staying in school and there’s a lot of uncertainty with those roster sizes,” Woitas said. “In some ways, that’s to our advantage because we won’t have our seniors coming back, we still have some openings so hopefully that’ll help us get some of those higher level kids coming in.”

Another challenge is finding out what type of player they’re getting, especially with some of the potential of late-blooming seniors who might have gotten another look this year.

“When you see a kid swing or see him throw, you can actually learn a lot from that on the short video, but you definitely don’t get to see what kind of compete that kids have,” Woitas said. “That’s where you have to reach out to the coaches and figure out what kind of kid they are, watch from body language and how they handle failure. That’s the hard part is not getting to see that. That’s where we’re still holding out hope, if it’s at the end of the summer or fall they’ll be some form of baseball and if there is, we’ll make sure to capitalize on it.”

The incoming freshman class at GAC is pretty well set and he’s happy with how that class looks.

“We think we’ve got some really talented kids,” Woitas said. “We pretty much wrapped that up, I think we got our last kid a month ago, from a recruting timeline standpoint, we pretty much have most of our kids signed by the end of December and there’s a few that kind of hang out there after that.”

He said that there has been a lot of Zoom meetings with the current players and he’s trying to keep the meetings interesting.

“We get different guys to come on and talk about baseball or life in general,” Woitas said. “We had Al Newman join us, we had some business people join us, alumni join us to try to keep it fresh.”

While there’s been plenty of talk on how hard the pandemic has been on the kids who play the sport, it’s also just as hard on the coaches.

“It’s really hard, there’s nothing more than we’d like to do than be on a baseball field,” Woitas said. “I think it’s just about focusing on the positives and that at some point, baseball is going to be back. When it does come back, we’re going to appreciate it a heck of a lot more and not take the daily grind for granted.

“Just from a program standpoint, we’re just real excited about the progress being made, the level of kids that we’re getting to visit and committ just keeps going up and up, I guess that’s got us excited. That’s all you can do is just look forward and we’re doing what we can to start recruiting that ’21 class and go from there.”