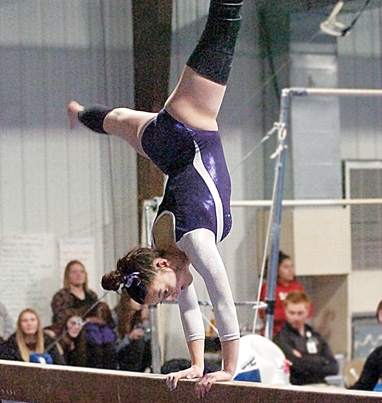 Goblirsch finished the night with an all-around score of 35.85. Her teammate, Ella Freiderich, was second in all-around with a 33.350.