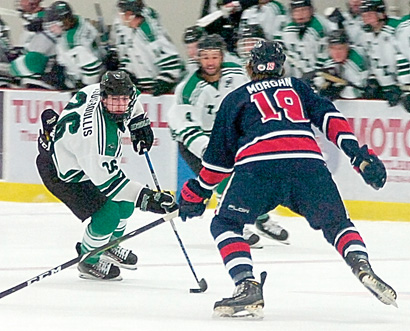 Evan Ross and Clayton Dawe each scored two goals for the Junior Blues.

It was a six-minute span midway through the second period that saw a scoreless game turn into a 3-0 St. Louis lead that the Steel could not recover from.

Goals from Clayton Dawe, Joey Solimando and Chase Morgan gave the Junior Blues that three goal lead at the 12:05 mark despite each team having 15 shots on goal.

The Steel cut the lead to 3-1 early in the third period when the Russian Connection of Danaev to Denson got New Ulm on the board at the 1:42 mark of the period.

But that was as close as New Ulm got.

St. Louis repeated what they did early in the second period as it scored three unanswered goals — this time in a span of just over nine minutes — to secure the win.

“When you play a team like that, they are going to capitalize when they start getting under your skin, and that goes back to that mental part of the game,” Stepan said. “Our first period was really good, but when we get on that emotional roller coaster — our highs are really good and our downs are really bad.” 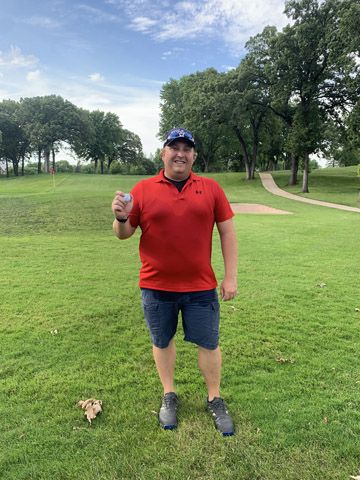