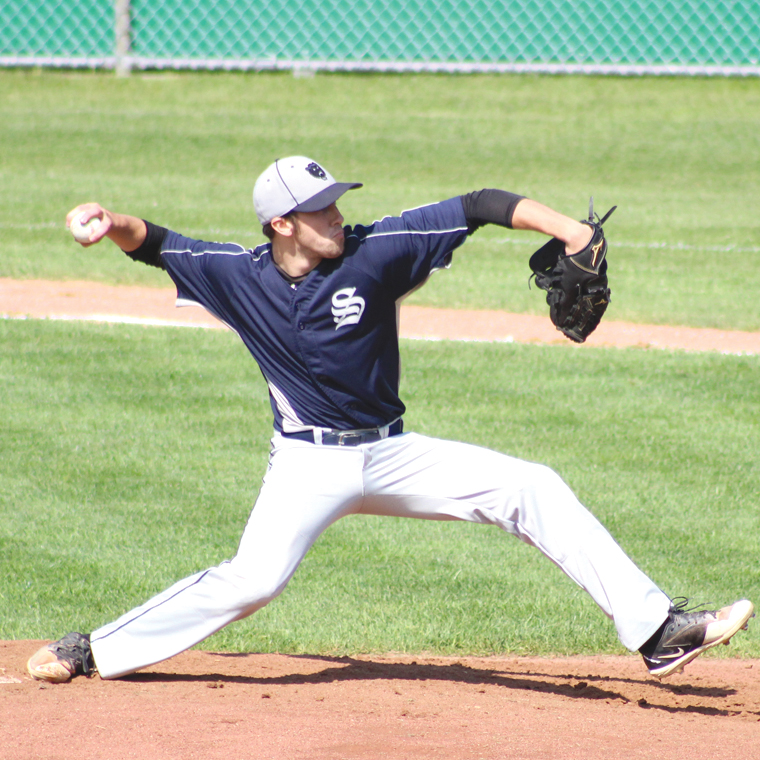 • After being drafted from Searles by the Sleepy Eye Indians and playing in the Region 2C tournament, Schommer started the Indians’ lone game in the 2019 Minnesota State Amateur Baseball Tournament this past Saturday in Delano against Cokato.

• Despite the Indians falling to Cokato 3-0, Schommer pitched six innings and allowed just one unearned run on four hits without allowing a walk. He also struck out five.

“Mark did a great job for us, he pitched one of our region games against Lamberton,” Indians manager Bruce Woitas said of Schommer after Saturday’s loss. “We thought maybe he’d be our best option today and did a great job. We had two errors in one inning [third inning] where they got one run and his pitch count got up a little bit, so we decided to take the other young guy in Berg and he did a nice job as well, too, and worked out of some jams as well.”