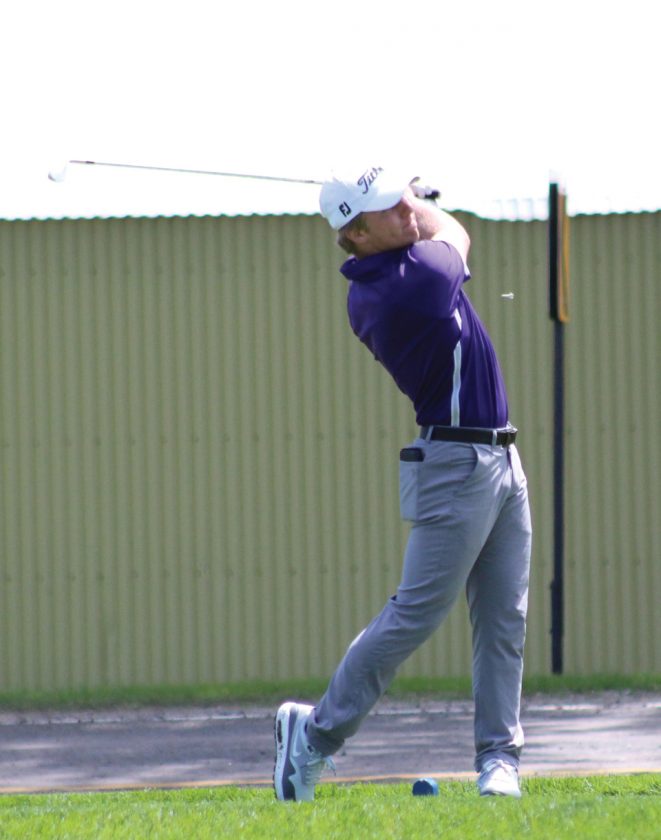 BUFFALO LAKE — New Ulm’s Glavine Schugel took home his third straight Section 3AA championship on Tuesday at Oakdale Golf Club, finishing with a 144 overall after two days and earning him a third consecutive trip to the state tournament as a result.

The junior finished four strokes ahead of Jackson County Central’s Scott Flatebo, who took second. Schugel shot even par at subsections and even par again on Tuesday.

He finished this year’s section meet one shot over his score last year. That didn’t upset him much considering he wasn’t sure if he’d even play Tuesday to begin with.

“On Saturday, I rolled my ankle playing football, so I didn’t know if I was going to be able to play [Tuesday],” Schugel said. “So not being at 100 percent, shooting a 72, I was pretty happy with that.”

Schugel finished tied for sixth overall last year at state after carding a 145. For Schugel, Tuesday was just another step in the quest for a state title and he said he’s more focused on June 11-12, when the Class AA meet begins at Ridges at Sand Creek in Jordan. 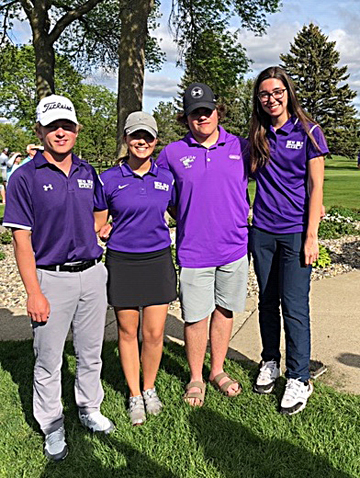 “I got sixth at state last year and I’m hoping to improve on that this year,” Schugel said.

Schugel will also be joined again at state this year by sophomore teammate Aiden Guggisberg, who finished Tuesday with a 76, good enough for fifth place and an overall score of 153 after two days.

This will be Guggisberg’s third appearance in a row at state also. Last season, Guggisberg finished with a 152 overall at Oakdale and was tied for 48th overall at state with a score of 159.

New Ulm’s Josh Gulden shot an 85 Tuesday, good for 31st overall with a total score of 175.

Jana Julia Boquet and Abbey Frauenholtz will be a pair of New Ulm girls making a trip to state this season after both finished the Section 3AA golf meet as top five golfers on Tuesday. Boquet finished third overall with a 165, while Frauenholtz was tied for fourth with a 166 overall.

This will be Boquet’s first trip to state and Frauenholtz’s third.

Boquet, a foreign exchange student from Spain, shot an 84 at subsections and finished with an 81 at sections. She has turned in some of the top scores this year for the Eagles and Tuesday was no different.

“She was just very steady,” New Ulm head coach Todd McKeeth said of Boquet. “We talked about it early on in the season that it was a possibility that she might qualify for state, and so she actually adjusted her departure for home by a few days so that if she did qualify, she could participate in that.”

Frauenholtz shot an 86 at subsections and an 80 at sections. She has also been consistent as usual for New Ulm this year.

“That was kind of one of her big goals this year was to make it to state,” McKeeth said of Frauenholtz. “We knew if she played steady, she should be right in the running for it. It was tight after Day 1, and we just talked about playing her game and playing the golf course and if she played well today, she should qualify, and she did.”

McKeeth was also glad to see his team shoot a school record on Tuesday at Oakdale with a 361.