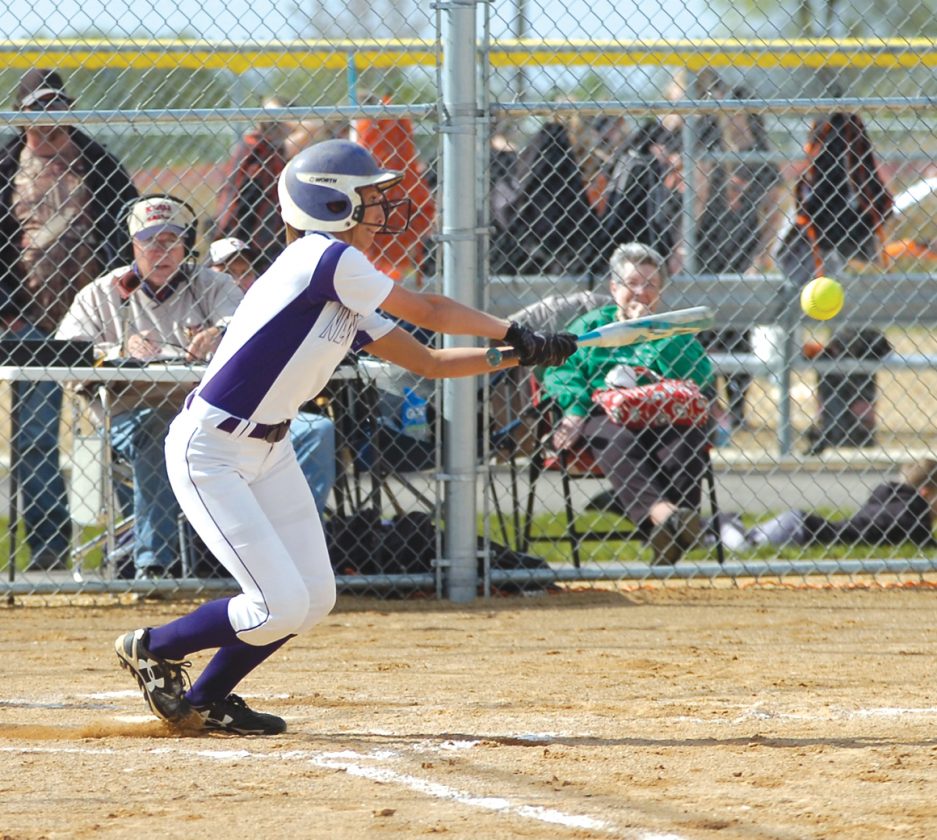 Windschill’s home run was a big lift for the Eagles’ bats, as Fairmont pitcher Jordan Ehlert rolled through the first five innings mostly unscathed. But in the sixth inning with two runners on, Windschill got a hold of a pitch down and in and sent it over the fence in left field to put New Ulm up 4-0.

While Joey Batt hit the first home run at the field on an inside-the-park home run just a day earlier on Monday, Windschill’s homer was the first to exit over the fence.

“It was inside, low, which is my sweet pitch,” Windschill said of the home-run pitch. “As soon as I saw it, I was like, ‘I’m going to go here.’ It was really exciting, I didn’t expect that of course. And my team was so supportive and they were really excited for me, so that was fun.”

The home run drove in Noelle Forstner, who walked to lead off the inning, and Abbey Lee, who reached on an infield single.

Ehlert’s only other run allowed was in the first inning and it was unearned.

Joey Batt dropped down a bunt single to lead off the bottom of the first for New Ulm before stealing second and third. The second steal, however, ended in an errant throw by the Fairmont catcher in an attempt to catch Batt out at third, allowing Batt to scamper home for a 1-0 lead.

Ehlert pitched six innings for the Cardinals and gave up three earned runs on four hits and three walks.

Donner, who was diagnosed with bronchitis Tuesday morning, wasn’t even supposed to pitch against Fairmont. But Donner’s competitive nature drove her to pitch anyway as she ended the day with the one-hit shutout.

“Today, I told my team that they were going to have to play major defense because I didn’t know what my ball was going to do,” Donner said. “I was coughing between every single pitch, so I think [my teammates] saw this game how committed I am.”

The only hit Donner allowed came in the first inning to Cambrie Anderson on an infield single. Donner ran into some trouble in the top of the sixth after issuing back-to-back walks to Whitney Scott and Jen Moeller to start the inning, but she escaped the inning with three consecutive strikeouts.

Ellie Bute and Batt added a single each for the Eagles. Batt also stole four bases and was walked twice, once intentionally.