Guest Opinion: We need to talk, and to listen to each other 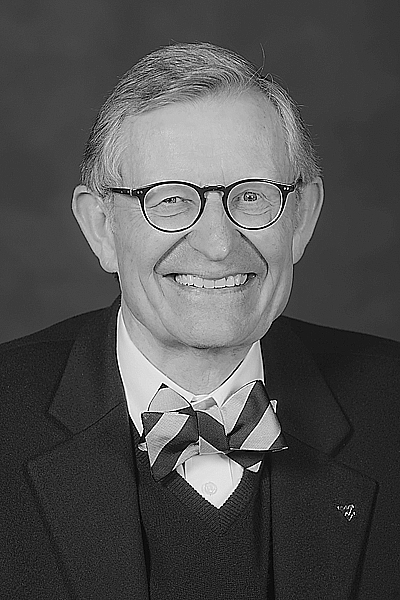 Since the election, passions and tensions are running high on university campuses and in the general public. Part of this, of course, is that there were two candidates, both unpopular, and in theory, the more disliked candidate won. But here we are, a new president-elect, a Republican Party firmly in control of the United States House of Representatives and the United States Senate, and firmly in control of the vast majority of the states. Indeed, of the 50 states, there are only five that have a Democratic governor and a Democratic-controlled legislature. Just a month ago, some were writing an obituary for the Republican Party. The old adage that a week is a lifetime in politics has never been truer.

So, what happened? Everyone has a point of view. Some debate the significance of the under vote. Others argue there was arrogance and hubris abounding. The role of the media has been discussed, as has the impact of social media and fake news. Still others are desperately trying to understand what happened at the polls.

I have no more answers than anyone else as to the perplexing place we find ourselves. But what I do know is that we need not panic, nor should we return to our corners and simply shout at each other. Rather, we need to develop a national conversation — and this must be a very clear conversation.

We need to address the issue of inequality. We need to talk forthrightly about the impact of environmental policies on a large swath of our citizens. We need to discuss how to best attain an educated citizenry. We need to have a conversation about race that is constructive and honest. And we must hold these conversations with the highest regard for the free and meaningful exchange of ideas.

We cannot allow people, when they disagree with a certain point of view, to be immediately labeled as an unfit enemy. The labeling of Americans and the fear it engenders in public conversations has dramatically imperiled this nation, in my view. If one looks at the debates in this country among our founding fathers in the first years of the Republic, there was an honesty about their disagreements. There was a clear message that ideas, no matter how irritating, how irrational or how stupid, should be addressed.

Considering another’s perspective is what we all need to practice. Some feel perhaps this country has become too “politically correct.” Personally, I believe we would not need to worry about the concept of “political correctness” if we could meet each other and our challenges with common sense, with common decency and a common language of respectful understanding. (And I have been known to add in a healthy dose of humor for good measure.)

So, where does that leave West Virginia University? In my view, it presents us with a demand. That demand is to strip away the barnacles that have developed over this election season and reassert our University as a weaver that binds up wounds and presents ideas for change and then acts on those ideas.

Never in my life have I felt that a clear voice from the University is more important, nor more needed. And what will happen on many of our campuses is that people will go to their respective corners, and they will fret and fuss and engage in anguished statements about the state of the world and they will not do a damn thing about changing it.

Not this University. Not this time. We must assume a mantle of leadership for this state and by our very existence at a national level, to say, once and for all, that change is imperative. Nonsense must be replaced with common sense. We need to badger the political leadership to have the courage to make the fundamental decisions necessary to improve the quality of life for all of our citizens in West Virginia and beyond.

We can no longer be passive. We can no longer hide inside our campus. We cannot ignore the voices of pain and despair that exist outside our ivy walls. Often, these calls for help are a result of the new world that universities have so elegantly and arrogantly created. So, let us weave, let us sow. Let us lead and let us believe. And let us get to work in our small part of the world to turn it right-side up.

Responsibility THUMBS UP: We’ve been hearing a lot lately about personal rights and liberties being ...

Gov. Tim Walz and his Health and Education Commissioners laid out a plan for reopening schools this fall in the age ...

Could it happen here?

People in Marshall have been dragged unwillingly into the spotlight this week after a couple walked through the ...

SROs should have place in schools

Calls for change in law enforcement range from those demanding that police departments be virtually disbanded to ...

Time to act is now on new coronavirus aid package

Debate over a new coronavirus relief package continues in Congress and at the White House. Disagreements are both ...

Pope Francis is telling Roman Catholic leaders they must do what most people — including the overwhelming ...