Weeds: Working to make a difference 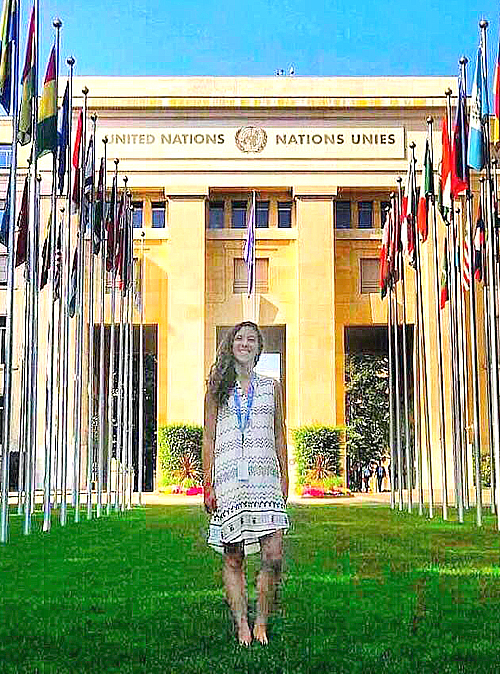 Black poet Clint Smith was talking about parenting. He said his mom used to say her children were pieces of her heart walking around. Davis thought she was being overly dramatic. Till he had his own.

I love my three, and no, I don’t have a favorite. These pieces of my heart are scattered, Anna in Rochester, Abby in Paris, and Ezra near Portland, OR. Like all you parents, I could brag on any of them at length over a beer. Probably a pitcher. Anna was an RN at the Mayo, now going to school to be a Nurse Anesthetist. Ezra finished a six-year term in the National Guard.

Here I want to give attention to middle kid. Abby is likely the only graduate of Sleepy Eye St. Mary’s. the University of Minnesota, the Institut Barcelona d’Estudis Internacionals, and Sciences Po in Paris. She is on a unique journey for a Brown County farm kid.

To the beginning. Abigail was born to us October 1991. She came during our worst harvest: mud, poor crops, breakdowns. Then I broke my arm, so was forced to hold my new baby with a cast.

Abigail came to us with eyes wide open. I can picture her staring around intently. She was quiet, taking everything in. She didn’t talk a lot early on. That would change as Abby found her voice.

It’s interesting that children come to us with a sense of fairness. Some of that is passed socially, but it seems to be in their soul at birth. “That’s not fair!” This preternatural sense of right and wrong is an argument for the existence of a Creator.

Fairness became an intense interest for our little Abby. On the farm, that meant trying to save any bunny or bird that had been unfairly orphaned or injured. Every kitten deserved a fair shake, and that meant personal care if needed.

That shifted to humans when Abby went to school. From the early grades, she was standing up to anyone she perceived as bullying another. A couple times Pam and I cringed as she told about pushing back verbally, sometimes physically, against a playground wrongdoer. More than once we expected a phone call from another parent.

Into high school, Abby continued to stand for causes extending from the halls of St. Mary’s to the halls of Congress. Sometimes that meant Abby was on opposite sides of an issue with her teacher. No one was lukewarm toward Abby. People really liked her, or they found her annoying. She was okay with that as long as she thought she was doing the right thing.

Abby was a good student in addition to her crusades. She took Spanish in high school with Gail Bromenshenkel. That would prove to alter her path significantly. Spanish became more than schoolwork when she went to San Lucas, Guatemala with a group from the New Ulm Diocese and found herself translating.

There was also an exchange of students that Gail arranged where a handful of students got to live the life of a small-town kid in Mexico and vice versa. The Sleepy Eye natives made quick friends with locals from Silacayoapam, a village in southern Mexico. Maybe too quickly. I remember Abby telling us they were offered tequila and cigarettes their first night there.

Later she spent a college summer in Toledo, Spain, again making friends with locals. There’s been a Spanish boyfriend, too. Spanish grew from a textbook to something organic in her. Abby and I were at Meyer’s Bar once, visiting with some Hispanic men. The conversation raced in Spanish, with me plodding along in English. One of them told me I should be proud of my daughter, that Spanish sounded like her first language. As a guy barely hanging to my school German, I was.

After high school, Abby went to the University of Minnesota. She took to city life vigorously; I could see this one wasn’t coming back to the farm. She graduated early with degrees in Criminology and Spanish.

When she was young, Abby thought of going into criminal work. She was a big fan of the TV show NCIS. (Her other favorite was Buffy the Vampire Slayer. If there were a career in slaying vampires, that would have been her first choice.) While at the U, she volunteered with the Center for Homicide Research working with the FBI and did ride-alongs with police. She also had an internship at the Minnesota Supreme Court.

Somewhere along the way, her interest shifted from chasing bad guys to helping good guys. In the Cities she volunteered with social agencies using her Spanish. Abby’s first job out of college was in Seattle as a legal advocate for victims of domestic violence and sexual assault. She also helped Spanish speaking immigrants in the King County court system. Next was a move to San Jose where she worked as a Dependency Drug Court Manager for the Superior Court of California.

A constant through these was working with victims, the poor, people without power. Pam and I could see a connection between her work and the little girl on the playground standing up for the weaker kid.

Graduate school had been in her mind, and she considered doing that overseas. The election of a certain president in 2016 nudged her that way. She applied to prominent schools in Europe. These are difficult to get into, but Abby had a solid resume by then.

When she began receiving acceptance letters, it was a difficult decision. The Institut Barcelona was attractive as she had friends in Spain. After deciding on that, she learned that Sciences Po in Paris had accepted her. That is no small feat. It is the second ranked school in the world for international studies behind Harvard and lists a number of world leaders as alumni.

Abby’s been a good negotiator for getting her way since she was two. She asked Sciences Po if they would take her a year later, and they agreed. So, after getting a degree in International Relations at d’Estudis Internacionals, she headed to Paris in 2018.

A degree in Human Rights at Sciences Po requires an internship. Last fall Abby lived in Geneva working in the United Nations Human Rights Office. They liked her work enough that this spring semester back in Paris, she continued to work with the United Nations, virtually with a team in Venezuela. Some of her co-workers were taken with Abby’s place of origin; in informal communications she was known as the “runaway princess of Sleepy Eye.”

Graduation for Sciences Po was scheduled for June 27. Pam and I planned to go, but it was cancelled. That bothered Abby’s dad more than Abby. She had her mind focused on a job. She called excitedly a couple weeks ago to say that she had been accepted for a fulltime position, again with the United Nations. She will be moving to Guatemala City to work for the UN Office of Human Rights there.

On Abby’s career path, this is a good step. She told us that if you’re going to work for an international organization, you need to spend time in the “field” to be respected. The “field” typically means someplace that is not particularly comfortable and maybe not all that safe.

When friends ask what our daughter is up to, I joke that “Abby is trying to save the world.” I’m kidding, but only a little. A lot of us lately have been impressed with a younger generation that wants to make this planet a fairer place. I’ll put Abby in that group. 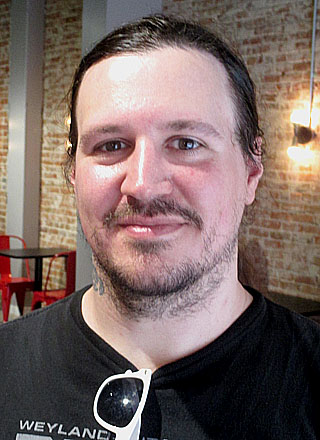