Weeds: Down home in Luckenbach

Sometimes the successful life we’re livin’ has Pam and me feuding like the Hatfields and McCoys. So, we went to Luckenbach, Texas with Waylon and Willie and the boys.

Well, it was just us in our rental car. But we asked around about Waylon and Willie.

If those mangled lyrics spark guitar strumming in your head, you might have spent half the summer of 1977 in Luckenbach, spiritually if not physically. The other half was in Margaritaville. Both those songs came out that spring. It was one of my last Summers of Little Responsibility, with memories of driving around, playing ball, hanging at the City Limits, and road trips to Met Stadium.

Luckenbach was more “Luckenbachy” than I could have imagined: a dirt parking lot with a path down to some sheds nestled in a grove of trees between the South Grape and Snail Creeks. It’s pretty much two buildings. The remnants of a post office, saloon, and general store are where I bought a Shiner Bock and a t-shirt. Over there is the dance hall; throw in picnic tables, an outdoor stage, and old license plates hanging about. Ain’t nobody feelin’ no pain.

We were to Texas to see our son Ezra, who’s living in San Antonio. I’ve never been to Texas, so this was an opportunity to see the Lone Star State while leaving behind Everest-like piles of snow in our yard.

We spent much of a week touristing San Antonio. A couple days in West Texas Hill Country got us out of the city. Luckenbach was on the way from here to there. Only regrets were missing the bluebonnets by a couple weeks and not seeing an armadillo.

While planning our trip, I remembered that the Commodity Classic was in San Antonio. The Classic is the big national winter farm show. Pam was amenable to scheduling around that. Hello tax deduction!

The night before the show, we were out in San Antonio. I ran into a fellow wearing a Missouri Soybean Growers shirt and we ended up visiting. He attends the Classic every year. I gleaned that he runs some-thousands of acres with state-of-the-art equipment. He told me that I would like the trade show, “because it’s only serious farmers.” I didn’t tell him that I run some-hundreds of acres, and my machinery is old enough to vote. I’m not sure I count as “serious.”

Regardless, off I went to the Henry Gonzalez Convention Center. It was impressive. The show floor was big enough that if it was corn, I don’t think I could have combined it in a day. Ag businesses from A Link to Zanner Ag was there. Big companies had large walk-through displays. Channel Seed had a live band. Pioneer Seed had a magician. John Deere and Case-IH found a door big enough to bring in equipment, looking impossibly bigger because it was inside. It’d be like if your car was in your living room.

Booths had earnest young men and women anxious to catch your eye, give you their elevator speech, and hand you literature. Being a polite Midwesterner I found myself talking to some even though I wasn’t really sure what their company did.

There were seminars with superstars of agriculture, names I’d read in Farm Journal and Successful Farming for years. I confess to being a little awestruck. “Oh look, there’s Bryce Anderson!” I learned at a marketing workshop that corn and soybean prices could go up or they could go down. From a panel of ag economists, I learned that farming could get better or it could get worse.

David Hula, 619 bushels per acre corn, and Randy Dowdy, 190 bushels per acre soybeans, were there to tell us we could all grow more. I guess we’ll figure out what to do with it after we’ve grown it. The history of American agriculture is mostly one of oversupply and low prices, so that fits.

After being herded through one of a dozen lunch lines, I went out to my car to charge my phone. Walking from the sun into a dark parking ramp, my eyes were adjusting as I looked for the unlock button on my key. It was then that I found out there were cement curbs in front of the cars. I found this out the hard way. After tripping over one, hitting my head on a car bumper, jamming my hand into the curb, and banging my left side into the floor, I had time to reflect.

My immediate concern was whether any parts of me were broken. As I dragged myself up, I saw my pants were torn and my knee was bleeding. Head and hand were worse for wear, but just sore. Later, Pam pointed out that there was an oil stain on the rear of my pants. Probably best I didn’t know that.

I wasn’t going to keep that from using what remained of my $180 pass. Back inside, despite looking like I’d lost a bar fight, I continued going through the aisles, window shopping and trying to look like a serious farmer.

In the small-world proof of the day, some farmers I know from Renville County were there. Owen told me he was going to see Millennial Farmer at the YouTube exhibit. Millennial Farmer is Zach Johnson, a young farmer from west central Minnesota. Zach is a “vlogger” who posts videos about life on the farm.

A Millennial Farmer video about rescuing a tractor that was stuck in the mud received over 1.7 million views. I wrote last spring about getting a tractor stuck; I didn’t have 1.7 million readers. When I mentioned this to Pam, she suggested that I create Weeds videos. I’m not sure about that.

Zach was on a panel of young farmers who talked about creating their own YouTube channels. I gather it can be a nice side income if you grow enough viewers. In a world where so few people have a connection to agriculture, they are doing a service communicating what it is we do on farms. Besides Zach, there was Stoney Ridge Farmer from North Carolina, Rick from Welker Farms in Montana, and Tara from Beaver Vineyard in California. They were impressive in their enthusiasm, a delight for this old farmer to watch.

This was later in the afternoon, and YouTube had rolled out a beverage cart. A beer was medicinal for my achy knee, hand, and head. I thought about what my father would have made of this. Sylvester grew up farming with horses and using kerosene lamps. Work was hard and profits thin. Millennial Farmer is only a few generations removed from Sylvester, but farm life and work have changed in ways that would have been unimaginable to my dad.

As I sipped my beer listening to the young YouTubers on the stage, I turned to Owen and said, “This is definitely not our father’s agriculture.”

Like everyone in Minnesota, we are adjusting to a different set of circumstances around us than three weeks ago. In ...

For long-time residents and short-term visitors alike, the Park and Rec system in New Ulm can be large to navigate. ... 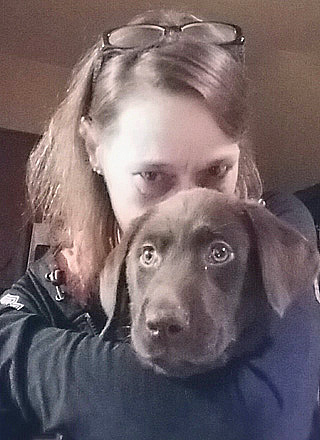 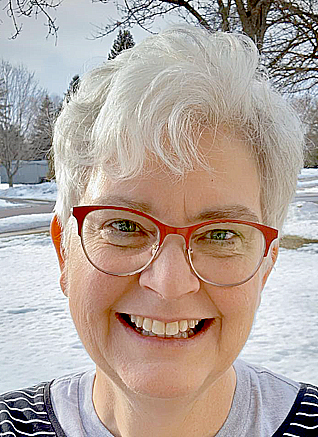