Every good news story is supposed to answer the 5 W’s and the H: who, what, when, where, why and how.

Last week’s announcement regarding the closure of Sleepy Eye’s Del Monte packaging plant answered five of those questions, but there’s a prevailing one a lot of people have been asking since: Why?

The folks who really know the answer to that question, the higher ups at Del Monte, aren’t saying much beyond vague generalities such as “rapidly changing marketplace” and “asset-light strategy.”

So that leaves the rest of us to speculate as to what prompted company officials to close an 80-year-old plant that, by all accounts, was its most productive nationwide in terms of volume.

An article in the Star Tribune suggested a possible why, stating “consumer preference shift toward fresh or frozen produce,” while also mentioning the closure of another vegetable-canning plant in Rochester.

However, a major decision to close a plant of this size isn’t caused by one factor, even one like shifting consumer preferences.

Sleepy Eye Herald-Dispatch Editor Deb Moldaschel recalled in her column an exchange between the Seneca Foods owner and U.S. Ag Secretary Sonny Perdue about how steel tariffs drive up the costs of manufacturing cans.

And when I hear numbers like 70 full time and 300 some-odd seasonal/part-time workers, I’m also reminded of struggles they have had, along with everyone else, in finding help. Trying to fill that many seasonal positions in fact has become so difficult for Del Monte that the wages they were forced to offer would have inevitably driven up operation costs, increasing the cost benefit of closing the plant.

Ironically, the disappearance of the family farm, which can be correlated to the increasing presence of corporate agriculture industries like Del Monte, helped contribute to this personnel shortfall. With fewer family farms in the area, there’s fewer teenagers raised on a farm who know how to operate a combine or a tractor, much less come equipped with the necessary work ethic to survive 80-hour weeks inherent with harvest season.

But regardless of the why, the “how” remains, and more specifically, how it will adversely impact the Sleepy Eye community and beyond, remains unknown. However, in many ways, the closing of this particular plant is worse than most.

There’s the obvious job loss and all that is associated with a reduced workforce in a community: reduced population (and home values), fewer students (and thus money) in the school district, fewer tax dollars for infrastructure improvement and fewer payroll dollars circulated throughout the community.

And as profound as Del Monte’s impact on the local economy may be, it extended far beyond its 70 full-time and 300 seasonal employees. There are hundreds of farmers in the region who used to sell their corn and peas to Del Monte who will be looking for a new buyer come next year. Then there’s the trucking companies who benefited from contracts to haul those vegetables from the farm to the plant.

Including all of them, there were literally thousands of people receiving income from that plant who won’t be next year.

And possibly most importantly, Del Monte was in many ways the heart and soul of the Sleepy Eye community, which made the announcement of the closing on the heels of Corn Days Celebration all the more ironically tragic.

As a community, Sleepy Eye is now at a crossroads. Down one path is a slow death by a thousand paper cuts where Sleepy Eye transforms from a bustling little community to one with a Casey’s, a downtown filled with empty buildings and few hundred residents who talk about the “good old days.”

The alternative is going to be a real challenge in which community leaders manage to replace some, if not all of those jobs or at the very least, find a new way to define the community and lead it in a new direction that doesn’t include these seemingly essential manufacturing jobs.

One thing is for sure: for the latter to happen, Sleepy Eye will need some help. Literally minutes after Del Monte’s announcement, state officials were in contact with local leaders, but it will take more than that. Brown County and all the communities in it should be pooling their resources and doing whatever they can to help Sleepy Eye out in terms of life after Del Monte.

There is a new chapter to be written in the history of Sleepy Eye, and hopefully it’s one with a happy ending that includes help from all of its neighbors. 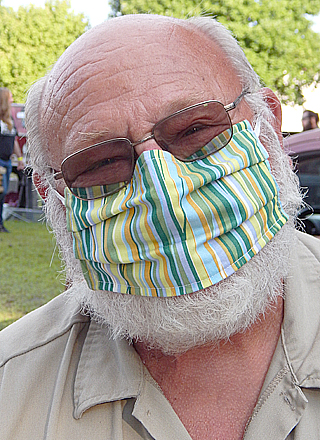 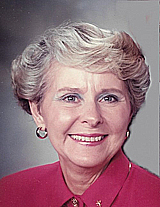