What’s Going On: ‘Miss, where was the Lord in them days?’

When I was three years old while walking with my mom, a passing motorcyclist clipped my left leg.

I don’t remember the accident (fortunately) or the immediate aftermath, but I do remember the cast. Maybe because my leg itched incessantly inside of it, but I also distinctly remember a Big Bird postage-stamp sized sticker on it as well.

I can still visualize that sticker today, and that just so happens to be my first memory.

It’s an odd memory, I’ll admit. Not really a pleasant one, but certainly not a traumatized one … unlike Oliver Bell’s first memory.

“I’ll tell you the first thing I remember, and I don’t know what started it,” the Alabama man told an interviewer. “One day my mammy done something, and old master made her pull her dress down round her waist and made her lay down across the floor. Then he taken a leather strap and whooped her. I remembers that I started crying and Mistus Beckie said, ‘Go get that boy a biscuit.'”

The year was 1937 and Bell was one of 2,000 former slaves interviewed as part of a federal project to chronicle their experiences.

Excerpts from Bell’s and eight other former slaves interviews were published Monday in the Montgomery Advertiser.

While June 3, 2019 may seem like a random day to publish those interviews it wasn’t, at least not in Alabama where you couldn’t pay a traffic ticket at the courthouse, apply for a marriage license, or renew your automobile tags.

Why couldn’t you do those things? Because June 3 is a state holiday in Alabama, honoring the birthday of Jefferson Davis.

“I was growed up when the war come, and I was a mother before it closed. Babies was snatched from their mother’s breasts and sold to speculators. Children was separated from sisters and brother and never saw each other again. Course they cry; you think they not cry when they was sold like cattle? I could tell you about it all day, but even then you couldn’t guess the awfulness of it,” – Delia Garlic.

The South is a strange place. While I haven’t been there since visiting Georgia and South Carolina for my honeymoon in 2006, I can’t imagine it has changed much because basically, the region is stuck in time … especially in rural areas.

Drive around rural Louisiana, Alabama, Mississippi and Georgia and it isn’t hard to visualize life back when Bell and Garlic and other former slaves were being interviewed.

It looks like and feels like 1937 and unfortunately, a lot of people still think they are in 1937, which is why Alabama celebrates the birthday of a traitor and a racist in the 21st century.

And make no mistake, Davis was both. He led an armed insurrection against the country he swore an oath to, and time and again stated racial beliefs later shared by Adolph Hitler.

After his inauguration as president of the Confederacy, Davis said “We recognized the negro as God and God’s Book and God’s laws, in nature, tell us to recognize him. Our inferior, fitted expressly for servitude.”

Only in the South would this man be honored annually.

“I seed slaves plenty times with iron bands round their ankles and a hole in the band and an iron rod fastens to hit what went up the outside of their leg to the waist and fasten to another iron band around the waist. This was to keep them from bending their legs and running away. They called it putting the stiff knee on you, and it sure made them stiff. Sometimes it made them sick, too, because they had them iron bands so tight round the ankles that when they took them off live things was under them, and that’s what give them fever … Miss, where was the Lord in them days? What was he doing?” – George Young.

Up north, we read the national stories about the controversy surrounding the removal of Confederate monuments and statues with a sense of detachment and disinterest.

We don’t really understand what the fuss is about and for the most part, don’t care. But when I read these first hand accounts of former slaves, its hard not to feel empathy for them and their descendants who don’t want to be reminded of that era of oppression or celebrate the memory of those who supported and tried to preserve it.

Despite some southerners continued efforts to paint it in a different light, the Civil War was about preserving slavery. Not state’s rights. Every single seceding state cited slavery as the primary reason for leaving the union while Davis’ vice-president called it the “cornerstone” for the new government.

To continue to commemorate the birthday of a man who not only owned hundreds of slaves but did everything he could to allow others to do the same is abhorrent and absolutely should end.

“The overseer … was mean as anybody. He’d whup you nigh about to death, and had a whupping log where he’d strip em buck naked and lay them on the log. He’d whup them with a wide strap, wider than my hand, then he pop the blisters what he raised and nint them with red pepper, salt and vinegar. Then he put them in the house they call the pest house and have a woman stay there to keep the flies off them till they get able to move.” – Laura Clark.

Vote at home empowers voters, letting them decide when, how and where they vote. They don’t have to take time ... 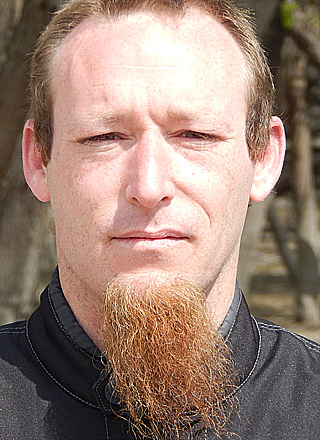