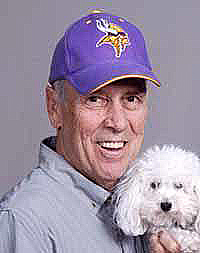 Gerald A. Johnson, 75, of Isle, passed away August 31, 2019, from complications of heart disease, diabetes, Alz- heimers and kidney cancer at Mid-Valley Nursing Home in Mercedes, Texas.

A celebration of life will be held at Llano Grande Lake Park in Mercedes in November. There will also be a memorial service in New Ulm, Minn., in 2020 for family and friends in Minnesota.

Gerald is survived by his wife, Ruth (Fluegge) Johnson and his little buddy Copo; niece, Wendy (Jack) Smith in George, Iowa; half sisters Cathy (Grover) Thomas of Atlanta, Janet (Pete) Pope and Susan (Jim) Beaurline in Texas; half sisters, Carolyn, Marta; half brother Billy Racy in Florida; inlaws and their families in Minnesota and friends.

Gerald was born March 30, 1944, in Sioux Falls, S.D., to Helen Olson. He was a foster child with the Johnsons until his adoption at one year old. He graduated from Washington High in Sioux Falls. He spent six years in the National Guard. His best employment was 30 years at American National Can (now Ball Containers) retiring in 2001.

He was united in marriage to Ruth Fluegge on Dec. 16, 1972. They resided in Hopkins, Minn., before retiring and moved to Isle in 2001. During their marriage they traveled to many western states, Canada and Mexico City. In 2003 they began going south for winters and wound up buying a mobile home in Mercedes.

Gerald loved to hunt, fish and golf with his many friends. He was an avid follower of the Minnesota Twins, Vikings and Gophers, even while in Texas. he was a member of Fiddlestix Golf Course and the Isle Lions.