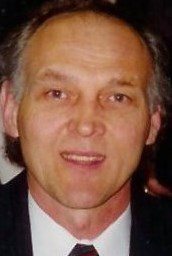 Patrick George Bauer, age 72 of St. Michael, passed away on Monday, September 4, 2017 at the Wellstead of Rogers. He was born January 23, 1945 in New Ulm, MN, the son of George Joseph and Louise Barbara (Domeier) Bauer.

Patrick attended New Ulm Cathedral and graduated from DeVry University in Chicago with an associates degree in Electrical Engineering. His inventions and attention to detail set his company: Bauer Electronics and later ClassTech (the retail division) on a path to continued growth. One facet of the business included exact replicates of the wiring harnesses used in Ford cars Model A -through mid-50’s models. Patrick sold the business and it continues to thrive. Jay Leno is even one of their many clients!

On June 27, 1987, Patrick Bauer and Kathleen Morin were united in marriage at the rose garden in Minneapolis.

Patrick was a member of the National Stereoscope Association. He enjoyed inventing things, photography, videography, playing the drums in his younger years, traveling, watching sunsets, building fires, camping, drinking Coke and eating bacon, and most importantly being a Grandpa.

He is preceded in death by his parents, George and Louise Bauer; infant twin brothers; siblings, Wally Bauer and Sr. Louise Bauer; and step-son, Michael Lange.

In lieu of flowers, memorials are preferred to the Prostate Cancer Foundation.