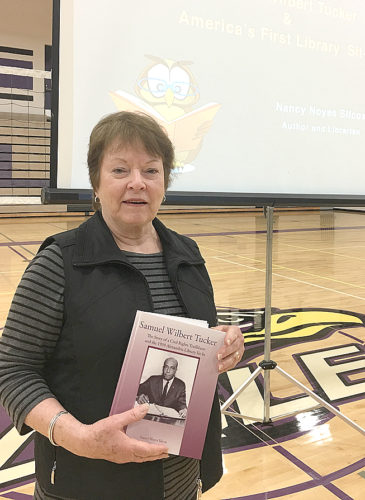 Submitted photo Recently, New Ulm Middle School had welcome surprise when author Nancy Noyes Silcox, in town for her class reunion, volunteered to share a book she wrote with NUMS 7th graders. Nancy is a graduate from NUHS, an inductee into the NUHS Hall of Fame and author of the book ...

FAIRFAX — Minnesota author Allen Eskens, bestselling author of “The Life We Bury,” “The Guise of Another,” “The Heavens May Fall,” “The Deep Dark Descending” and “The Shadows We Hide” will visit the Fairfax Public Library for a program and a book signing on Tuesday, Nov. ...

Sen. Amy Klobuchar and Jim Newberger responded to a Minnesota Newspaper Association questionnaire asking about their view on issues. Their answers are given here. They have been slightly edited for length. To see a document with their complete answers go to www.nujournal.com Top priority: If ...

Sen. Amy Klobuchar and Jim Newberger responded to a Minnesota Newspaper Association questionnaire asking about their view on issues. Their answers are given here. They have been slightly edited for length. To see a document with their complete answers go to www.nujournal.com Top priority: If ... 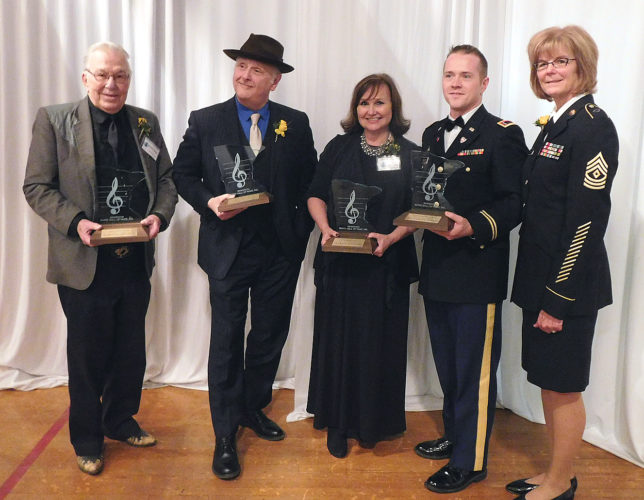 NEW ULM — Friday’s ceremony at Turner Hall was music to the ears of the six new inductee of the Minnesota Music Hall of Fame. It was the 30th annual Induction Ceremony held by the Hall of Fame. The 2018 inductees included University of Minnesota organist Dean Billmeyer, Educator in Native ... 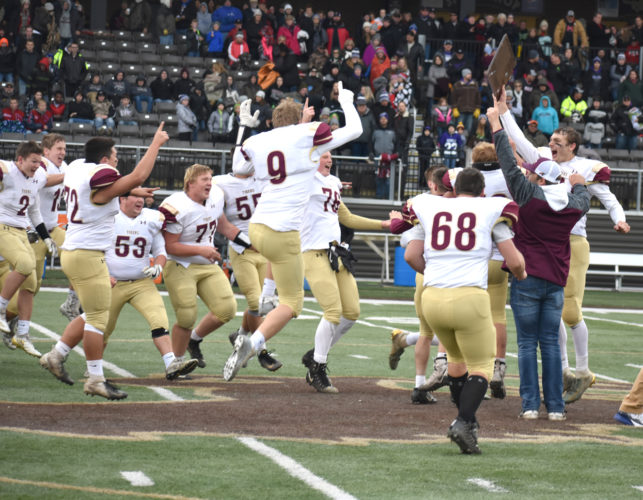 Staff photo by Jeremy Behnke Springfield players celebrate their Section 3A championship at Mattke Field at Southwest Minnesota State University in Marshall. The No. 3 seed Tigers defeated No. 1 seed Murray County Central 15-14 to earn their first trip to the Class A State Tournament since ... 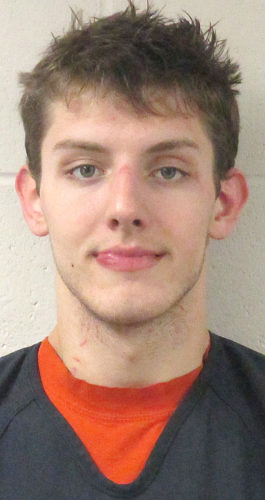 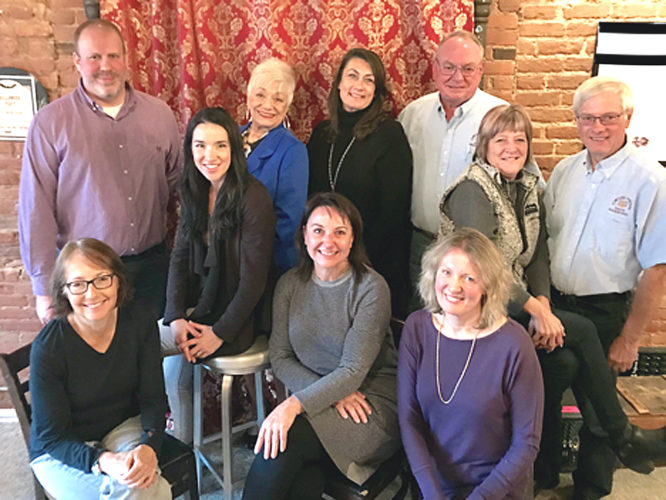 NEW ULM — The New Ulm Area Foundation recently held a reception for the 2018 Fall Grant recipients. $20,575 were given in grants for this fall cycle. Awarded from the NUVERA and Somsen Endowment Funds was a grant to the Concord Singers for $2,375 to fund the preservation and retention of ...

FRANKLIN — A Courtland man sustained serious injuries in a farming accident norhteast of Franklin. At 9:58 a.m. Friday, Renville County Sheriff’s Office was notified of an accident at a hog barn site on 660th Aveneu in the Bandon Township, approximately two miles northeast of ...

The front page story in the Friday, Nov. 2 edition of The Journal about area political races should have included Sleepy Eye 2nd Ward Councilman Richard Zinniel being challenged by Gary Windschitl in the Nov. 6 election. 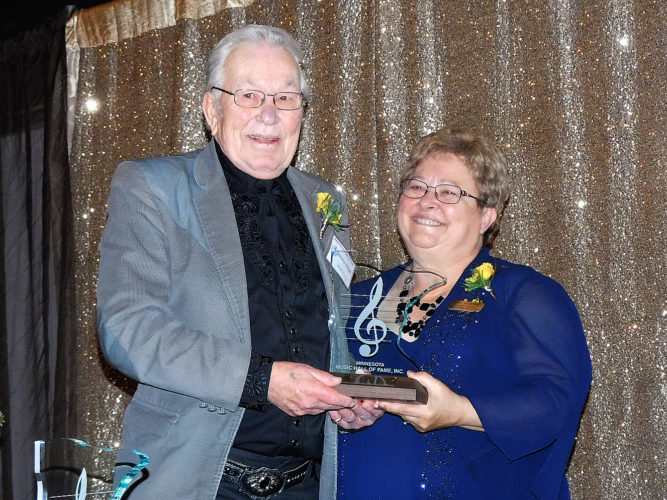 Grand night for the Hall of Fame 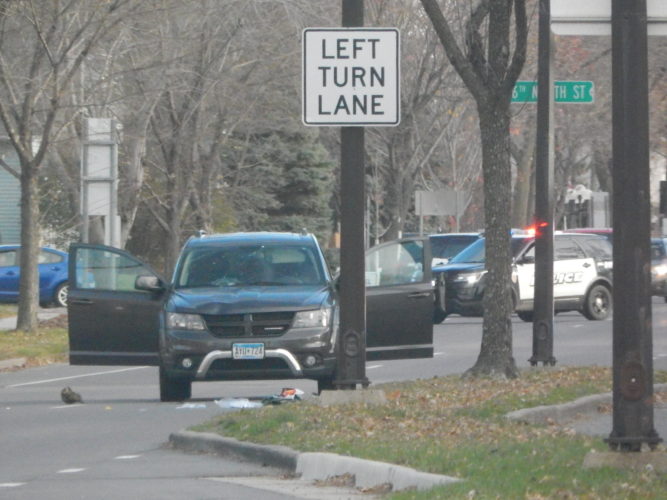 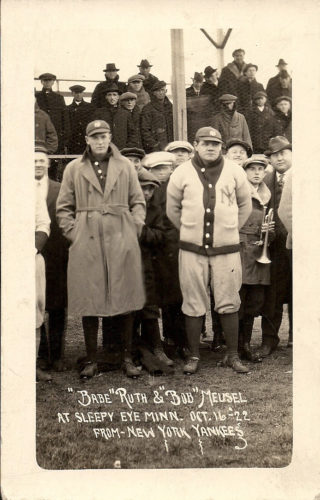 MORGAN — Cedar Mountain School District voters will determine the fate of a $790 per pupil unit operating levy increase on General Election Day, Tuesday, Nov. 6. If approved, the 10-year operating levy will generate about $400,000 in new revenue and would take effect for the 2019-2020 ...

By Clay Schuldt Staff Writer NEW ULM — All ears tuned to the music of Minnesota will be focused on New Ulm, Friday. The Minnesota Music Hall of Fame is holding its 30th Induction Ceremony. The banquet dinner starts at 6 p.m. with the Induction Ceremony starting at 7:30 p.m. The event ...

NEW ULM — A 63-year-old New Ulm man was killed Thursday when he was struck by a car while crossing Broadway at 6th North St. According to the Minnesota State Patrol a 48-year-old woman from New Ulm was driving a 2017 Dodge Journey northbound on Broadway when she struck the pedestrian. ...

NEW ULM — Halloween 2018 was a scream. Throughout town little devils and angels mingled with the ghosts, goblins and every other manner of creepy crawly. As is the New Ulm custom, State Street was crowded with trick or treaters and the houses were decorated to look as spooky and inviting ... 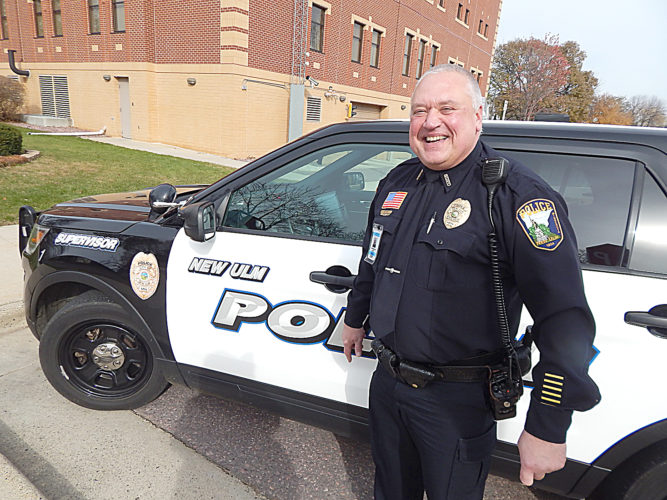 NEW ULM — New Ulm Police Chief Myron Wieland said he considers himself “very fortunate” to have joined the police force with a group of professionals 30 years ago who didn’t follow the usual officer track. “I was schooled by officers with unique personalities, many of which were ...