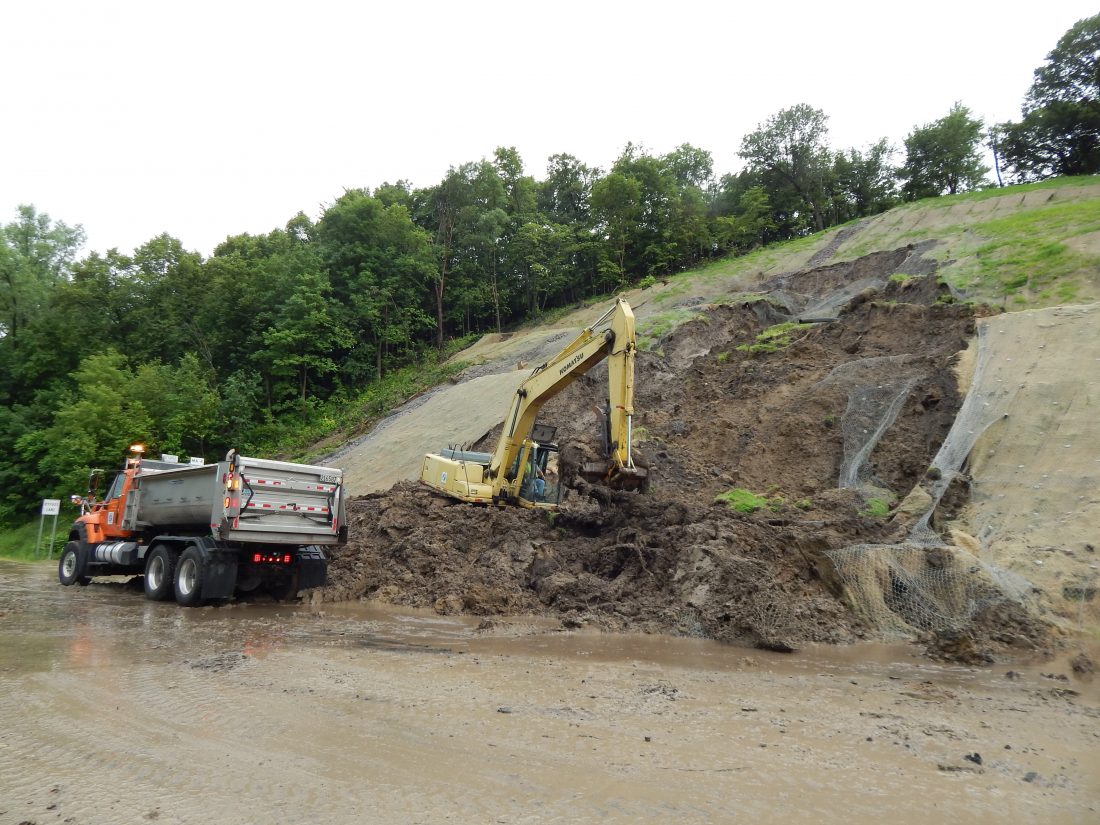 A number of urban areas, highways, streets, underpasses, creeks and streams were flooded.

New Ulm Police closed parts of North Front Street and North Highland Avenue due to flooding Monday morning. The roads were reopened later in the morning, but police urged drivers to slow down and use caution in those areas.

The storm dumped more than four inches of rain in the central part of Renville County, western and central Sibley County, much of Nicollet County, southern and eastern Brown County, and parts of Le Sueur County.

The NWS advised motorists to report flooding to local law enforcement agencies or the NWS in the Twin Cities when they can do so safely.

Motorists are asked to use an alternate route or use U.S. Highway 14.

Minnesota Department of Transportation (MnDOT) officials will monitor the slide area to make sure no more debris slide onto the road.

The slope with the mudslide, just west of CR 24 was extensively damaged in recent years. It was re-stabilized this spring. The new turn had not yet been established. Drainage features became overloaded causing repair work to fail.

When a road is closed, it is illegal to travel in the area. Motorists can be fined up to $1,000 and/or serve 90 days in jail. If travelers need to be rescued from a closed road, other expenses and penalties will apply.

State Highway 93, between U.S. 169 (Le Sueur) and Ridge Road (Henderson), is closed due to flooding. A detour is in operation.