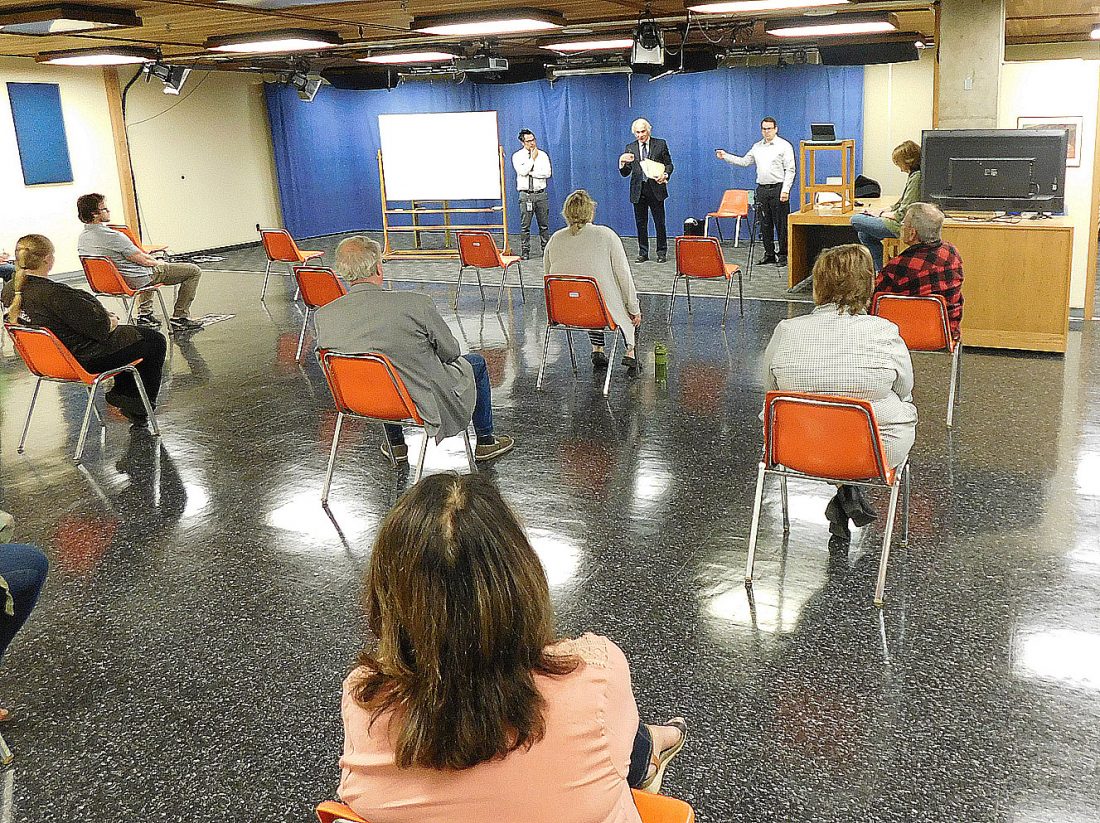 Gov. Tim Walz’s executive order will allow bars and restaurants to serve customers outside. Tables and patios must allow six feet of space between customers. Tables can only serve four people–six if the people are part of a family unit. Each bar or restaurant is limited to 50 customers at a time and advanced reservations are required.

The city and chamber were seeking creative ways to help the business while staying within legal regulations.

“We’re trying to follow the Governor’s order. This is not a town hall about overthrowing the government,” Looft said. “We’re in a box, let’s try to get creative.”

Dalton said as a temporary solution, restaurants and bars could extend service out to parking lots directly in front of the business.

Hippert said parking can be used, but it must be contiguous with the business. An application to extend the business licenses must be submitted to the city that includes a mapped out location the business plans to extend. There is no extra charge for extending the liquor license, but liability insurance could be impacted.

These extension applications will require New Ulm City council approval. The next regular city council meeting is Tuesday, June 2. If businesses can apply by noon, Friday, May 29 it could be put on the agenda for approval on June 2.

Hippert encouraged businesses to apply as soon as possible to allow the city to work out any issues with the application before it comes before the council.

If restaurants and bars decide to extend into parking spaces, a barrier will need to be placed around the spaces to prevent patrons from wandering out of an area with alcohol.

Other business owners were concerned the parking spaces were not enough room to accommodate enough volumes to reopen. Business owners began asking if Minnesota Street could be shut down during certain hours of the day to allow businesses to use more of the street.

Kyle Marti presented an idea in which tables were placed on Minnesota Street during certain hours of the day. Each establishment would maintain its closed-off section, but the entire street could be used for space.

Marti said in Germany the thoroughfares are converted into outdoor dining and drinking locations. Schell’s was willing to temporarily loan tables to establishments for this purpose.

Hippert said the council could shut down the street, but the liquor sales would need to be restricted to each establishment. Individuals could not take alcohol from one place to the next. The concern is people will be roaming downtown with open liquor containers.

It was suggested the downtown business owners could develop a unified proposal to benefit everyone.

There were some concerns that by closing Minnesota Street, other businesses like salons or boutiques would be blocked off.

Sandy Reinke, owner of Bailey Creek Boutique said her business was not impacted by the June 1 reopening, but she wanted to support the restaurants and bars.

B&L owner Rick Kamm had concerns on how to regulate the 50-person limit, especially if reservations are required.

Marti suggested having customers rent a table for an allotted time. If patrons needed to pay to get in, it would help maintain the 50 person requirement, but also help businesses watch the bottom line to make reopening profitable.

Looft suggested a section of Minnesota Street could be set aside for tables for customers to bring food, but alcohol would be prohibited in this section.

Dalton said a plan for closing Minnesota Street during certain hours of operation could be brought to the city council on June 2. The street would likely only be closed during evening hours during the weekend. The individual bars and restaurants would still need to apply for license extensions.

City staff will work on a possible street closure plan but will seek further input from the business community before June 2.

A follow-up meeting was scheduled for 9 a.m. Wednesday, May 27 at the Public Library. 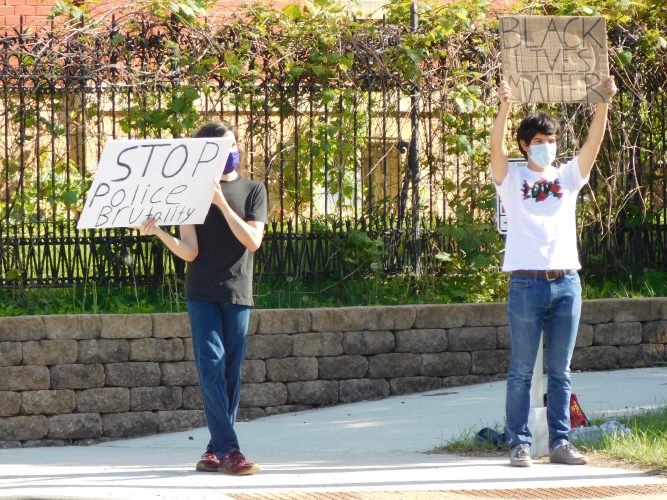 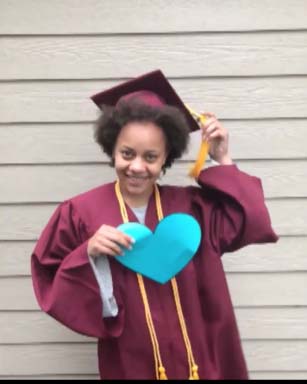