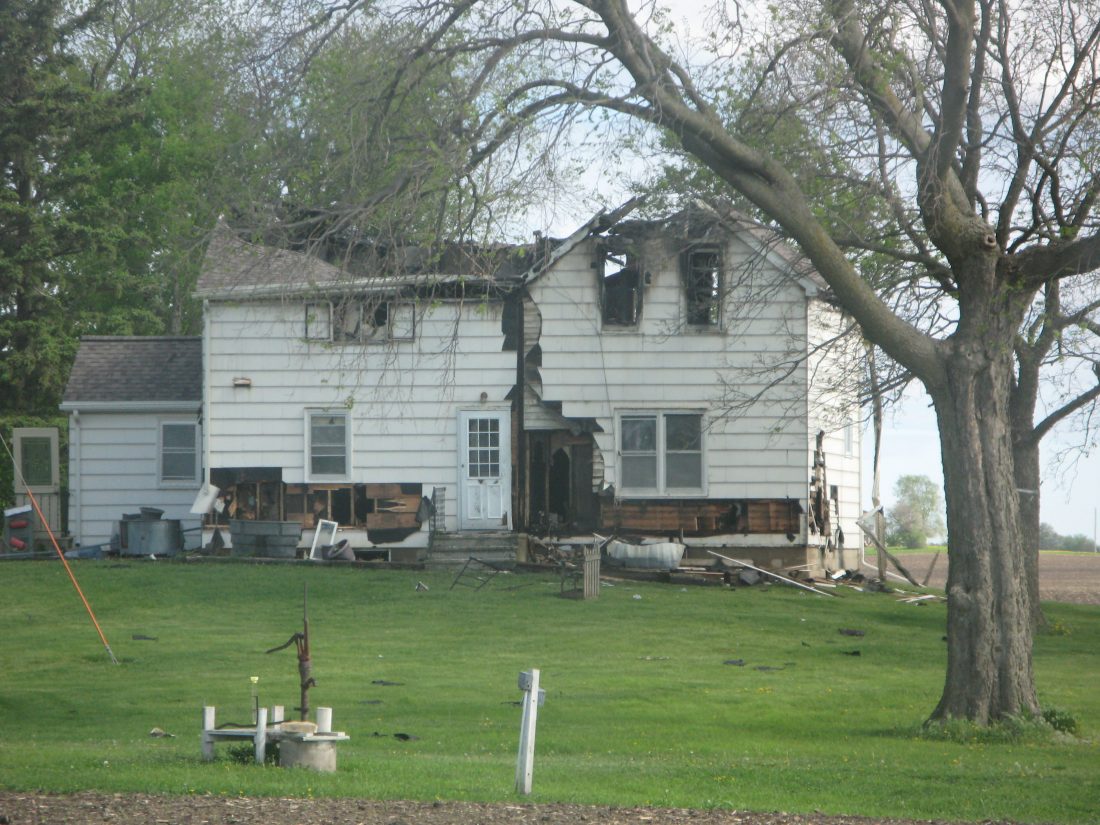 LEAVENWORTH — Firefighters from Sleepy Eye, Springfield and Comfrey responded to a house fire Saturday afternoon a mile north of Leavenworth.

Sleepy Eye Fire Chief Ron Zinniel said a fire call was received at about 2 p.m. Saturday at 31130 185th St. Zinniel said the second story of the home was on fire when firefighters arrived.

“Nobody was hurt in the fire but the wind was a factor,” Zinniel said. “There was extensive damage to the upper floor of the residence.”

Zinniel said residents were at home Saturday afternoon when they noticed smoke coming from the upper eves of the home. He said nobody was hurt in the fire and the cause of the fire has not yet been determined. Zinniel said the Red Cross was contacted to assist the residents.Staff photo by Fritz Busch

The upper level of a residence at 31130 185th Street, one mile north of Leavenworth, was extensively damaged by a three-alarm fire Saturday afternoon. Nobody was hurt in the fire.