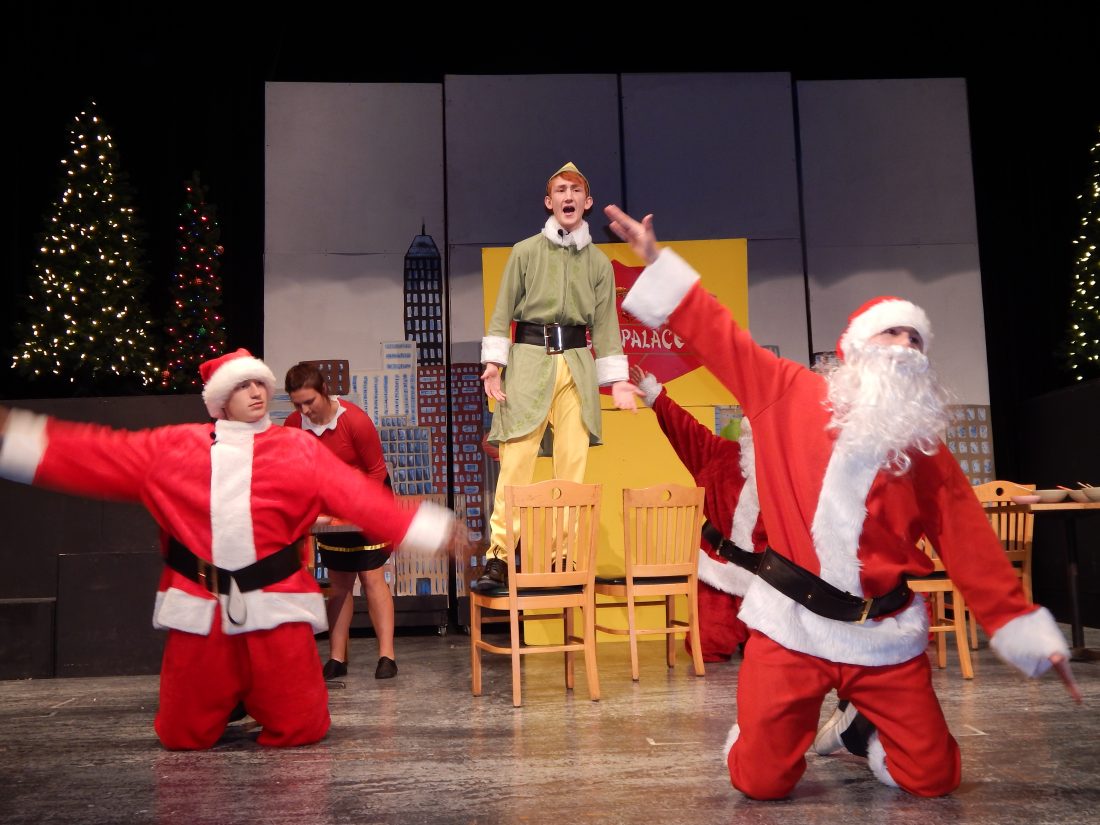 Based on the 2003 New Line Cinema hit “Elf,” the film written by David Berenbaum, is about Buddy, a young orphan who mistakenly crawls in Santa’s bag of gifts and is transported to the North Pole. The would-be elf is raised, not realizing he is really human, until his enormous size and poor toy-making abilities cause him to face the truth.

With Sant’s permission, Buddy begins a journey to New York City to find his birth father and learn his true identity.

Faced with harsh realities that his father is on the naughty list and his half-brother doesn’t even believe in Santa, Buddy is determined to win over his new family and help New York remember the true meaning of Christmas.

“This is an extremely dedicated cast and crew working around some very hectic schedules,” said director Sandy Brinkman. “They have worked very hard to bring the story to life. It is sure to get you into the Christmas spirit.”

Brinkman said many people are working “non stop” to get the fine tuning completed.

“From the tech crew, scenic painting, costumes, it requires lots of people willing to share their time and talents,” Brinkman said. “I have put a lot of trust in my lead and supporting characters. They have stepped up to the challenge. At this point in the rehearsal process, you let the kids take over. It’s their time to shine.”

Tickets are $10 for adults, $7 for students in grades 7-12 and $5 for younger children. Pre-sale tickets can be bought at the high school concession stand, 3 to 4 p.m. Monday through Friday and at the door, one hour prior to the performance.