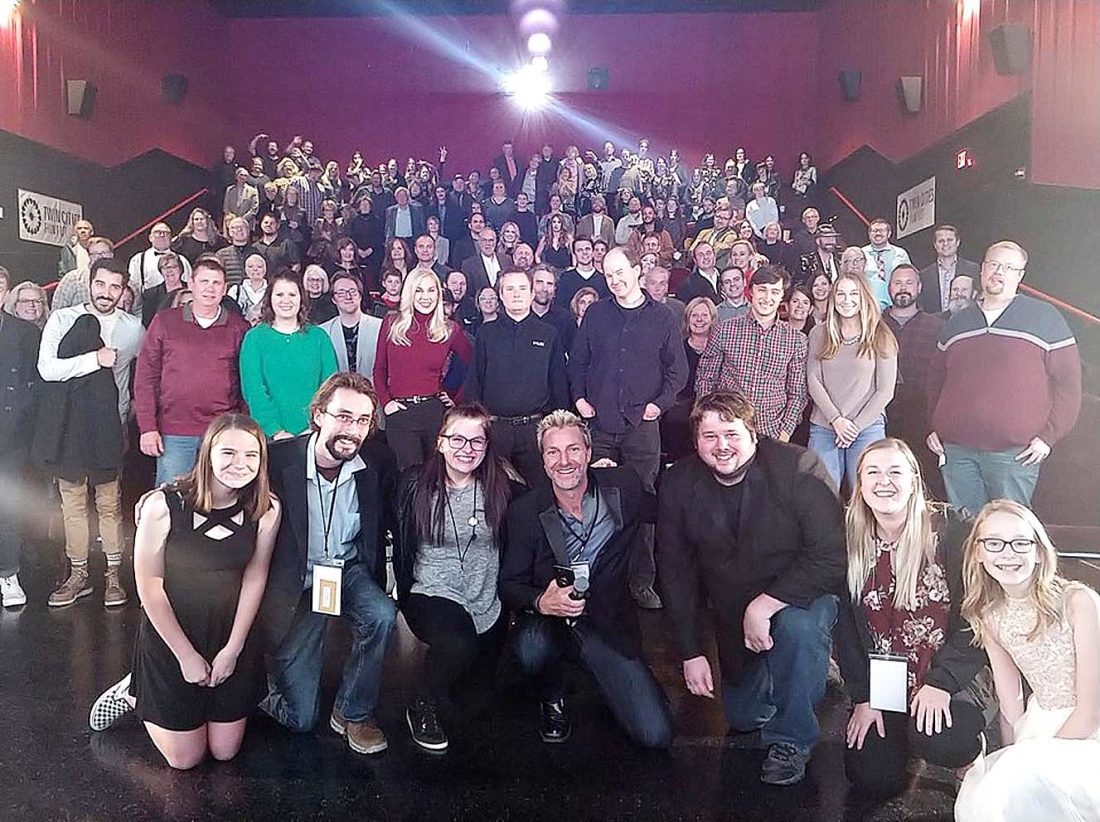 Photo courtesy of Jack Beranek The cast and crew of “Max Bishop” pose in front of the sold-out audience at the premiere of the film during Twin Cities Film Fest.

Beranek wrote and directed the film. “Max Bishop” is a dark comedy about a hit man who takes a job as a janitor at an elementary school. The first public screening of the film was held Thursday night at the Showplace Icon in St. Louis Park at it was a sold-out show.

“I think it went well,” Beranek said. The audience response was what the filmmakers wanted. “I was excited and grateful for everyone who came out to see it.”

“Max Bishop” was the first movie in the film fest to sell out the seats.

Beranek started writing the film script in 2017 and was able to film it in 2018. He said while writing it he already had actors in mind for the parts.

On the production side, Beranek was also able to work with collaborators he has known since film school including cinematographer Billy Straub, producer Steven Sherman, and assistant director Kevin Ackley.

New Ulm audiences will likely recognize the shooting locations, as Beranek shot most of the film in town. The production was in New Ulm for two and a half weeks. They filmed at Jefferson Elementary, Washington Learning Center, the Lind House and exterior locations in Goosetown.

The film fest will hold a second screening of “Max Bishop” 2:30 p.m., Wednesday at the Showplace Icon Theater.

Beranek said there are still seats available for this screening. Tickets are available at http://twincitiesfilmfest.org.

Beranek said he and the producers are working to bring “Max Bishop” to other film festivals in the next month, but hopes to host local screenings in Spring 2020.