It’s OK to wear white (Drink a White Russian, too) 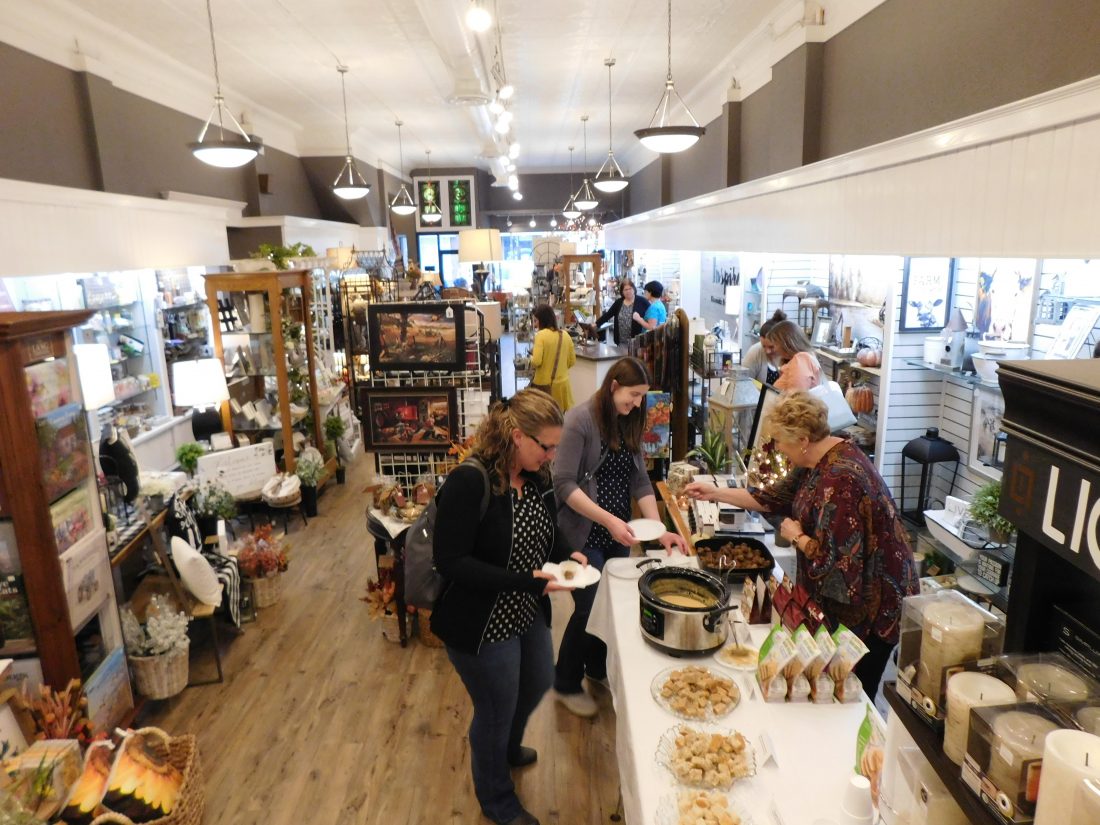 Staff photos by Clay Schuldt The beer cheese dip appetizer was a favorite at Inspired.

NEW ULM — It’s OK to wear white after Labor Day, and it’s OK to drink a White Russian too!

Downtown Minnesota Street was the place to be Wednesday for those seeking the latest fall trends.

The Modenschau Boutique and Pub Crawl were held downtown at four boutiques and four bars.

The boutiques included A to Zinnia Floral and Gifts, Bailey Creek Boutique, Gallery 512 Boutique, and Inspired. The four bars/restaurants were B&L Bar, Lamplighter Restaurant and Lounge, The Retz 227, and Sozial Restaurant and Bar.

Appetizers were available at all four boutiques and a specialty beverage at all four bars. Later, dessert and coffee were served at Lola’s.

The eight prize packages were valued at $50 each, plus $40 worth of coupons at participating boutiques.

Since fall is around the corner, the popular fashion choice was geared toward cooler weather. It was officially sweater season.

Sandy Reinke of Bailey Creek said a hooded sweatshirt is always nice. Ponchos and wraps are also making a comeback.

Danielle Fischer Marti at Gallery 512 said the long trench coats were popular, but brightly striped sweaters and corduroy skirts were also in vogue.

Christina Schwab at Inspired said camouflage prints were catching on. Inspired had a few models walking around showing off the hunting-inspired look.

Nearly every boutique cited animal print clothes as being extremely popular. Heather Hacker-Hammer at A to Zinnia Floral & Gifts said in terms of clothing, neutral colors combined with an animal print, were popular this season.

The boutique owners also confirmed that wearing white after Labor Day was no longer a faux pas.

“Women will still apologize for wearing white after Labor Day, but I think that whole theory is a faux pas,” Reinke said. “Sometimes you need to wear white. If it feels good to go with it.”

The white after Labor Day theory was shot down at the B&L too. As part of the pub crawl, B&L served Peanut Butter White Russians.

The Modenschau fashion show has been a tradition in New Ulm for the past few years, but this time the runway show was changed to a sip and shop style event.

Bailey Creek owner Sandy Reinke that by incorporating the downtown bars, a greater number of businesses could be involved in the event. In total, nine businesses cooperated in the Boutique and Pub Crawl. The change worked because the 150 tickets available sold out by Monday.

This event is planned by the Small Business Owners Group with support from the New Ulm Chamber and the New Ulm Business & Retail Association.