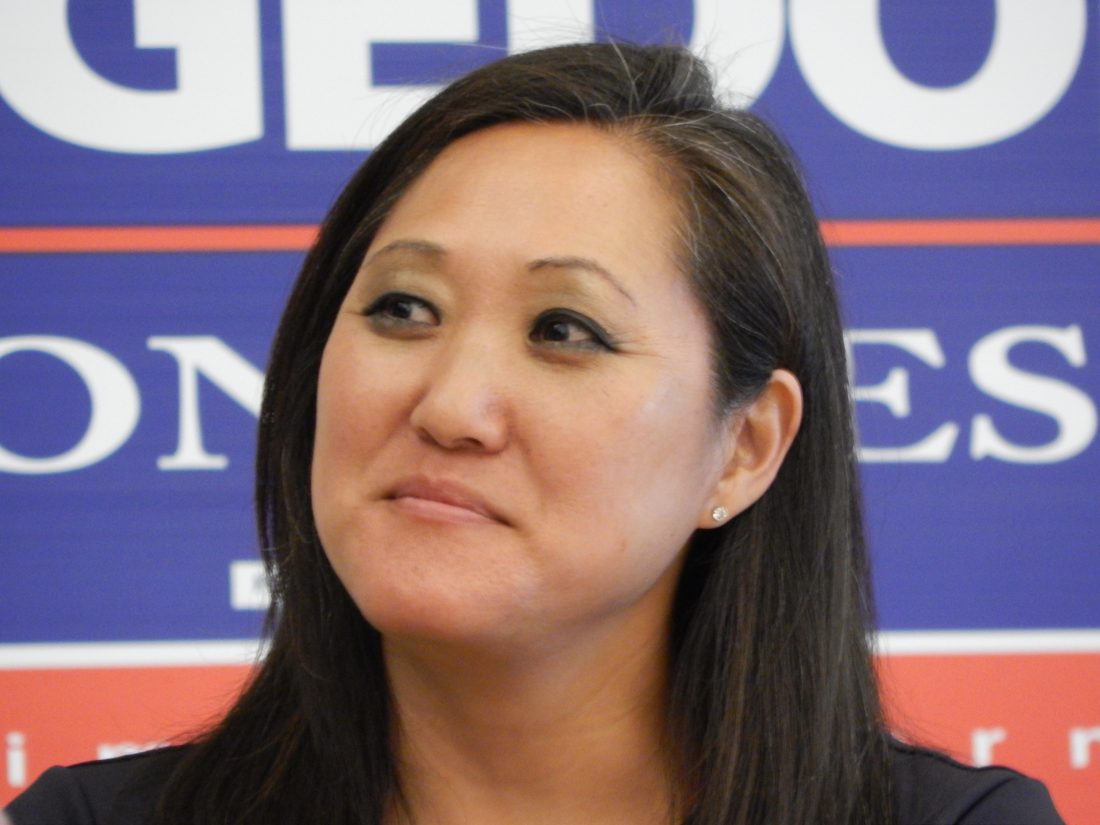 “People threw garbage at me and called me trash when I was in the Republican booth,” Carnahan said. “That’s the left. We called 911 and got a police escort out of the state fairgrounds.”

Carnahan said political volunteers were spit on in the face. She said beer was dumped on political merchandise.

After political bickering got ugly, the Republican and Democratic parties installed security cameras inside state fair booths for the first time.

District 16B Rep. Paul Torkelson of Hanska took swings at the Democrats.

“They think the government can do everything better than private business,” Torkelson said. “After spending $200 million on a license bureau computer system that has been causing trouble for years, we’re getting a new system,” Torkelson said. “We should partner with the private sector. It’s hard to hold government accountable when things don’t work out. There are bright and dark spots out there folks. If you looked at what Gov. Walz promised and what he delivered, he didn’t get much done this year.”

Torkelson invited people to visit the Capitol now that remodeling is done.

“This is my seventh Minnesota House campaign. It’s been a great place to work. If you haven’t seen it lately, come on up. Thanks for your support. We’ll keep the State of Minnesota in great shape.”

“If we don’t have the majority, you will see marijuana legalized, single-payer health insurance and the list goes on,” Dahms said. “Gov. Walz said he wanted ‘One Minnesota.’ The problem is we won’t be until some opinions and ideas change. The Democrats wanted to cut $68 million (in reimbursements) from rural nursing homes. It’s not fair. We couldn’t let that happen.”

Dahms said Democrats wanted a 20 cent gas tax hike but Republicans said “no” and shifted 50 percent of vehicle sales tax to transportation funding instead of moving it to other programs.

“Democrats wanted to add late and final term abortion. I call it murder,” Dahms said. “If we don’t keep the Senate and House majority, we won’t be able to control that.”

First District Congressman Jim Hagedorn thanked his supporters for helping him get elected.

“I didn’t win. We won together,” Hagedorn said. “The election was close but we won by 1,300 votes. Winning by 500 votes in Sleepy Eye put us over the top. Brown County is very important to me. I grew up nearby, near Truman in Martin County.”

Hagedorn said President Trump’s policies have been “our policies our entire lives.”

“We’ve got historically low unemployment. In most places, employers can’t find enough employees,” Hagedorn said. “Republicans have deregulated many things including the Waters of the U.S (WOTUS) and the Clean Power Plan with its onerous regulations of coal and fracking. We import 20 percent of our crude oil. We produce everything else. Republicans are doing good things. We need to do everything we can to stop leftist, socialist ideas. Single-payer health care will bankrupt rural hospitals.”

Hagedorn said he told the Moms Demand Action group he will vote for self protection with guns.

“We’ll get the voters what they need,” Hagedorn said. “The extremist Democratic party will destroy America. We’re going to defend America.”