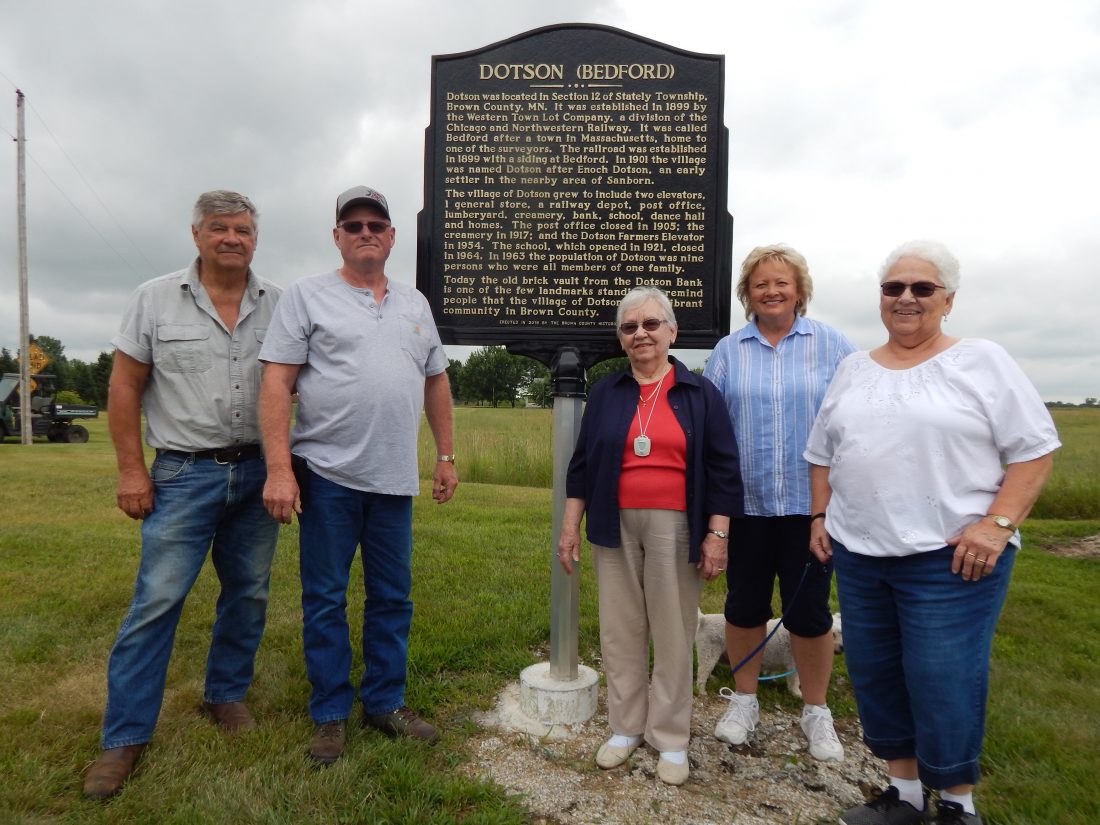 “I remember walking 80 rods (a quarter mile) across a field to get to school from home because of a mean dog,” said Mary Wendland Jeppesen of Morgan.

She had more fond memories too.

“We played ‘Captain May I’ in the basement when we couldn’t go outside,” Jeppesen said. “Fishing was another fun thing to do at nearby Mound Creek. We liked bullheads the most. It was a wonderful community. My mother was so proud of Dotson and its students. We all grew up and did good.”

Jeppesen recalled a fatal car-train crash at the railroad crossing on the county road that was unpaved at the time.

She said coal and wood were burned, mostly coal, to heat the school that had outdoor latrines and is still standing.

Her sister, Berneida Wendland Peck of Slayton fondly recalled her childhood in the community also known as Bedford.

“I remember one kid who was mean to me. I went outside and sat on him,” Peck said.

Established in 1899 by the Western Town Lot Company, a division of the Chicago & Northwestern Railway, the community was first named Bedford after a Massachusetts, home to one of the surveyors.

The railroad had a lot to do with the community in its early days. A rail siding was established in 1899. The town was renamed Dotson, after Enoch Dotson, a early settler in the nearby town of Sanborn.

Dotson was busting a century ago with two general stores, a railway depot, post office, lumberyard, creamery, bank, school, dance hall and a number of homes.

Dennis Youngerberg talked about how people played baseball or softball on a flat, low spot by Mound Creek that now floods so often, it can’t be used for such purposes very much.

“Cattle were loaded on railroad stock cars and shipped to Chicago,” Youngerberg said.

Another man said Dotson was a popular place for steam train engines to load up with water.

Dotson had a population of nine in 1963. All residents were members of the Balbach family.

Today, only the school, an old brick vault from the Dotson Bank and a building that housed a former implement business remain. 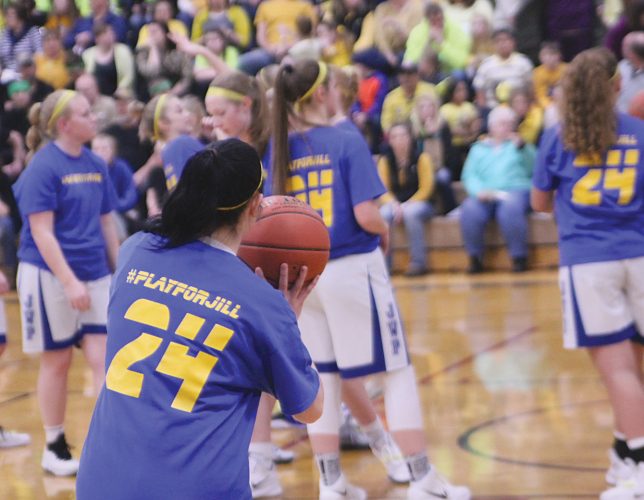 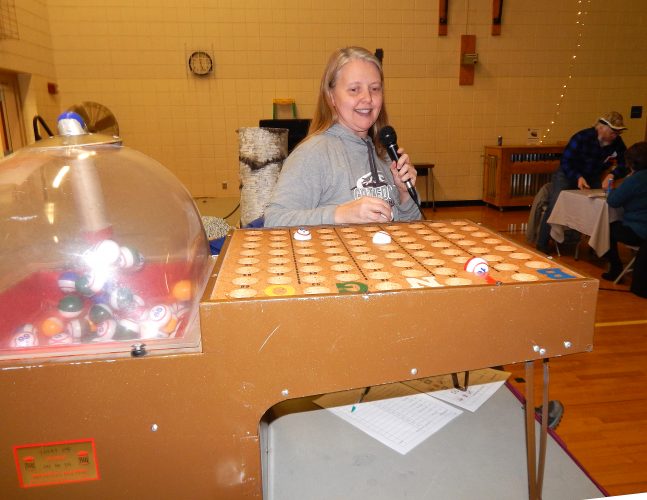