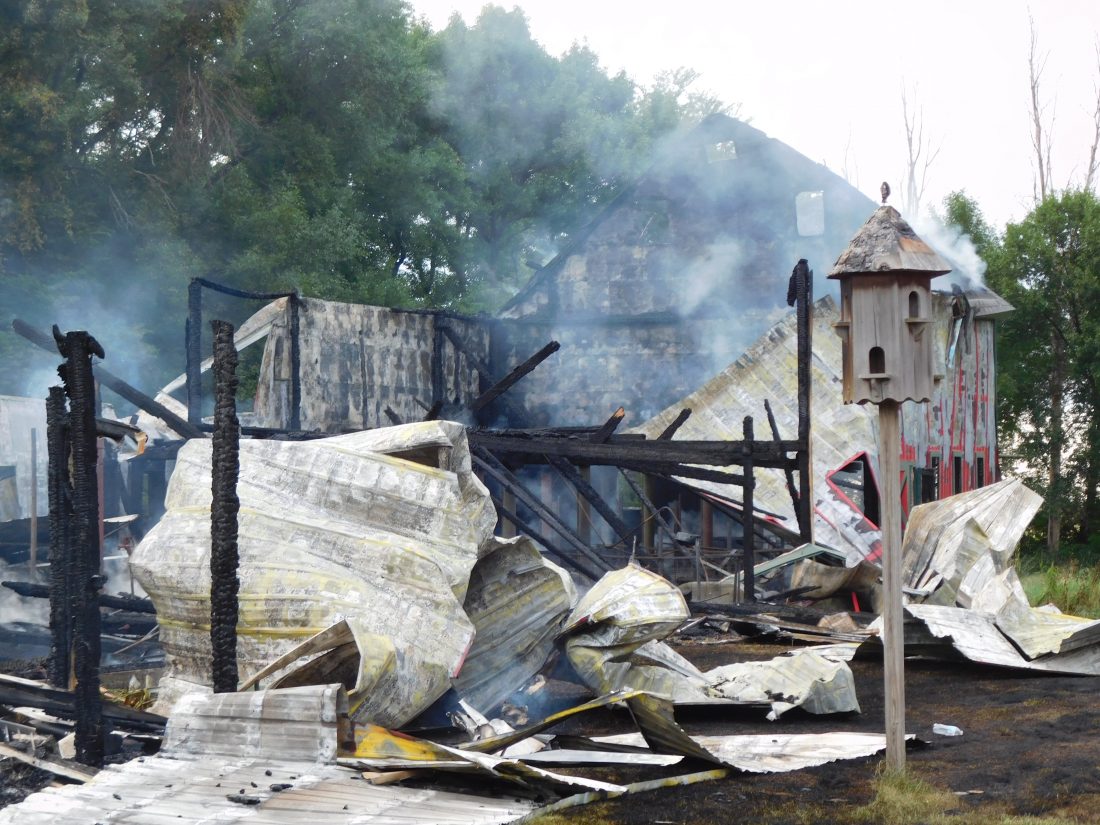 Staff photo by Clay Schuldt Little remains of the three-generation-old barn belonging to Tostenson Bros. Farms. The barn was built in 1876, but a fire that started late Sunday afternoon left it in ruins in under three hours.

NICOLLET — Fire claimed a historic barn at one of Minnesota’s first sesquicentennial farms.

The fire started around 4:30 p.m. Sunday at the Tostenson Brothers Farm located north of Nicollet on 441st Ave.

The fire was extinguished in under three hours through the efforts of multiple fire departments, including Nicollet and Courtland but the damage had already been done. The Tostenson family barn is a total loss.

The exact time the fire started and the cause is still unknown.

Owner Dwight Tostenson said the fire marshall is expected to visit the site on Tuesday.

All the Tostenson family knows at this time is that a major part of their family’s legacy is gone.

The barn was built by Elling Overjorde Tostenson in 1876. Each generation of the family added onto the barn over the years. The structure was two stories and 160 feet long.

Richard Tostenson said the barn was home to many types of animals over the years, including Clydesdale, Percherons, cattle, Berkshire hogs, turkeys and sheep. Fortunately, no animals were in the barn at the time of the fire.

Images of the barn can be seen on the Tostenson Brothers Farm website, in addition to information on farm’s long history.