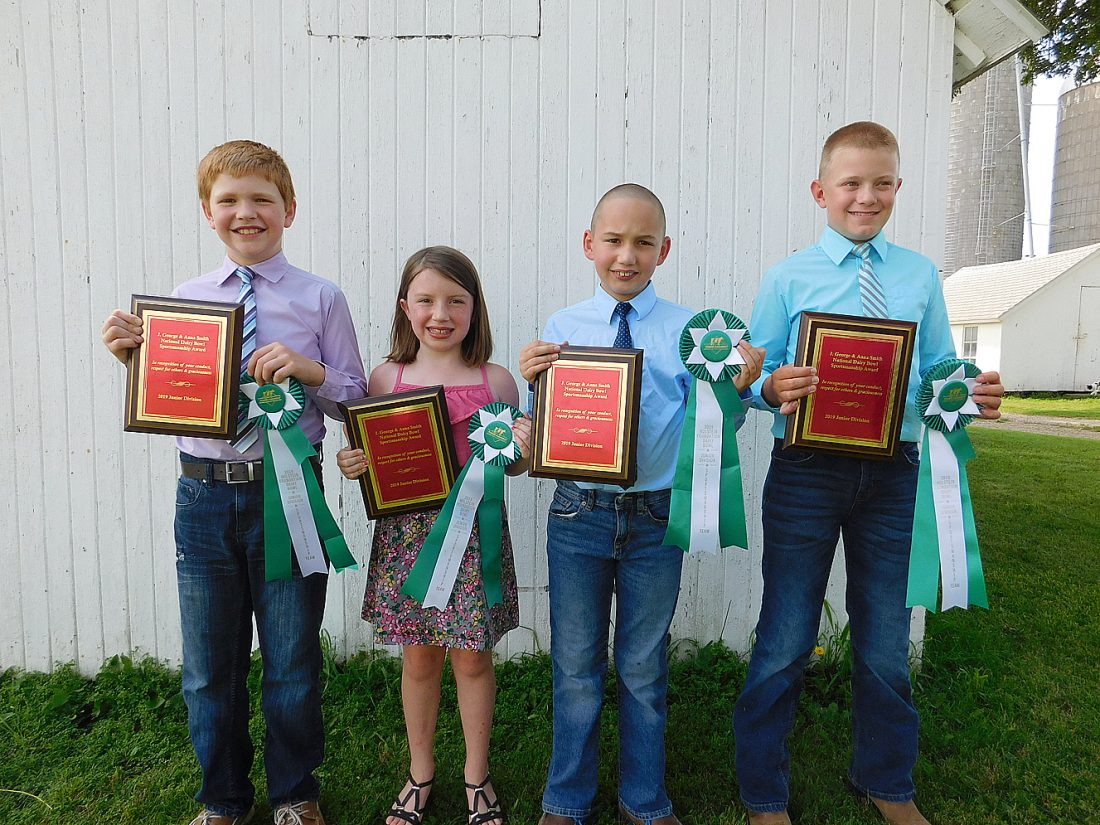 The team consists of Mausten Krueger, son of Scott and Stephanie Krueger of Arlington; Kate Schmidt, daughter of Kelly and Sarah Schmidt of New Ulm; Alex Schroeder, son of Jason and Michele Schroeder of Courtland; and Grady Schuft, son of Robert and Gina Schuft of Arlington.

The junior team representing Minnesota competed at the state junior convention in March in Hutchinson, earning the opportunity to compete in the national contest. While competing in the quiz bowl competition at the national contest, the team lost both their rounds. However, at the conclusion of the contest, the judges, moderators, and timers selected the Minnesota team the Junior Division sportsmanship winners. For their efforts, each team member received a plaque, a rosette, and a $25 cash prize. Pennsylvania earned the sportsmanship award in the Senior Division.