A hot time at Bavarian Blast 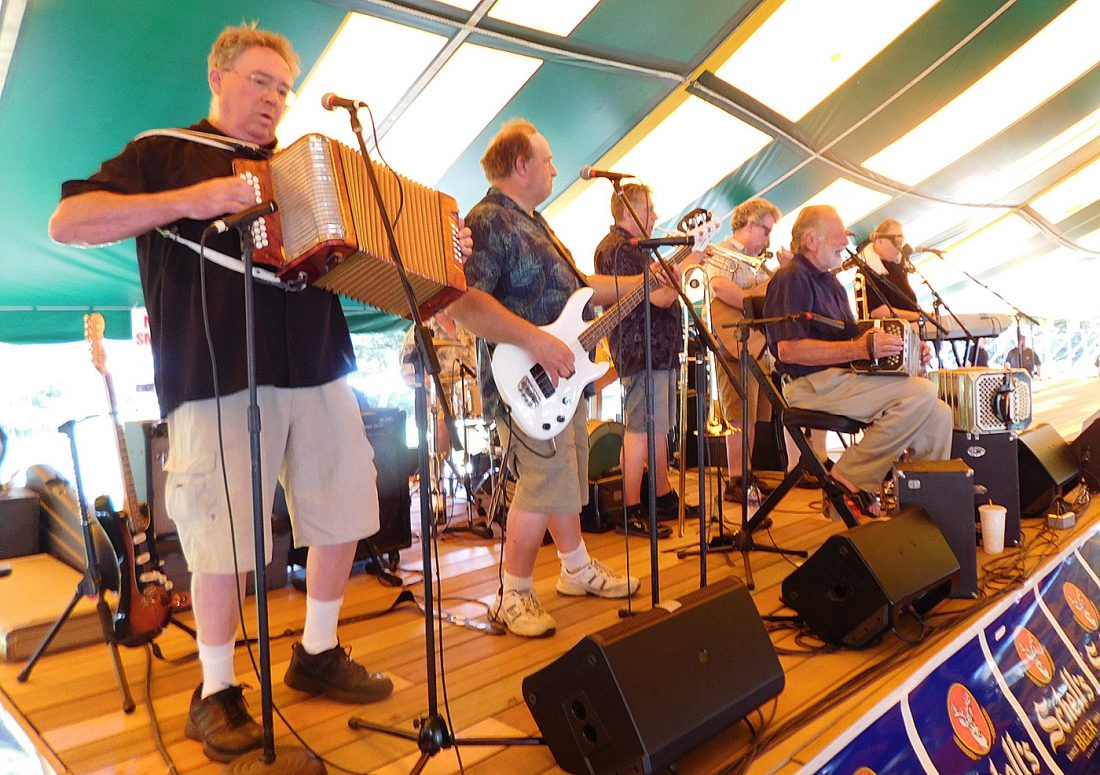 Center: The Narren of New Ulm celebrated their 30th anniversary the by doing what they do best. The Narren danced along with music and encouraged the crowds to join in the fun.

NEW ULM — Bavarian Blast 2019 began Friday with a blast of heat, but the crowds turned out for fun anyway.

Bavarian Blast began with performances from the Concord Singers, Squeezebox with Mollie B, Alpensterne and Bockfest Boys. The evening entertainment was Wild Angels and I am, He Said–A Celebration of Neil Diamond.

The extreme heat was not lost on the performers. Several singers advised the audience to stay hydrated with water or at least beer.

The temperature reached 90 degrees, but with the humidity, it felt like 100.

“Whoever said women don’t sweat, we glow, was lying,” Mollie B said. “I sweat more on stage today than ever before, but I still enjoyed myself and so did the audience.” 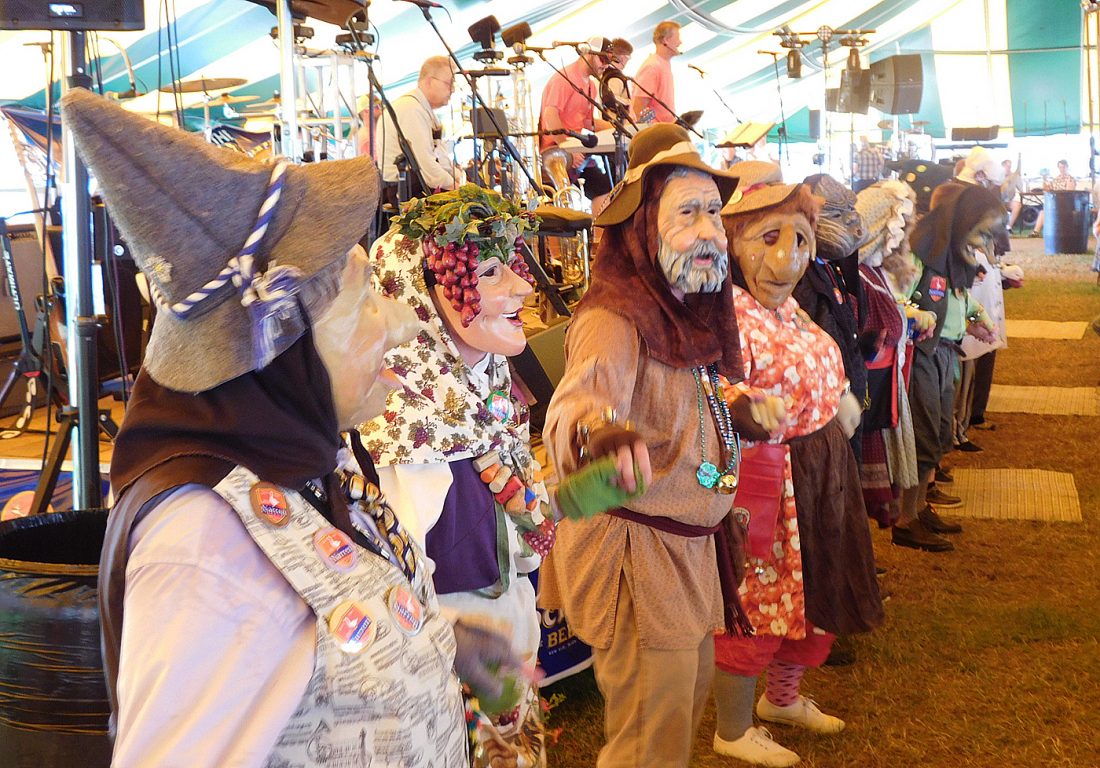 Center: The Narren of New Ulm celebrated their 30th anniversary the by doing what they do best. The Narren danced along with music and encouraged the crowds to join in the fun.

Mollie B said her audience remained enthusiastic. At one point a 96-year-old woman got up to dance.

The concession stands experienced a major run on shaved ice, which was the perfect treat to beat the heat.

Despite the heat, a good size crowd came. Dodie Wendinger, a member of the festival board of directors said around 700 had entered the fairgrounds by 5 p.m. This number reached around 1,500 by 8 p.m. but was expected to climb for the evening performances.

Saturday’s Bavarian Blast events begin at 8 a.m. with a special 5K/10K starting in front of the Civic Center. The Wiener Dog Races start at 1:30 p.m. followed by the barrel races at 3:30 p.m., the sauerkraut eating contest at 5:30 p.m. and the stein holding contest at 7 p.m. 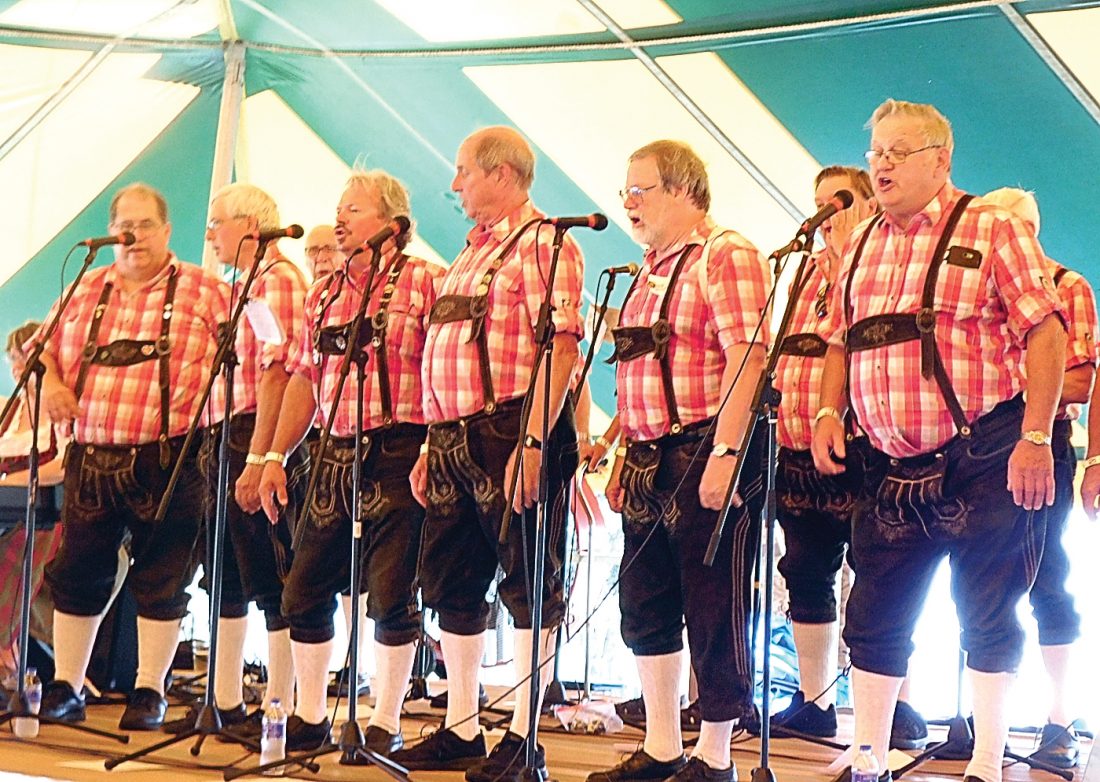 The Concord Singers, Squeezebox with Mollie B, Alpensterne, Austrian Express will each perform. Church of Cash, a Johnny Cash Tribute, will perform at 8 p.m. Big Top Radio will take the stage at 10 p.m.

Brian Brueggen & the Mississippi Valley Dutchmen and Wendinger Band will play in The KNUJ Polka Hall.