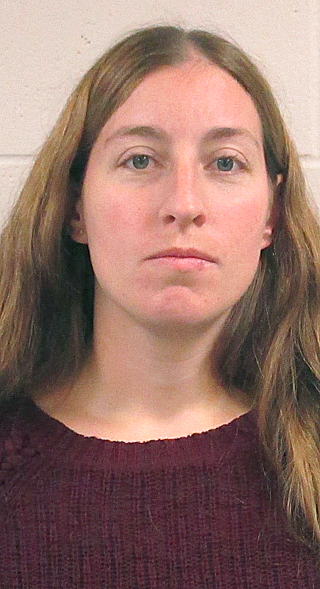 After a two-day bench trial, Docherty spent about 20 minutes of case study following the closing arguments. He dismissed two second-degree felony counts of assault with a dangerous weapon against Stephanie A. Fromm, 32, 25262 340th Avenue, Sleepy Eye.

He found Fromm guilty of four gross misdemeanor charges, including contributing to the need of protection or services and three counts of malicious punishment of a child. A felony threats of violence charge in the case was dismissed earlier.

Fromm was accused of making the children sleep on a concrete basement floor and chasing them around a farmyard in her vehicle last fall.

Docherty ruled on the case after reviewing a video from a home surveillance system of Fromm driving a sport utility vehicle around the farmyard that showed one young child racing away from the vehicle when it pulled close to a shop building.

The case began last fall when Fromm’s nine-year-old stepdaughter told a friend at Springfield Public School that her father punched her. The friend told school officials about it before they notified Brown County officials.

The children, ages 9, 12 and 13 were interviewed by a Brown County Family Services Child Protection worker and Brown County Sheriff’s Office investigator. They told investigators they were abused, and they were removed from the Fromm home and relocated with their original mother.

“Anger makes people do stupid things,” Deputy Brown County Attorney Dan Kalk said in his final argument rebuttal. “Stephanie Fromm resented the fact that the three kids put a strain on her martial relationship. She acted out a fantasy, nearly hitting two kids within seconds (with a vehicle in the farmyard). She resented the children that wouldn’t talk to her. She took action. She may not have intended to kill them, just scare them.”

“The Fromm family has a lot of oars in the water including criminal and CHIPS (Child In Need of Protection or Services) cases. It’s a lot for anyone to deal with,” said New Ulm defense attorney Thomas Borgen. “The State wants to put a stake through Dracula’s heart. Stephanie Fromm is not a monster. She’s a human being. She’s had a difficult time dealing with six young kids in her new blended family. All six were removed from her house.”

Borgen said the state did not prove the offenses beyond a reasonable doubt. He said there was no motive for her to run over two kids on a Sunday afternoon.

The three children exaggerated their stories about what happened to them, Borgen said. Earlier in the day, he argued that the case was borne from a custody dispute.

Fromm testified she was getting individual therapy in an effort to reunify with her children.

“I tried to talk to the kids but they wouldn’t talk to me,” Fromm said. She accused the husband of the children’s biological mother (Jerry Miller) of telling her children he would hurt them if they didn’t misbehave in Fromm’s house.

Miller later testified and denied making such a statement.

Fromm’s husband, Andy J. Fromm, pled guilty on May 17 to one count of malicious punishment of a child and domestic assault. Other counts including felony threats of violence, two counts of gross misdemeanor malicious punishment of a child and one count of misdemeanor domestic assault were dismissed. He is scheduled to be sentenced at 10:30 a.m., July 15.

Andy Fromm testified Friday that he was bullied himself in grade school. He admitted to telling his stepchildren to sleep on the concrete basement floor a few times a month when they misbehaved. He said they could have slept in a bed if they apologized for what they did but that usually didn’t happen.