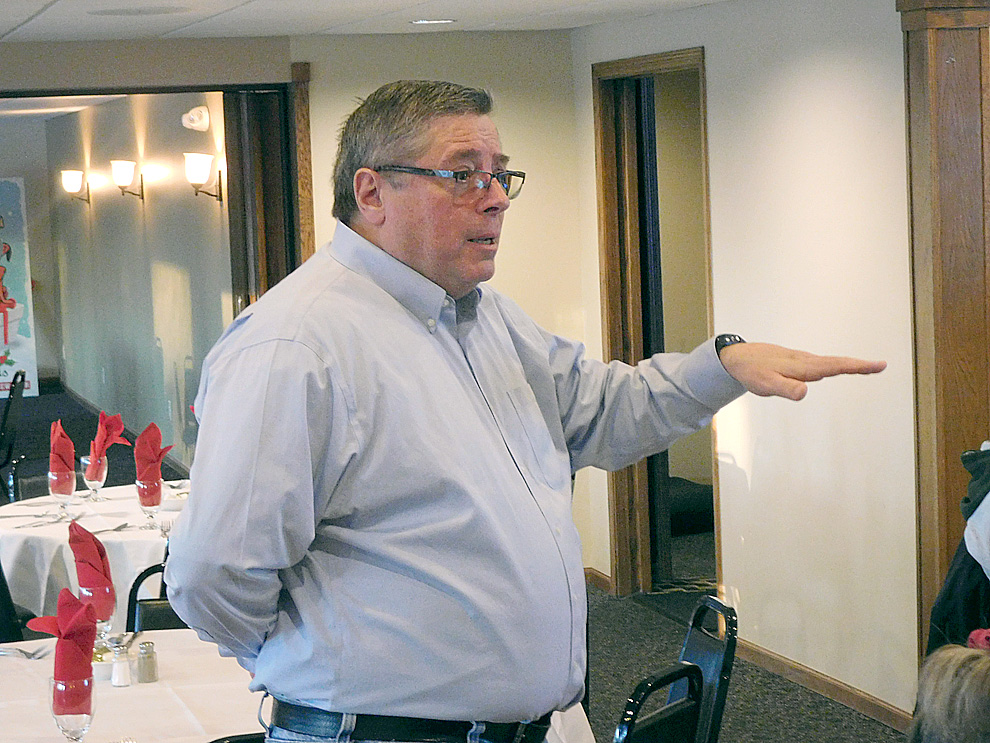 The rate increase will affect residential, small commercial, large commercial and industrial customers in the city. Marshall said the PUC will increase its own rate as well.

Residential customers will see a customer charge increase from $7 to $9. The energy charge increases from 11.12 cents to 11.24 cents. The Energy Acquisition Adjustment increase will from 1.256 cents to 1.517 cents.

A residential electric bill with a 637 average kilowatt-hour (kWh) would have a current monthly bill of $85.84. With the rate change this bill would increase to $90.27, which is a $4.43 increase.

Large Commercial customer charge will increase from $25 to $30 per month with no change to the Energy Charge fee.

Industrial electric rates will see a customer charge increase from $30 to $50 per month and no change to the energy charge.

“There has not been an electric rate increase (in New Ulm) since 2012,” Marshall said. “It has been prevented by clamping the rates. At the same time, our supplier of wholesale power has increased their bill to us by 28 percent.”

The NUPU’s wholesale contract was approved in 2009 and runs through 2029. Marshall said this 20 year contract was entered into because NUPU had no other option at the time.

“It was the best deal at the time,” he said. Going forward Marshall hopes to plan for the future in order to exercise the best contract option ten years from now.

NUPU was able to avoid price increases for the last six years by spending out of reserves. The electrical reserve has been spent down to 28 percent, but for financial stability it needs to be at 35 percent, Marshall said.

In addition to refilling reserves, NUPU wants to prepare for eventual infrastructure improvements. The life cycle of utility infrastructure is around 50 years. Marshall said a director might have a 35-year career at a utility and never need to replace major infrastructure and if there is no investment, the system will face catastrophic problems for the next director.

Marshall said the first infrastructure improvement is to change out the non-functioning breakers in the north side substation. The second piece is changing out wood poles installed in 1968, which sustained significant woodpecker damage. The wood poles did last 50 years, but new wood poles would face the same woodpecker problem.

“Its about managing risk,” he said.

Marshall said New Ulm’s electrical system is currently very reliable. He asked the room how often they experience a power outage and only a few had an outage at their home in the last four years. Less than half had an outage in the last 10 years.

“That is very uncommon,” Marshall said. Many communities experience a power outage once every six months. New Ulm was a positive exception to the norm.

“If you do it right, the lights stay on,” Marshall said.

The goal of the NUPU is took make wise investment in the utility that has a longterm payback to prevent massive rate increases later.

NUPU does have services to help customers reduce utility bills. Replacing incandescent lights with LED lights is a popular cost savings method. Marshall said one incandescent is about a tenth of a LED light.

The rate increases presented have not been approved yet, but will go before the Public Utilities Commission this month. If passed, the rate increase will go into effect 30 days later in March and show up on the April utilities bill.