Nightmare creeps up across the wall 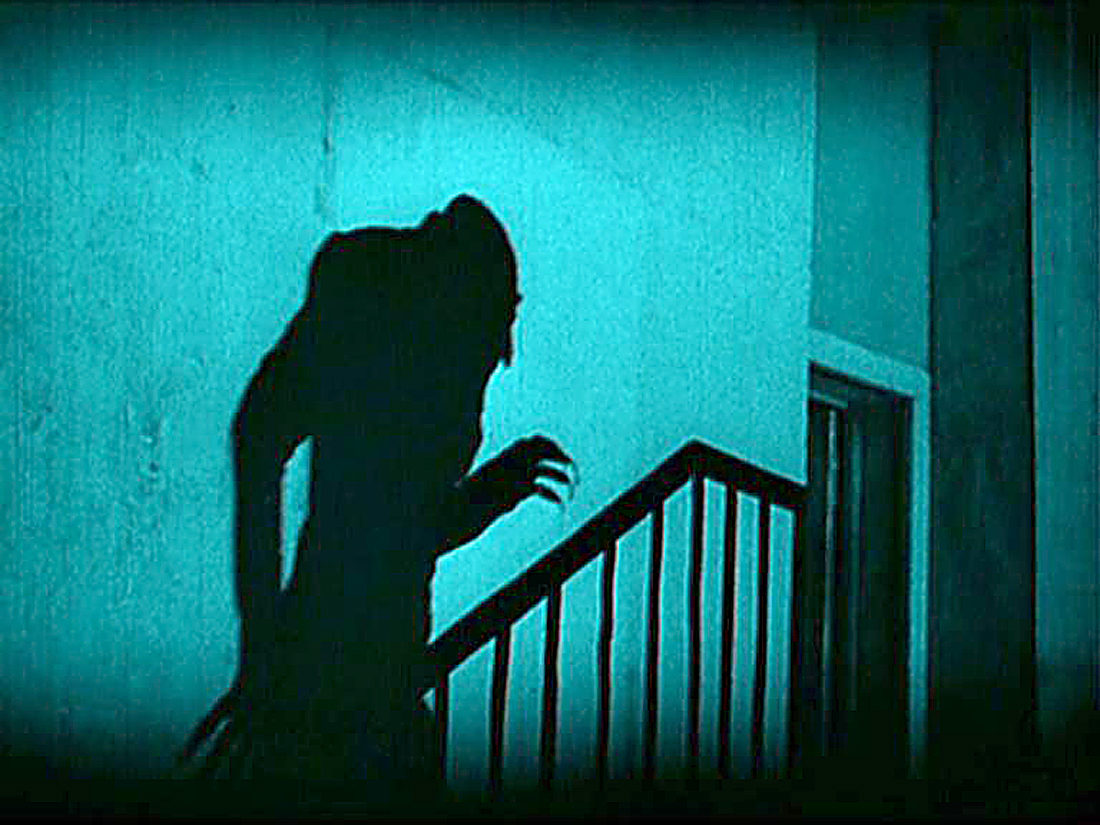 Friday night a nightmare will silently creep across the wall at the The Grand Center for the Arts and Culture, as the New Ulm Film society screens the silent film horror classic “Nosferatu: A Symphony of Horror.”

NEW ULM — Tonight a nightmare will silently creep across the wall at the The Grand Center for the Arts and Culture, as the New Ulm Film society screens the silent film horror classic “Nosferatu: A Symphony of Horror.”

The screening begins at 8 p.m. at The Grand and will incorporate music provided by a live band.

“Nosferatu” is a 1922 silent film and is one of the first vampire films. In fact, some of the mythology surrounding vampires was invented from this film, specifically the vampire inability to move around in daylight.

“Nosferatu” is now considered one of the most influential horror films of all time. It is also one of the best remembered silent films. Its use of sets, eerie makeup and expressionistic lighting helps burn the film into the nightmares of millions of viewers. Even people who know nothing about the movie have probably seen images of the vampire’s shadow stretching up a staircase.

Despite being such an important part of film history, “Nosferatu” was nearly erased from existence shortly after it was filmed. The film was the creation of German director F.W. Murnau. In creating “Nosferatu” he borrowed heavily from Bram Stoker’s novel “Dracula.”

The plot of “Nosferatu” is nearly identical to the novel “Dracula.” Both stories are about a vampire count who hires a solicitor to purchase property abroad and then travels across the sea to prey on victims. Due to the similarities, Stoker’s heirs were able to successfully sue. A court ruling ordered all copies of the film destroyed, but a few prints were saved.

As a special treat for Friday’s screening, a live band will provide the audio track for the film. In the 1920s, films were silent. The only way to provide music was to hire a band to accompany the screening. The New Ulm Film Society is going back to this form. The band “Good Night, Gold Dust” will put the “symphony” into “Nosferatu: A Symphony of Horror.”

Scharf said this performance will be a bit of a departure from their normal work. The band usually writes and performs songs, but because they are doing a live soundtrack the work will have a more improvisational tone.

“It is going to be an edge of your seat experience,” Scharf said. “We know intuitively what we are going to do, but not exactly what we will play.”

Good Night Gold Dust plays with guitars, drums, piano, synthesizers and other creative instruments to create a wide range of music. Overall, the performance will be more modern sounding than a performance from 1922, but the mood and atmosphere will be the same.

The “Nosferatu” screening and musical performance starts at 8 p.m. today at the Grand. The event is free and guests are encouraged to wear costumes.