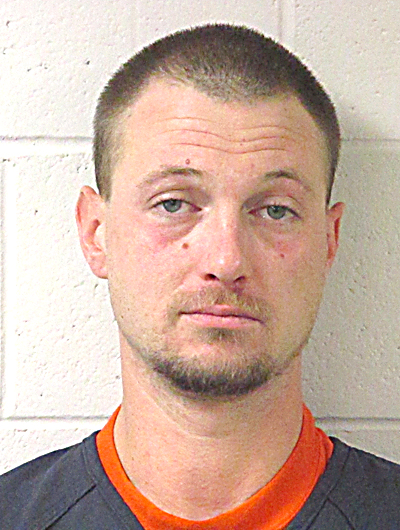 NEW ULM — A 30-year-old New Ulm man accused of starting a fire in the B & J Laundromat Aug. 30 was charged with felony 1st-degree arson in Brown County District Court Tuesday.

Unemployed, Bandow requested a public defender and will be appointed one if he qualifies. Assistant Brown County Attorney Dan Kalk said the arson charge is the first of what could be a handful of charges, pending an ongoing burglary investigation.

According to court documents, New Ulm Police and the New Ulm Fire Department were dispatched to 506 Center St. at 6:57 a.m. Aug. 30 in response to a report of smoke coming from a laundromat. At the scene, police saw smoke coming from a ventilation hood on the west side of the building and other doors and windows.

A woman who said she lived in the front apartment above the laundromat told police all occupants were out of the building.

Police reviewed a laundromat video surveillance system taken a short time before the fire was reported. At 6:35 a.m., two males and two females were inside the building. A male in a bright yellow shirt entered from the parking lot on the west side and interacted with the other people in a way that suggested they knew each other.

The male in the bright yellow shirt spent several minutes trying to gain access to a storage area near the vending machines in the southwest corner of the business. He then quickly placed clothing from two laundry machines into rolling baskets and took the laundry out of the west door. A brief time after he left, smoke started to appear, then filled the building.

A police officer viewed photos and videos associated with the case and recognized the vehicle from a past call for service. On Aug. 4, police assisted the Nicollet County Sheriff’s Office in attempting to locate the male associated with a brown van at 308 S. Front St.

Police later observed a brown van with the same faded, chipped paint on the hood traveling south on the 200 block of German Street North. Police photographed the van at the residence and realized it matched the videos related to the case.

Bandow had an active warrant in Nicollet County for a third-degree burglary. He was arrested Aug. 30 while driving the suspect van. The vehicle was searched and three baskets of damp clothing were found in it.