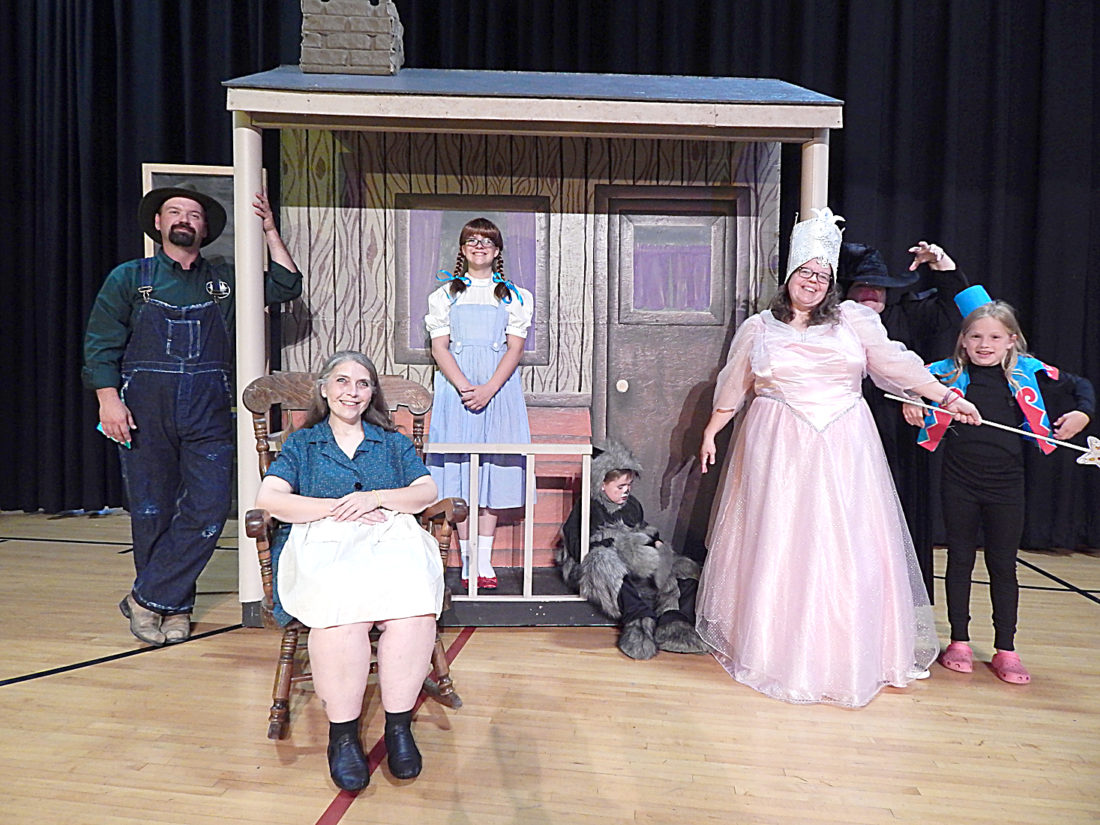 WINTHROP — A 20-foot human “cyclone” will be unleashed this weekend for the T-Bird Community Arts production of “The Wizard of Oz.”

A cast and crew of 60 are excited about the novelty and traditions involved in the production based on the MGM (Metro-Goldwyn-Mayer) musical that starred Judy Garland in 1939.

Just how the human “cyclone” will work on stage is a secret. It features 16 performers. Director Paul Warshauer promises many other special effects without the use of projections.

“I’ve been so many productions of “The Wizard of Oz” rely on projections and screens,” Warshauer said. “I promised the team that we could do all special effects live. That includes a human crystal ball, the Wicked Witch entrance and exit, Glinda bubble, and a very original ‘Wizard’s Throne Room.'”

“The cast is wonderful, the story is priceless and the music of course, is captivating,” Warshauer said.

Warshauer was hired by the T-Bird Community Arts group to present Rogers and Hammerstein “Sound of Music.” When royalties were unavailable, the group agreed on another popular family show.

Joe Voss plays the “Tin Man.” It became a family affair when two of his daughters, Emily and Ashley Voss were cast.

The Wizard/Professor Marvel is played by Brad Burch. Glinda is played by Heather Bakke, who arrives in her unique “pink bubble device.”

Maria Cuff is the music director. Jennifer Thompson and Kevin Caldwell are the producers. A long-time Warshauer associate, Vickie Kuehn, is stage manager.

“We’ve been practicing four days a week, working hard since June 1,” Cuff said. “We have great set builders and painters. There are a lot of set changes.”

Warshauer has directed more than 500 productions. He is nationally known for his murder mysteries but his passion is directing community theater musicals.