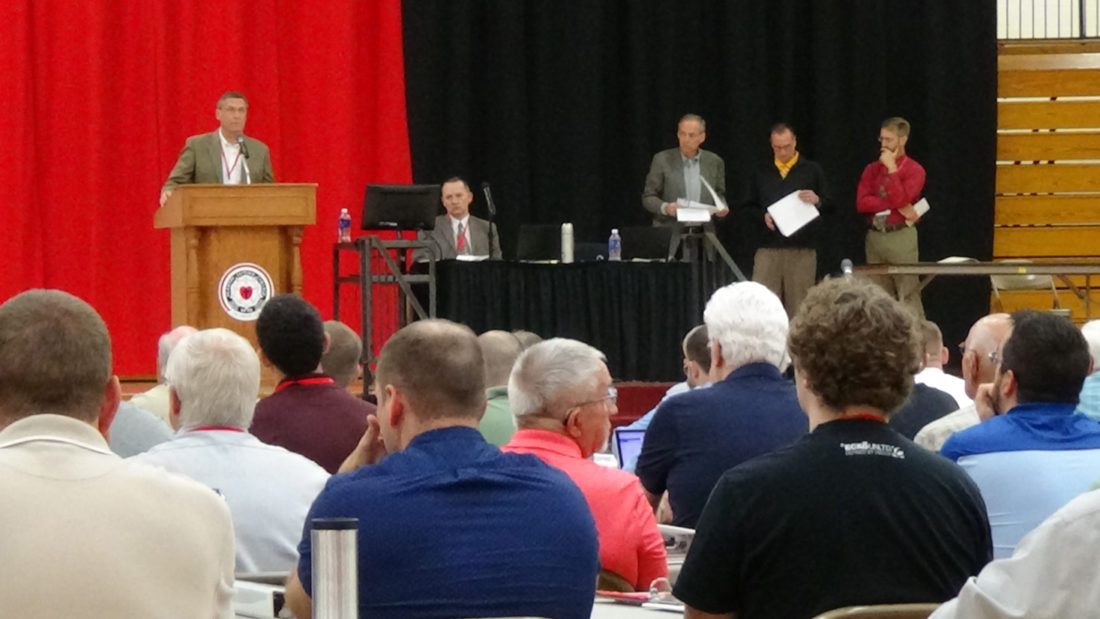 The District met for its 51st Biennial Convention at Martin Luther College in New Ulm June 12-14, to continue to plan the work of its ministry in Minnesota, Iowa, Missouri, parts of Wisconsin, Illinois, and parts of Canada north of Minnesota.

On June 13, 1918, the old Minnesota Synod, which was at first an individual church body going back to 1850, became the Minnesota District, one of twelve districts which comprise the Wisconsin Synod.

Under the leadership of Lutheran pastor and missionary to India “Father” J. C. F. Heyer, several pastors and congregations organized as the Minnesota Synod in 1860, after having come to Minnesota, even in colonial days, to minister to immigrants to Minnesota.

Perhaps the most distinguishing feature of the Minnesota District in terms of the wider synod is the college located in New Ulm. Dedicated in 1884 as a worker training institution for the then Minnesota Synod, the school, called Dr. Martin Luther College (DMLC), owed its origins to Pastor C. J. Albrecht, a pastor at St. Paul, New Ulm, and the fifth president of the Minnesota Synod.

Albrecht was a man of action. After the synod struggled to sort out location options and to secure funding for the project, Albrecht had footings poured for a building on the picturesque hillcrest overlooking the city in the Minnesota River valley. He begged the synod’s indulgence for his boldness, and DMLC was born. In 1995, Northwestern College (in Watertown, Wisconsin) was amalgamated with DMLC to become Martin Luther College (MLC).

Today MLC is the “WELS College of Ministry.” Its chief purpose is the training of pastors, teachers, and staff ministers for the synod. Nearly every called worker in the church body since 1995 has some connection to this school.

Article by Pastor Jeffrey A. Bovee, Director of Public Information of the WELS Minnesota District (edited for conformity with Journal standards and conventions).

Information used by permission from — https://wels.net/under-gods-sky-the-minnesota-district/ 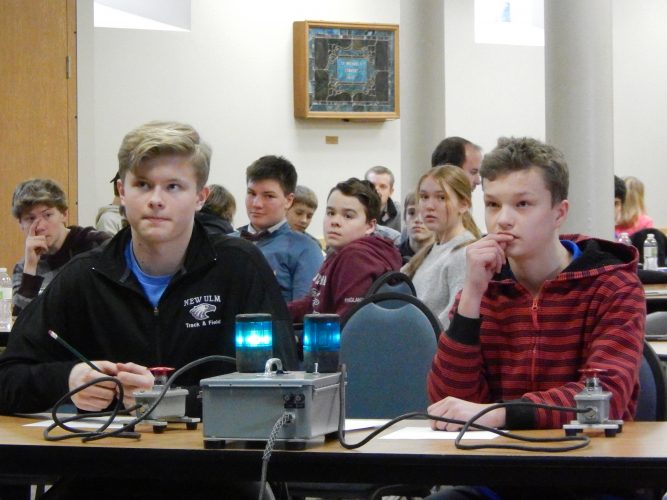