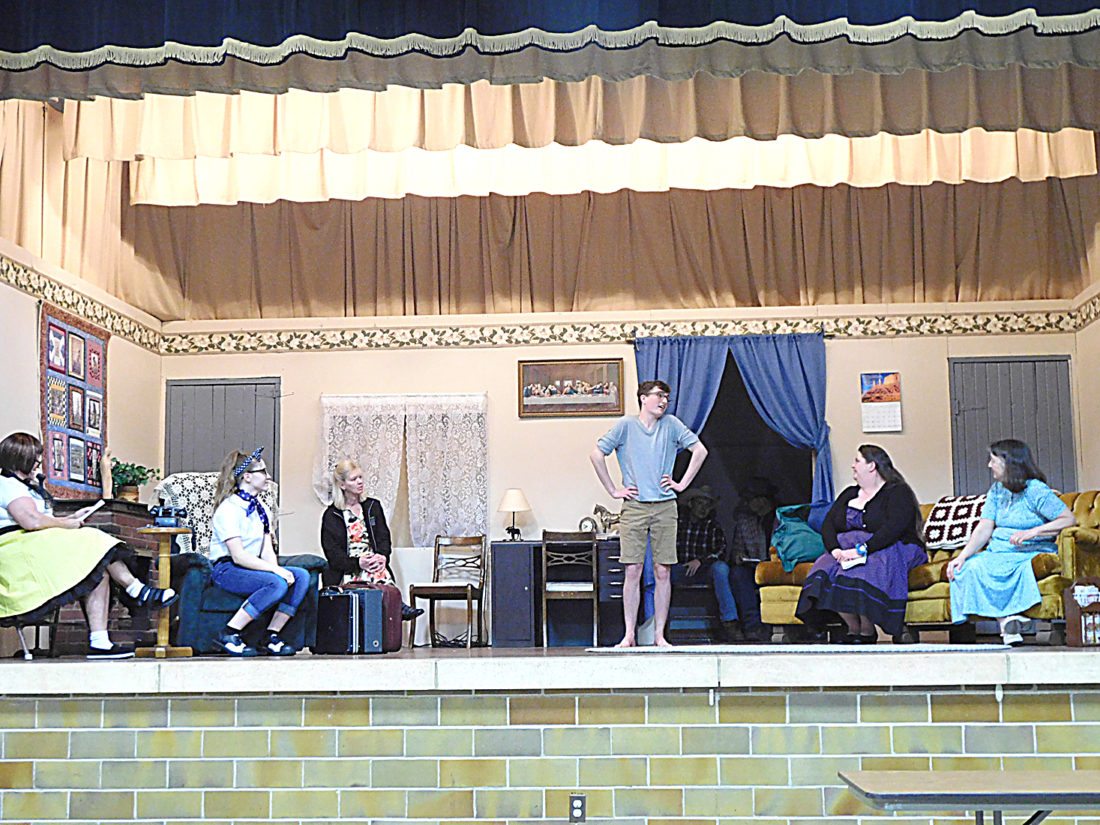 ST. GEORGE — Spring Fever is just around the corner at St. George, and that means play rehearsal is in full gear.

This year St. George Auditorium will give a performance of “The Boarding House Reach” by Donald Payton.

This is the 16th play performed as part of St. George’s Spring Fever fundraiser.

“The Boarding House Reach” tells the story of an enterprising young man named Lucas (played by Josh Dummer) who schemes to buy a bike by to renting out his family’s home to boarders while his parents are away. Soon the house is crawling with all manner of strange characters and humor is everywhere you look.

“We do not stress perfection but rather humor,” Bianchi said.

This year’s play features a cast of 16, which is larger than normal, but this allowed for veteran actors and new up-and-comers to try the St. George stage.

The cast has been in rehearsal since the beginning of January, and Monday night was their first dress rehearsal.

Bianchi said this year the cast had to overcome a few outside obstacles including bad weather and the flu, but everyone should be ready in time for the first show.

The annual Spring Fever play serves as a fundraiser for the St. George Church and is fun for the whole family.

A special social hour will be held at 5 p.m. before the Saturday performances with a pork chop dinner served at 6 p.m.