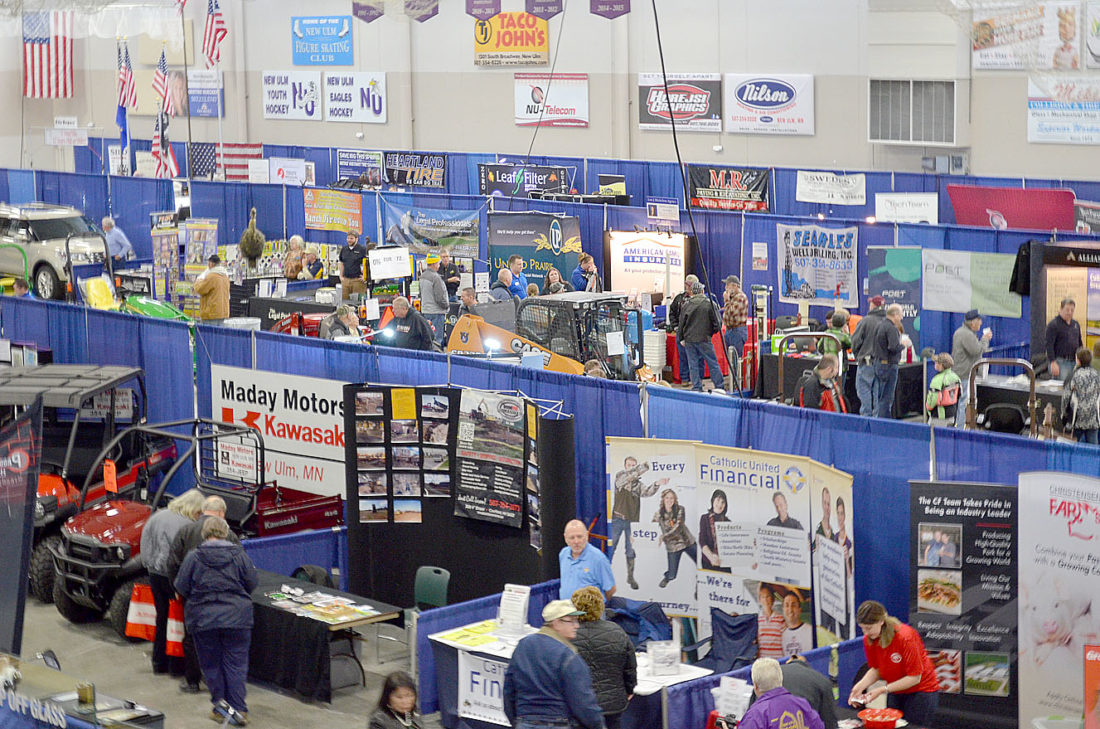 Vogel spoke on ways to reduce colon and lung cancers. Specifically, she talked about the importance of screening for colon cancer and radon testing to prevent lung cancer.

“When it comes to colorectal cancer, it is kind of a unique thing, it is the cancer that is most likely preventable,” Vogel said.

Most colon cancers develop from polyps, growths on the inside of the colon. Polyps are usually noncancerous at first.

They can grow into cancerous cells. In a handout from Vogel, polyp growth is broken down into five categories, polyp being the first, then in situ, local, regional and distant.

Everything up to local, remains inside the colon. Once it reaches regional the cells have moved beyond the colon into nearby tissues and distant means the cancer could reach as far as the liver or lungs, according to the handout.

Emphasizing the importance of catching it early, the five-year-survival rate if the cancer is caught in the local stage or earlier is 90 percent. Once it becomes regional that rate drops to 40 percent.

So catching the growths early is key to preventing further medical complications.

“If you take those polyps off you are cured,” Vogel said.

The best way to catch polyps is through a colonoscopy. Generally, the best time to start getting colonoscopies is upon reaching 50-years of age, Vogel said.

From there, a repeat exam should be taken every 10 years, unless a doctor indicates a need for more regular checks.

The procedure usually requires a prep that cleans out the colon so a doctor can see polyps better. The doctor uses a camera mounted on a long flexible tube with a light called a scope to examine the colon, Vogel said.

“It is a very, kind of, invasive procedure,” Vogel said. “It has to do with your personal dignity and you just park (your dignity) outside the front door and then recoup and pick it up again on the way out.”

The other cancer-preventing method Vogel spoke about was testing for Radon. Radon is an element that is generated from decaying uranium in the ground, Vogel said.

Radon is the second leading cause of lung cancer, though the number one cause among people who do not use tobacco, Vogel said.

Vogel handed out test kits that could be hung in the home to test for elevated levels of Radon. She said a home should be checked every two to five years, or if there was a major structural change recently.

There are two types of tests, short-term and long-term. short-term tests are good for screening, but a long-term test is better at getting a yearly average.

Vogel suggested if a short-term test indicated elevated radon levels, a long-term test should be used.

The tests should be placed in the lowest level that is used most often, about eight to 10 hours a week.

After the monitoring period, the tests are mailed into a lab for analysis. They are time sensitive and should be mailed as soon as possible after being complete.

The tests usually cost between $5 and $25, however, mitigation (which is necessary to reduce high levels of radon) can cost at least a couple of hundred dollars up to a few thousand dollars, Vogel said.

Vogel also warned that a neighbor’s radon levels are not accurate measures to go by, each house has its own level of vulnerability.