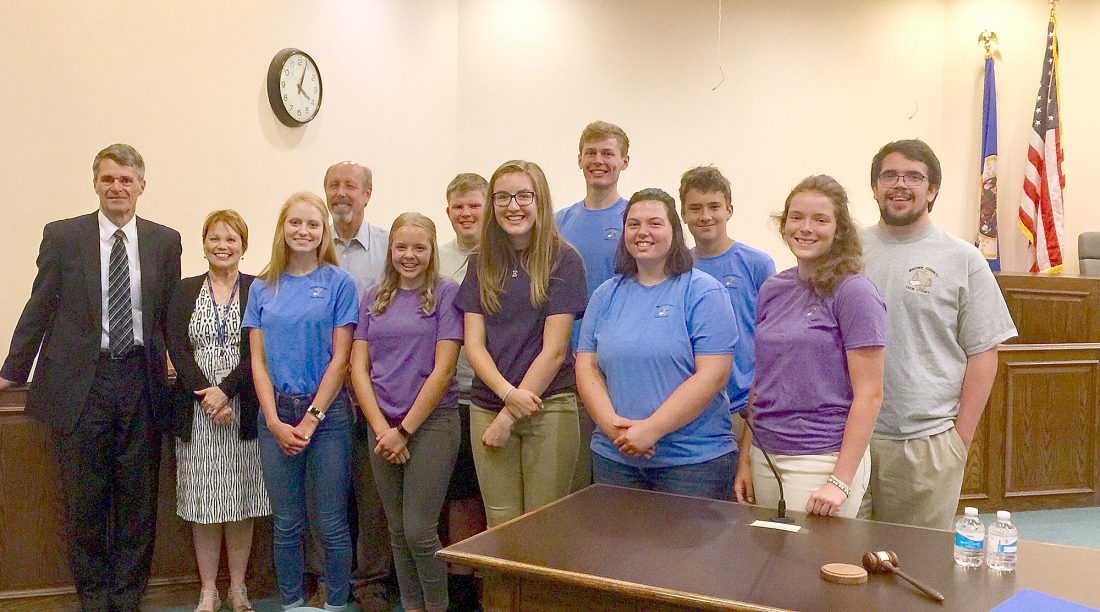 Staff photo by Fritz Busch MaryAnn Wonn, Restorative Justice Specialist with the Brown County Probation Office, has led and advised the Brown County Teen Court program for the past 21 years.

“This is a good problem, but we cannot justify the grant funding and use of tax dollars to sustain the program. We kept 40 to 50 jurors trained to hear cases. With the recruitment, paperwork, processing, court involvement, it is just too much of the few cases we are addressing,” wrote Brown County Restorative Justice Specialist MaryAnn Wonn and Brown County Probation Officer Jill Ferretti in a request to Brown County commissioners.

The jury-based program trained youths not to determine guilt or innocence, but determine a fair sentence for admission to low level offenses like underage consumption or theft. 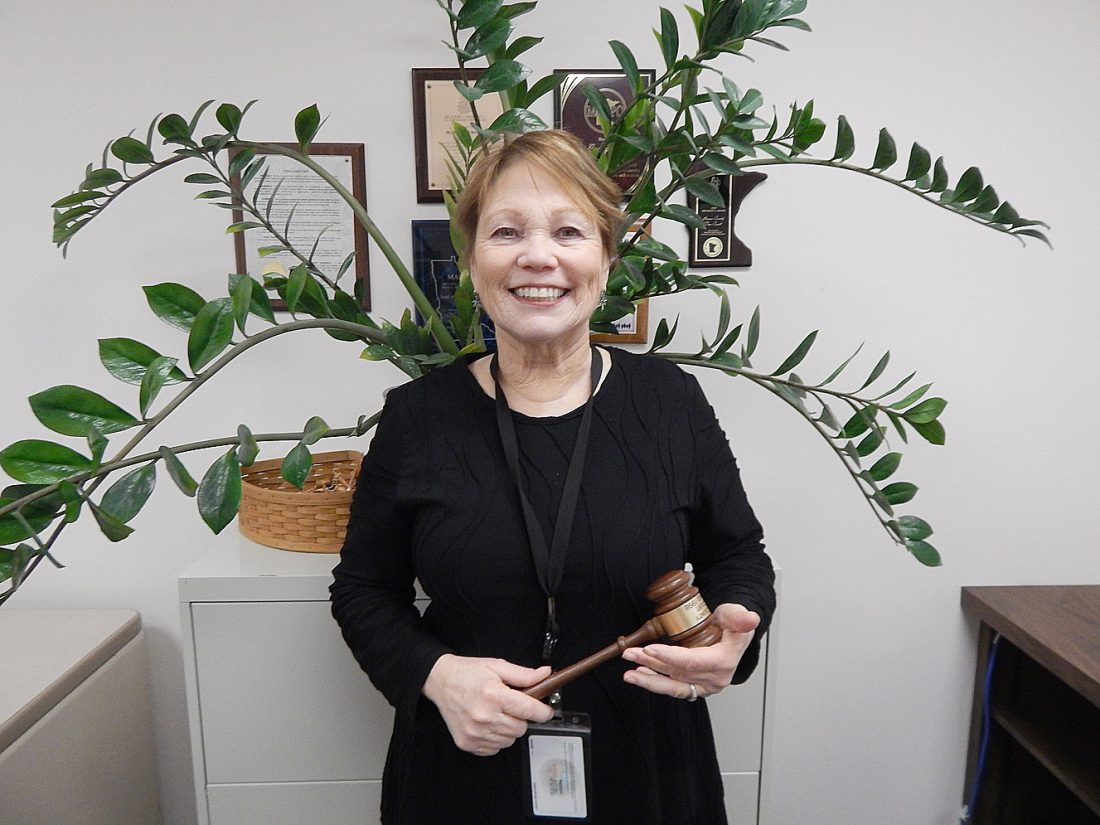 Staff photo by Fritz Busch MaryAnn Wonn, Restorative Justice Specialist with the Brown County Probation Office, has led and advised the Brown County Teen Court program for the past 21 years.

More than 1,100 Brown County students were trained to become Teen Court jurors. They heard real cases and handed out fair and appropriate sentences for each adolescent that came before them.

“It’s a great program and a positive opportunity for youth to be involved in. Other teen courts from as far away as Brooklyn, N.Y. and the country of Trinidad used Brown County Teen Court as a model for their programs,” Docherty said.

Juveniles must be less than 18 years old to participate in a diversion program. They must acknowledge responsibility and admit guilt for their offense.

The program is initiated when a parent or guardian receives a letter explaining how to proceed with diversion. Program elements include meeting with a probation officer, writing an apology letter, drug testing and/or performing Community Work Service or completing writing assignments.

Diversion program goals include preventing, eliminating or reducing the rate of recidivism (repeat offenders). Juveniles get an alternative to the traditional court process and a criminal conviction.

“Besides benefiting the kids in Teen Court, it benefitted the (high school) jurors,” Wonn said. “It gave them access to learn things they would not have been able to do otherwise. Some of the jurors become interested in going into corrections, law enforcement or becoming attorneys. A lot of kids didn’t know what they wanted to do before the experience.”

Wonn talked about what Teen Court did for Brown County youth.

“We helped kids through things, following through with them,” Wonn said. “If some kids needed extra help like a chemical assessment after smoking pot or drinking a lot. Our jurors would notice that and get kids help. It’s fascinating.”

“Lots of kids that came through (Teen Court) just made a mistake. They turned their life around, graduate from college and later tell me what’s going on in their lives. That’s exciting to see. It’s great to hear them thank me. We helped kids in a way they liked. It’s the best job I ever had,” Wonn said.

“Teen Court is such a great program,” Wonn said. “The jurors from each county school met each other. It’s a team approach that is wonderful. If somebody is very shy, it didn’t matter, they could join us. They got over that soon and could learn a lot about public speaking if they are the floor person.”

The end of Teen Court on Dec. 31, 2019, will also mark the end of Wonn’s career. She talked about what Teen Court did.

She worked as a crisis counselor for FEMA (Federal Emergency Management Administration) after the March 1998 tornado came through the area. Wonn also worked as a guardian ad litem (court-appointed guardian to protect the interests of a minor or incompetent in a particular matter) for kids in the court system and in mediation in Southern Minnesota before coordinating Teen Court.

Wonn worked in sales at The Journal right after she moved to town with her husband Tim who managed K-Mart in New Ulm.

Prior to coming to New Ulm, Mary Ann lived in Milwaukee, working as a radio station marketing director. She was involved in a number of organizations helping at-risk kids.

She grew up in Centralia, Il.

The Wonns, who enjoy kayaking, are moving to the Minocqua in northern Wisconsin, about an hour from Lake Superior.