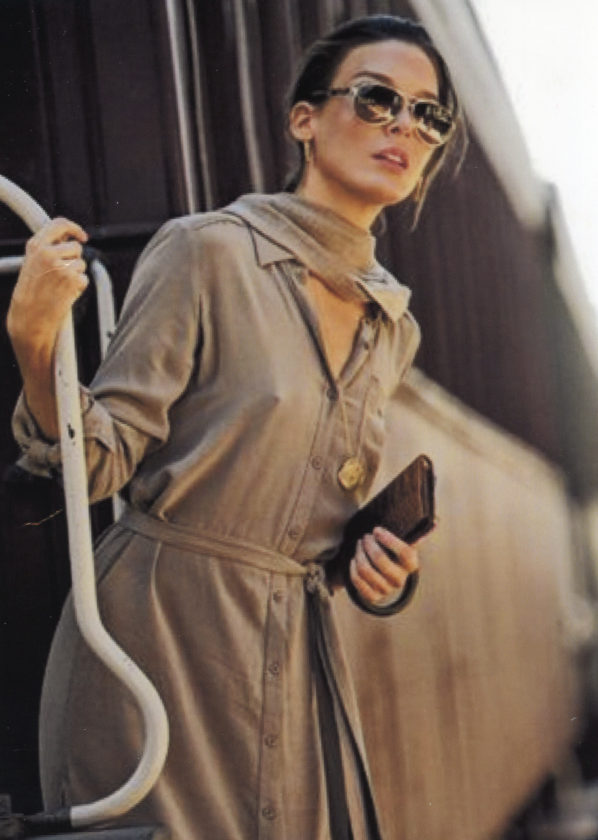 EW ULM–Success in the film and television industry is a challenge. Few who seek it manage a successful career, but New Ulm is fortunate enough to have a few successful natives.

Two weeks ago residents of New Ulm were delighted to see native David Rysdahl make his second appearance as “Wes” on the CBS series “Bull.” The producers have left it open for his character to return.

Rysdahl is the son of Dr. Scott and Gigi Rysdahl. Naturally his parents are his biggest fans. They both noticed the acting bug at the young age.

His father first saw it after hearing David recite the poem “The Cremation of Sam McGee” from memory for a fundraiser event. Not long after he was cast as Caine in a 7th grade school play “Children of Eden.” Rysdahl appeared in a play each year he attended New Ulm Cathedral High School.

Rysdahl graduated from Cathedral High School in 2005 and attended St. Olaf College. Originally he considered following in his fathers footsteps and become a doctor. At St. Olaf he studied Chemistry and English, but still took part in the theater. 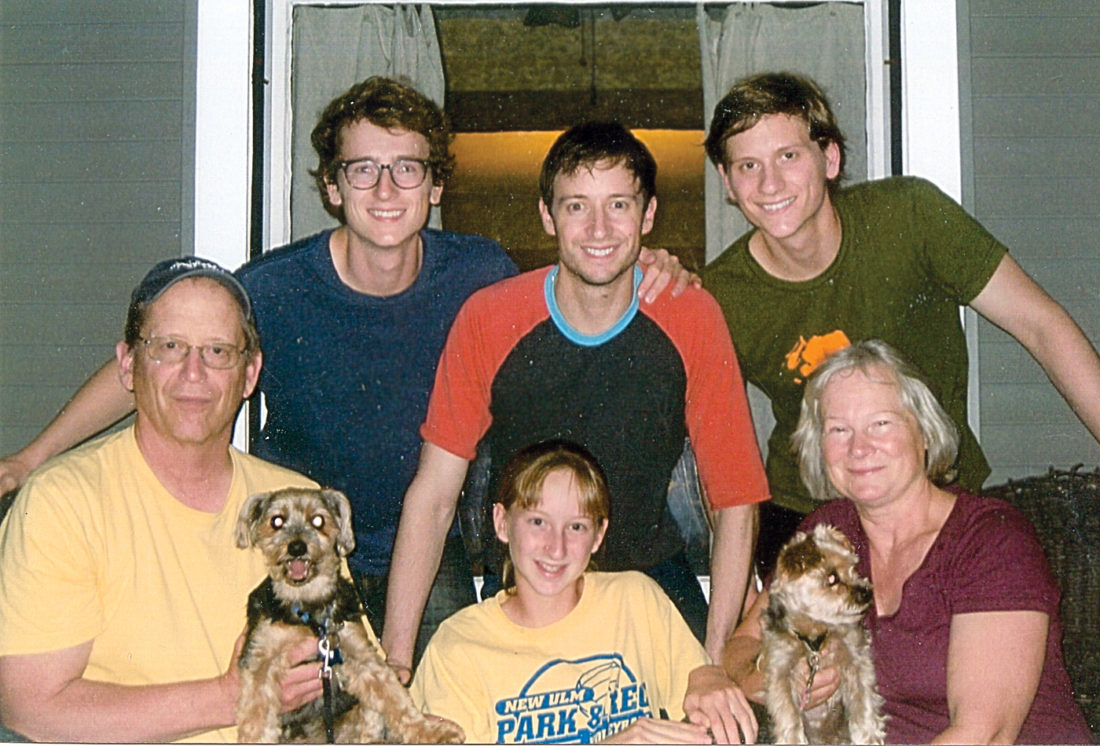 “At St. Olaf I loved acting, but was terrified of it,” Rysdahl said.

He was uncertain how to pursue a career in the field. Professional acting seemed like an impassable mountain, but he continued performing.

In 2009, Rysdahl took a summer apprenticeship at the Shakespeare festival in Winona. Rysdahl was able to appear on stage in “Hamlet” as Laertes. He described it as the best summer of his life. After the festival wrapped up Rysdahl was convinced to try professional acting and moved out to New York.

Over the last eight years Rysdahl has appeared in several short films. In 2015, he appeared in the feature film “That’s Not Us,” which is available on Netflix. Last year he was in the short film “Black Swell” with actor Richard Kind.

Rysdahl recently returned from shooting a film in China. The film, “Dead Pigs” is based on true incident in March of 2013 when several thousand pigs were found in the Haungpu River. The film tells several intertwining stories about the incident. Rysdahl plays an American architect who moved to China for work. Rysdahl said this is common practice for American architects. He met several people who helped him get into character. The film will be released some time next year. 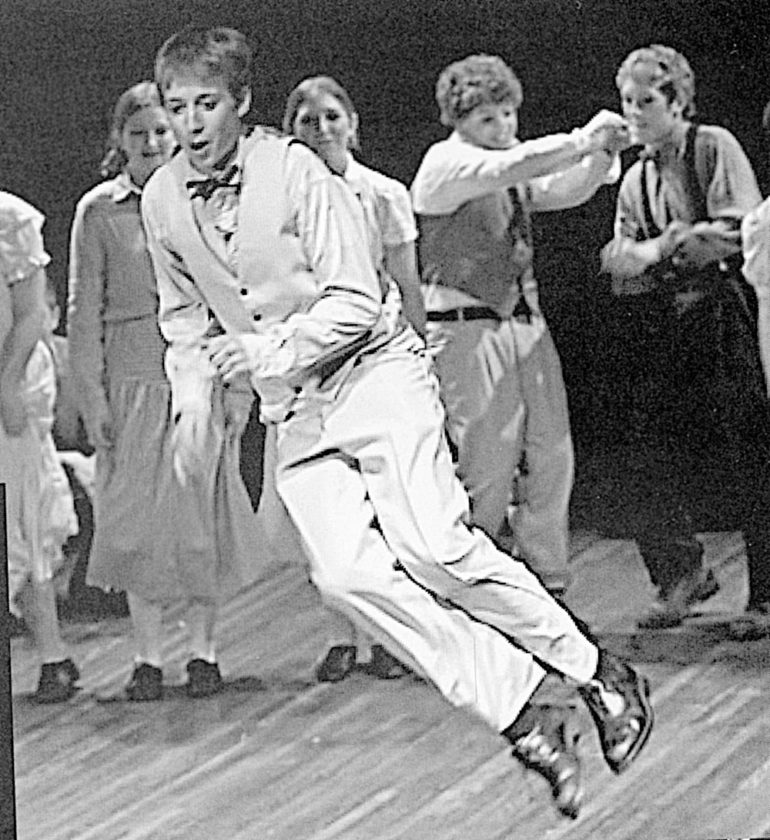 Rysdahl also has a talent for writing. He plans to shoot a film based on a script he wrote in the New Ulm area this fall. The film is a dark comedy about a troubled father and his 12-year-old daughter who fake her cancer for profit. He said the film will have a similar to tone to “Black Swell.”

Rysdahl will work on the film with his girlfriend Zazie Beetz. Beetz is famous for her role as Van on the TV series “Atlanta.” She is in currently in pre-production on “Deadpool 2” playing the character Domino.

Rysdahl is anxious to return to his home town. He said “I am so proud to be from New Ulm and from Minnesota. The community is so supportive.”

Another celebrity to come out of New Ulm is model, actress and musician Natalie Denise Sperl. Sperl is the daughter of Dennis and Arlene Sperl and was born in New Ulm in 1978.

Arlene said it was fitting her daughter started a career in entertainment since she was named after actress Natalie Wood. 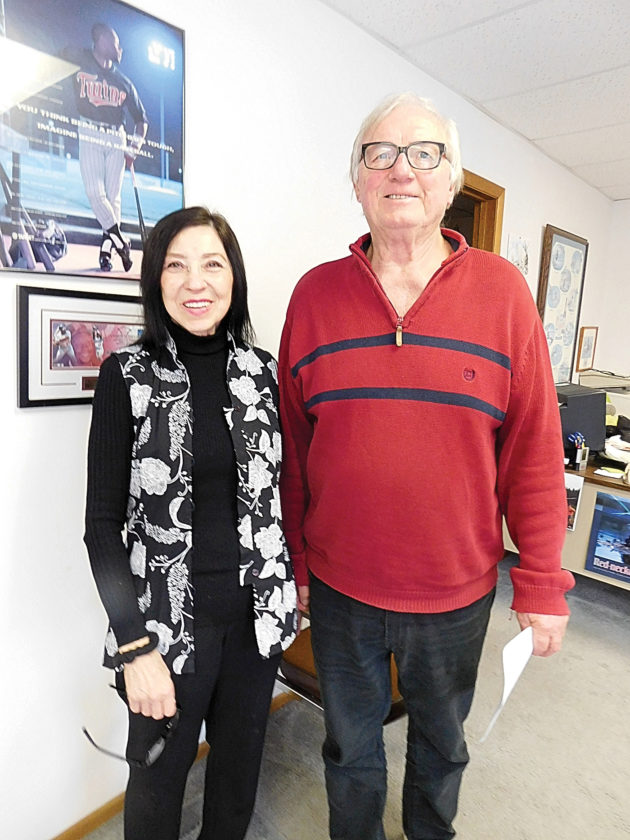 At a young age Sperl showed an aptitude for fashion and modeling. Arlene said her daughter was arranging fashion shows with her friends at age 7.

At age 12 she asked to take part in the John Casablancas model school in Bloomington. By 13 she had saved up some money and her parents let her attend. Later she would join an art school in Golden Valley for her junior year of High School. She graduated from Cathedral in 1994.

Sperl began modeling while still living in New Ulm. Her first big success was a cover model for Esquire and appearing in a series of Coors Light advertisements. Later she made the jump to a television actress with guest roles in “How I Met Your Mother,” “CSI: Miami,” NCIS,” and others. Sperl has several film credits including “Little Black Book” and “Around the World in 80 Days.” She is currently in pre-production on the mystery-drama “Bardo Blues.”

Recently Sperl is known as a singer-songwriter. She formed the band “Kill My Coquette,” which plays around the Los Angeles area.

Along with acting and music, Sperl has a talent for drawing. Several examples of her work line the walls of her father’s accounting office.

Perhaps the best known actress born in New Ulm is Tippi Hedren. Hedren is most famous for her role in the 1963 Alfred Hitchcock film “The Birds.” She was born in New Ulm on Jan. 19, 1930. Her family lived in Lafayette and ran the general store in town. Hedren was 4 when the family moved to Minneapolis.

Hedren began her career as a model but was eventually noticed by Hitchcock and cast her in two films. The 1964 film “Marnie” was her last collaboration with Hitchcock. Hedren later said in interviews the director made multiple unwanted advances toward her. Others on the set described Hitchcock’s attitude toward her as “obsessive.” Hedren refused to make any more films with Hitchcock despite a contract. In retaliation the director prevented her from appearing in several other films.

In 2014, Hedren returned to New Ulm and spoke at the former Middle School about her career and work with wild cats. She admitted having few memories of her time in Lafayette and New Ulm, but her sister had several fond memories. Hedren did return to Lafayette with her sister to celebrate the towns centennial. The family general store has since been torn down. Her childhood home is still standing, but Hedren and her sister were only able to recognize a few rooms.

Hedren continues to act on television, making appearances on “Raising Hope” and “Cougar Town.” Acting runs in her family. Hedren’s daughter Melanie Griffith has an extensive career and now her granddaughter Dakota Johnson recently took a star turn in the “Fifty Shades of Grey” film series.