A table has four legs and a flat top — except when it is designed by a clever cabinetmaker. Freeman’s Auction in Philadelphia sold an unusual rosewood table with two partial shelves built below the 20-inch square tabletop. It is decorated with carved dragons on the brackets and a spider and fly inlay of mixed metal and mother-of-pearl. The Anglo-Japanese inlaid rosewood table was made by A. and H. Lejambre of Philadelphia around 1880; the company produced work from 1865 to 1907. Similar tables are in several museums. The table sold at auction for $13,000.

Q. All the images and descriptions online for Hummel’s “Girl Resting on Fence 1938” state that it’s marked “W. Germany.” I have that figurine but it’s marked “Germany.” It’s also marked with a big bee over the letter “V” and “C by W. Goebel.” The year “1938” is embossed on the bottom, too. I can barely make out figurine number “112/3/0.” Why are the marks on my figurine different?

A. This figurine was designed for Hummel by Reinhold Unger in 1938. It was originally called “Just Sittin-Girl” and is now called “Just Resting,” though it’s listed online under other names. It’s been made for several years in different sizes. The marks tell how old the figurine is. The bee over “V” mark was used from 1950 to 1959, with a bigger bee from 1955 to 1959. Figurines made from 1960 to 1990 were marked “W. Germany.” Your figurine was made before that, so it is just marked “Germany.”

Q. What is the resale price for a Fiesta 60th Anniversary pitcher with four matching cups in new condition?

A. Fiesta has been made by the Homer Laughlin China Co. since 1936 and has been made in many colors since then. To mark the 60th anniversary in 1996, Fiesta was made with the words “Still Proudly Made by The Homer Laughlin China Co., Genuine Fiesta, 60th Anniversary, 1936-1996” and the logo of a dancing lady. The Anniversary line includes a pitcher, mugs (cups), tumblers, a cake plate, a clock face plate and other items. The price depends on color and condition. Pitchers sell online for $25-$48, mugs for $3-$10. A set with four mugs could sell for $37 to $88. Higher prices are asked but don’t sell.

Q. We have several pieces of our grandparents’ collection of Fostoria Coin Glassware. We have pieces in blue, red and amber. Are there any collectors looking to add to their collection? How do you recommend we sell it?

A. Coin glass was first made in the 1890s by two makers: Hobbs and Central Glass Company. The glass included impressions of actual U.S. coins until the government declared it illegal. In 1958, Fostoria Glass Company began making Coin glass impressed with “coins” with patriotic symbols. They included the Liberty Bell, Torch, Eagle and Colonial Man, along with the date 1887, the year Fostoria was founded in Fostoria, Ohio. The Fostoria factory moved to Moundsville, West Virginia, in 1891. Pieces were made in clear, amber, blue, ruby, green and olive. Some Fostoria Coin glassware was made for Avon from 1961 to 1983. It was sold to Lancaster Colony Corporation in 1983, which continued to make some Coin glass. Fostoria was closed in 1986. Fostoria Coin pieces sell online for $15 to $45. You should try to sell it locally.

Q. I have an old dual switch Flylock knife with advertising on it. The side reads “Chas. M. McClarin & Sons Hanover, Pa.” It’s in good condition. When closed, it’s about four inches long. Can you tell me what it may be worth? Thanks!

A. George Schrade (1860-1940) was a toolmaker and machinist from New York City who patented an early switchblade knife with an edge enclosed by its handle and a release button mounted into the bolster. Push the button and the blade springs open. He started a small shop in 1893, and sold the shop and the knife design in 1903, but continued making improvements to folding pocketknives. In 1918, Schrade licensed a new design he called the “Flylock” to the Challenge Cutlery Co. of Bridgeport, Connecticut, where he oversaw the Flylock Knife division. The company made many types of knives, from large folding models for hunters to small pen knives to appeal to women. An advertisement of the day pictured a woman’s hand sliding the button to open the Flylock knife with a caption urging women to buy one for their sewing kits so they wouldn’t have to break a fingernail trying to open an ordinary pen knife. These were made until 1929 and are very collectible. Depending on the handle (silver or gold metal, bone, celluloid, etc.) and type of blades, Flylock pocketknives sell from $75 to $300.

Q. Are there any collectors for the large-type edition World Book encyclopedia? It’s copyrighted 1964 by Field Enterprises Education Corporation and is in very good condition.

A. Old encyclopedias have little value because the information is outdated. The digital age has made it easier to get up-to-date information without needing massive encyclopedias. You might contact a used bookstore to see if they have any interest in buying it. Some people buy old books if the binding is attractive or if the size is what they need to fill up their bookshelves.

TIP: Outdoor lights may help prevent crimes; install them high enough so they are difficult to unscrew. 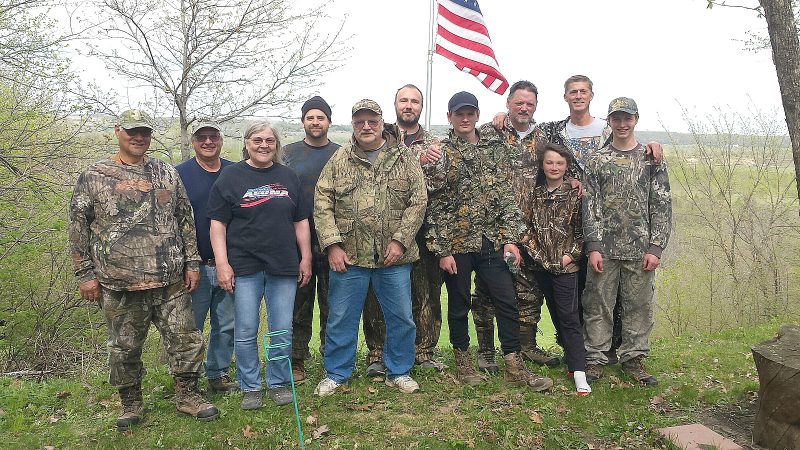