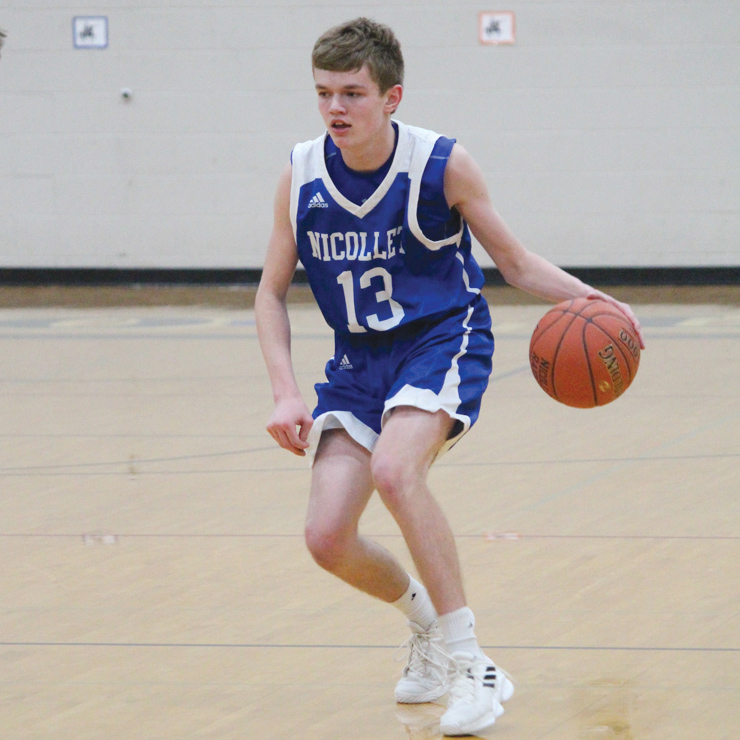 NICOLLET — In a sense, Nicollet senior Riley Hulke had to go through the recruiting process all over again after the first choice didn’t work out.

Hulke had agreed to attend Bethany Lutheran College, a Division III school in the Upper Midwest Athletic Conference. But after Bethany head coach Matt Fletcher stepped down after a record-setting season on April 6 and took a job at Concordia University in St. Paul, Hulke changed his mind.

Just one day after Fletcher stepped down, Hulke was contacted by the University of Wisconsin-River Falls, a Division III school in the Wisconsin Intercollegiate Athletic Conference. He joins a team that went 12-14 last year and 5-9 in the WIAC. He made the decision to switch on Saturday.

He never got an official visit but he had good conversations with the coaching staff from UW-River Falls.

“Originally I committed to Bethany, but a month or so ago they had a coaching change and I was back out in the air, but it was hard because with everything being closed, I couldn’t visit anywhere,” Hulke said. “The day after the Bethany coaches left, they [UW-River Falls] called me and we just formed a pretty good relationship. He promised me a roster spot, I haven’t visited out there but I saw a couple of their games and I like their style of play.”

Hulke finished his career as Nicollet’s all-time leading scorer. He scored 2,273 career points and averaged 24.1 points, 9.3 assists, 4 rebounds, and 3.9 steals per game. He’s most deadly from outside and he hit 41% from 3-point range this past year. His 449 career 3-pointers ranks in the top 5 in state history. He was named to the All-Journal First team this past season and he’s a three-time All-Journal player and four-time All-Valley Conference player.

He’s looking forward to his first year at UW-River Falls.

“I know they’ve got a lot of tough guys and they’re a very well-coached team,” Hulke said. “I think they beat two national tournament teams last year, they had a couple of injuries, so they probably didn’t do as well as expected. There’s nice facilities out there and it’s a really good family and I’m excited to be a part of it.”

And he’s proud that he’ll always be a Nicollet Raider.

“I’ll remember all wins and losses, but now that this is over, it’s the practices, the bus rides, just being with the guys,” Hulke said. “Obviously, winning the conference and winning the home playoff game this year and having the community support for four or five months.