Staff photo by Travis Rosenau The late Jill Thompson’s jersey is put over a chair during Nicollet/Loyola’s basketball game with JWP on Friday night at Nicollet High School. 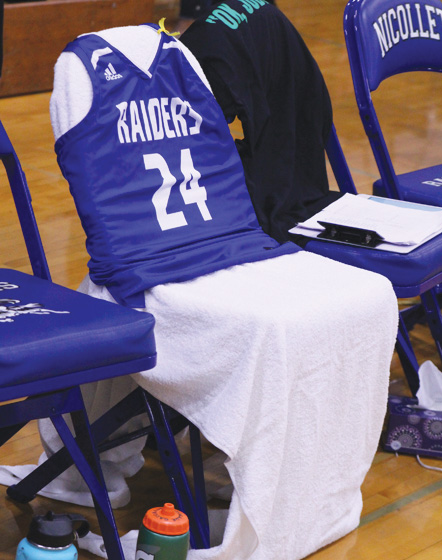 Staff photo by Travis Rosenau The late Jill Thompson’s jersey is put over a chair during Nicollet/Loyola’s basketball game with JWP on Friday night at Nicollet High School.

NICOLLET — After the tragic loss of teammate and friend Jillian Thompson this past Monday, the Nicollet/Loyola girls’ basketball team had its most emotional game and victory of the season on Friday night at Nicollet High School, defeating Janesville-Waldorf-Pemberton 70-44 in a Valley Conference game.

Thompson, one of the team’s senior leaders, died at the age of 17 on Monday in a car accident.

Nicollet head coach Jordan Rudenick, former Nicollet High School graduate and first-year head coach, said that he was proud of how his team handled things on Friday and picked up the win for Thompson.

“I’m extremely proud of them, I’m extremely proud of how they played,” Rudenick said. “We talked about — ‘You’re going to play with a lot of passion,’ and they did. Words cannot describe the swing of emotions that have happened this week. From starting out your week with the news that we got to ending the week like this, and I told the girls that whatever sport you’re in — right now it’s basketball and in the spring it’ll be something different — but I said, ‘You have to be okay with letting it be your escape and just letting the sport consume you and making the most out of those opportunities because we all know that Jill would.’ That’s the type of kid she was. It wasn’t necessarily about her love for basketball, it was about she enjoyed being with the kids, with her teammates and the camaraderie that comes with that.” 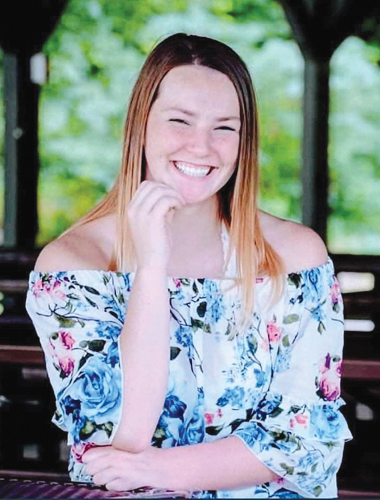 JWP was led by Sammi Wehking and Mandy Gruis, who each had 8 points.

There was also a sea of yellow in the crowd on Friday. Many fans and students in attendance wore yellow, Thompson’s favorite color, to pay respects. JWP also showed its respects before the game by giving the Nicollet/Loyola players yellow flowers to put in a vase that sat on the scorer’s table.

JWP also practiced in warmup shirts that read #RAIDERSTRONG on the front and #PLAYFORJILL on the back above Thompson’s No. 24. The shirts were given to Nicollet/Loyola players after the game.

Hulke said that the win for Thompson gives her hope for the rest of the season and future. 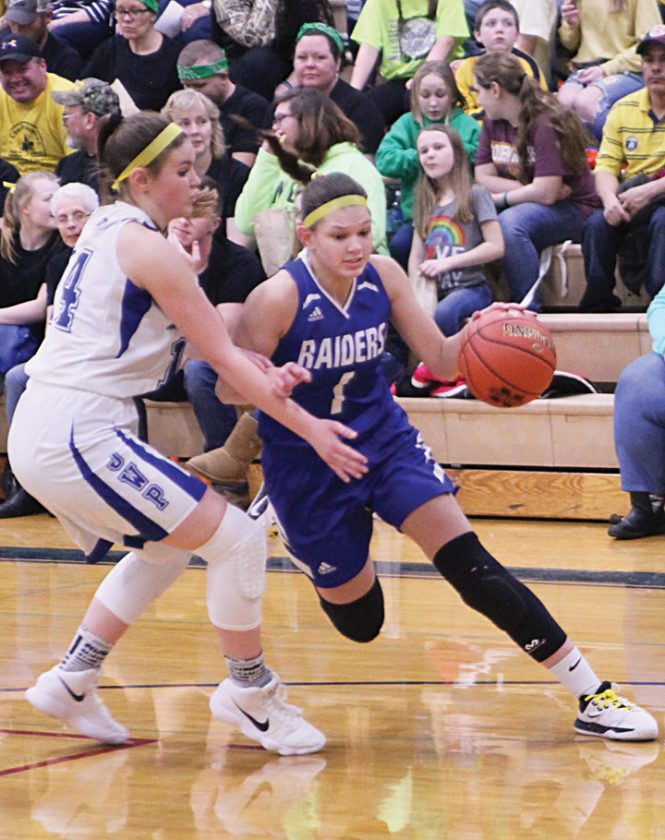 “It means a lot for us — just knowing she’s over guarding us and she was with us this whole game,” Hulke said. “And we’ve had some disappointing games, but to come back after this and play like this, it really gives us hope for the future and the rest of the games.”

Selby said that the team played hard on Friday because that’s what Thompson would have wanted.

“I think it’s really nice that we go and play for her because I know that she wouldn’t want anything else,” Selby said. “And I think coming to the bench and seeing her [jersey] there, it’s like she’s still with you. We just had to try our hardest because we knew that that’s what she’d have wanted and we wanted to play for her.”

With JWP ahead 6-5 early on, a 3 by Hulke ignited a spark for the Raiders that turned into a 19-0 run and a 24-6 lead. The Raiders’ defense and rebounding played a big role during the run, with Selby getting several putback buckets.

The Raiders led 37-17 at the half after Frutiger was able to beat the buzzer on a mid-range jumper.

While JWP cut its deficit down to 16 in the second half, the Raiders picked things up again midway through the half and took a 69-39 lead late after a 3 by Hansen and a block and pass from Robertson led to a bucket inside by Selby. That was the largest lead of the game for Nicollet/Loyola.

Marisa Arndt, a senior for Nicollet/Loyola, said that she wants the team to stay positive and bring energy throughout the remainder of the season to honor Thompson.

“I think it’s really important to bring the positivity and energy because at practice, she’d always be the one helping everyone up, cheering them on, keeping the gym loud,” she said.

In order to aid Thompson’s parents with funeral costs and other expenses, a GoFundMe page was set up this past Wednesday at https://www.gofundme.com/f/jill-thompson-memorial-fund.

The GoFundMe goal of $10,000 was reached on just the second day of the campaign being public, but those interested in donating are still encouraged to do so. As of Friday night, the donation total was up to $12,810.

A memorial account has also been established in Thompson’s name at ProGrowth Bank in Nicollet.

Arndt said that the support from the community and surrounding areas has been great to see and that it encourages the team to continue keeping the memory of Thompson alive.

“I think it’s really cool, I saw a bunch of posts [online] from like Byron, Rochester, two hours away,” Arndt said. “It’s just reaching so far, and to know that everybody is behind us and praying for us and praying for her family is really important to us that we go out there and we do our best for Jill and just keep her memory alive.”