Staff photo by Steve Muscatello New Ulm’s Maddi O’Connor fights for a rebound with Emma Schultz of Mankato East during the first period Tuesday at the New Ulm Civic Center.

NEW ULM — The New Ulm girls’ hockey team got off to a fast start and had no problem with Mankato East on Tuesday as the Eagles defeated the Cougars 7-1 in nonconference action at the New Ulm Civic Center.

Senior forward Jayda Helget led the Eagles with a pair of goals and two assists on Senior Night. She scored a power play goal in the second period to put the Eagles up 5-1 at that point.

Ally Steffensmeier also scored two goals and had an assist. Molly Scheid scored a goal along with Brooke Arneson and McKenna Strong.

New Ulm got goals in the first period from Helget, Arneson and Strong to take an early 3-0 lead. Maddi O’Connor and Julia Helget assisted on Arneson’s goal and Evie Sellner and Julia Helget each got an assist on the goal from Strong.

Steffensmeier scored her second goal of the game in the third period with 14:08 left and Scheid later scored to make it 7-1. Scheid , Steffl and Klein added assists for New Ulm. 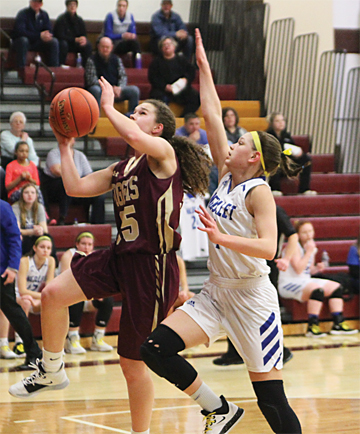 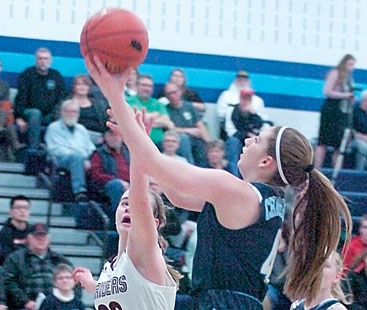 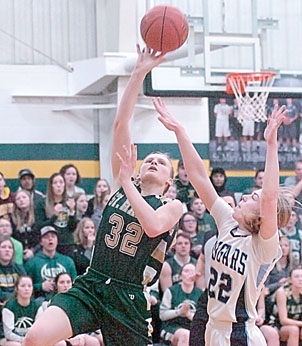