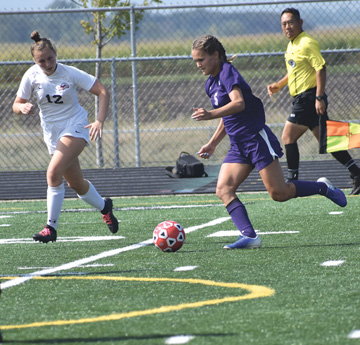 • Reinarts has emerged as yet another capable goal scorer for the New Ulm girls’ soccer team this year. She is one of the leaders for a team that has gone 11-4-1 on the season and has won six straight games going into Thursday’s playoff game.

• Reinarts scored four goals and had an assist in a 10-2 rout over Worthington last Tuesday.

• In just her first year on varsity, Reinarts is the second-leading scorer this year for New Ulm with 15 goals. She also has five assists. The Eagles host a home playoff game at 7 p.m. on Thursday.