Tigers roll all over Sleepy Eye 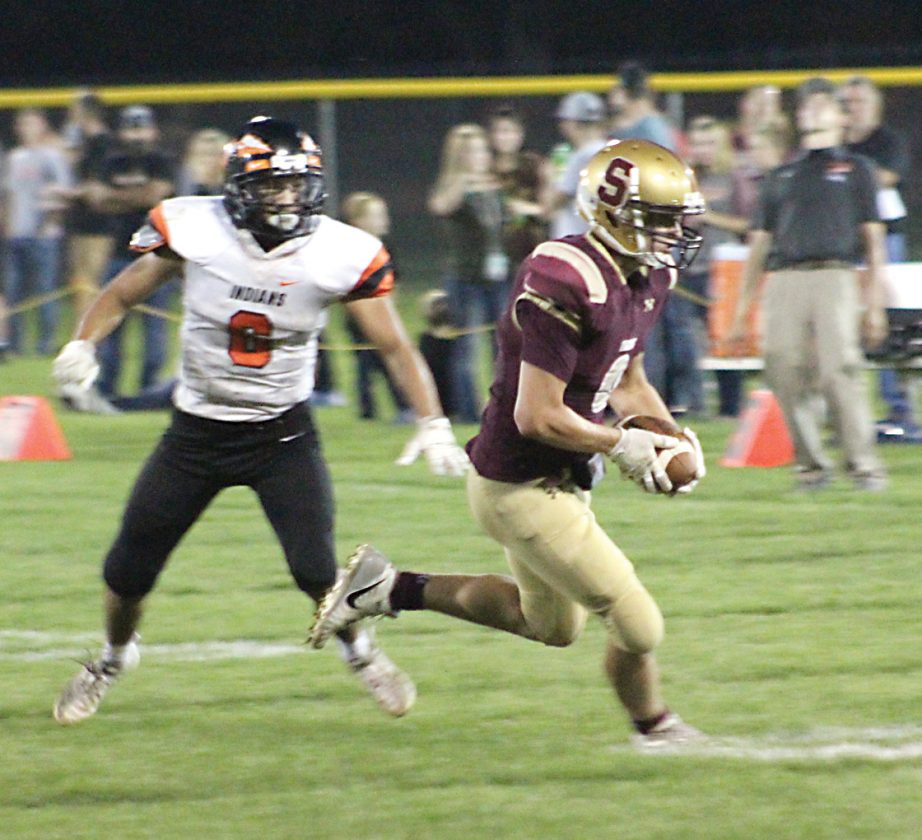 SPRINGFIELD — Springfield continued to flex its muscles as the No. 7 team in Class A football on Friday night, piling up touchdown after touchdown on the way to a 55-8 win over Sleepy Eye in Southwest District, East Subdistrict football action.

Decker Scheffler led the Springfield offense with 212 yards passing and four touchdowns, while Mason Rummel had 75 yards rushing and a pair of touchdowns. Tori Helget also had two touchdown receptions for Springfield and 60 yards receiving.

Caleb Hauger rushed for 95 yards and a touchdown for the Tigers, while Nolan Hovland caught two touchdowns and had an interception return for a touchdown.

This was the fourth game in a row where the Tigers’ defense had 10 or more tackles for a loss. While the Indians were limited to just two first downs in the first half, an 8-yard run by Jackson Huiras and a 31-yard pass from Kegan Heiderscheidt to Erizen Traconis, the Tigers’ offense scored a touchdown on five of their six offensive drives in the first half.

Hovland then picked off a Heiderscheidt pass and took it 20 yards for another Springfield score and a 35-0 lead after a Mark Peschges extra-point kick. Rummel then ended the scoring in the first half on a 5-yard run up the middle for a 41-0 Springfield lead with 2:03 left in the half.

The Tigers continued to add points to the board after a solid punt return set the Tigers’ up at the Sleepy Eye 37-yard line. Hovland then pulled in a 37-yard Scheffler pass in the end zone for a 47-0 lead.

After that touchdown pass, Scheffler was taken out at quarterback for Dylan Batzlaff.

The Indians did have a bright spot late in the game after recovering a Tigers fumble at the Springfield 30-yard line. After the recovery, backup quarterback Traconis threw a 30-yard touchdown pass to Huiras to have the Indians down 47-8 after a Huiras 2-point conversion run.

That was the first touchdown the Springfield defense has allowed this season.

The Tigers didn’t let that touchdown impact their offense, however, as Hauger took a run to the left side of the field 74 yards for the final touchdown of the night.

No stats were reported by Sleepy Eye.