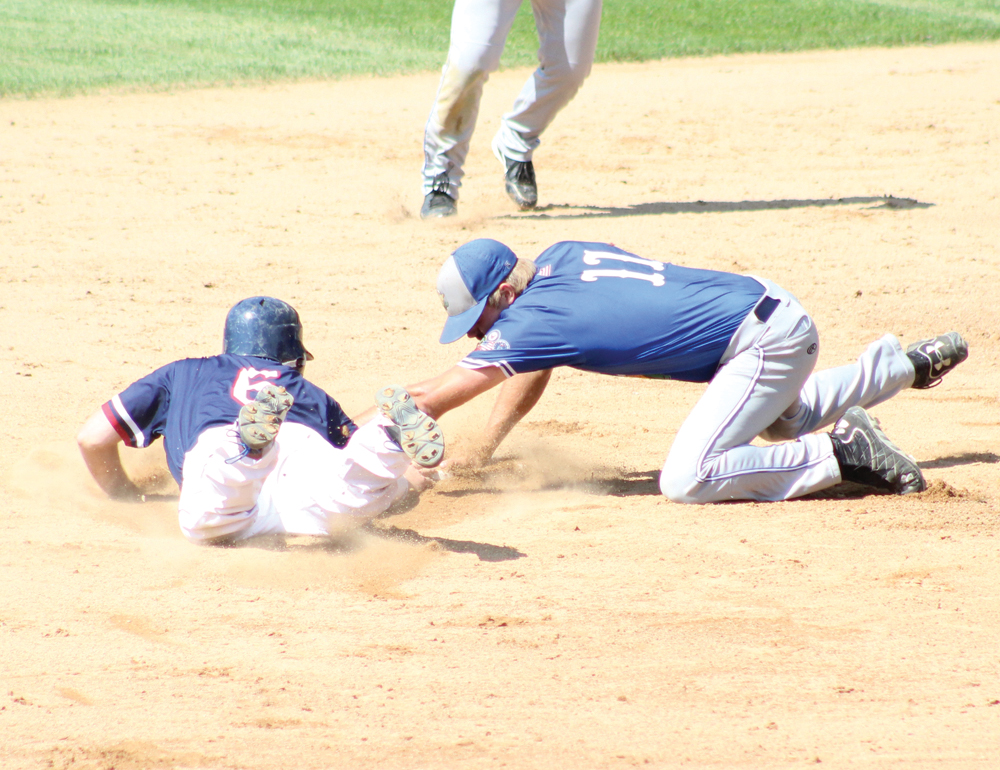 DELANO — While Sleepy Eye got a solid pitching performance from two of its younger arms and eight hits from its offense, too many errors proved to be the difference maker in a 3-0 shutout loss to Cokato in Class C Minnesota State Amateur Baseball Tournament action on Saturday at Delano Municipal Stadium.

With the loss, Sleepy Eye was eliminated from the state tournament and ended its season at 15-14 overall.

The Indians outhit the Kernels 8-6 but committed five errors, with all three Cokato runs being unearned because of those errors. The Indians also left seven runners on base during the game, further struggling to help their cause.

“All three of their runs would be classified as unearned, so the errors blew up on us a little bit today, but we had opportunities from the first inning on and we just didn’t get that clutch hit — we’ve got to get those at this time,” Sleepy Eye manager Bruce Woitas said. “And they came up with a big hit, taking advantage of the errors that we had. But overall, you can’t look back and feel bad about it. I mean, yeah, you hate to have the errors and that contributed to the loss a little bit, but overall we had a nice year and a fun one with a nice group of guys.”

The Kernels got their first run in the third inning after a ground ball hit by Eric Pokornowski was thrown to first with nobody covering the bag, allowing Sanders Asplin to score from second base. 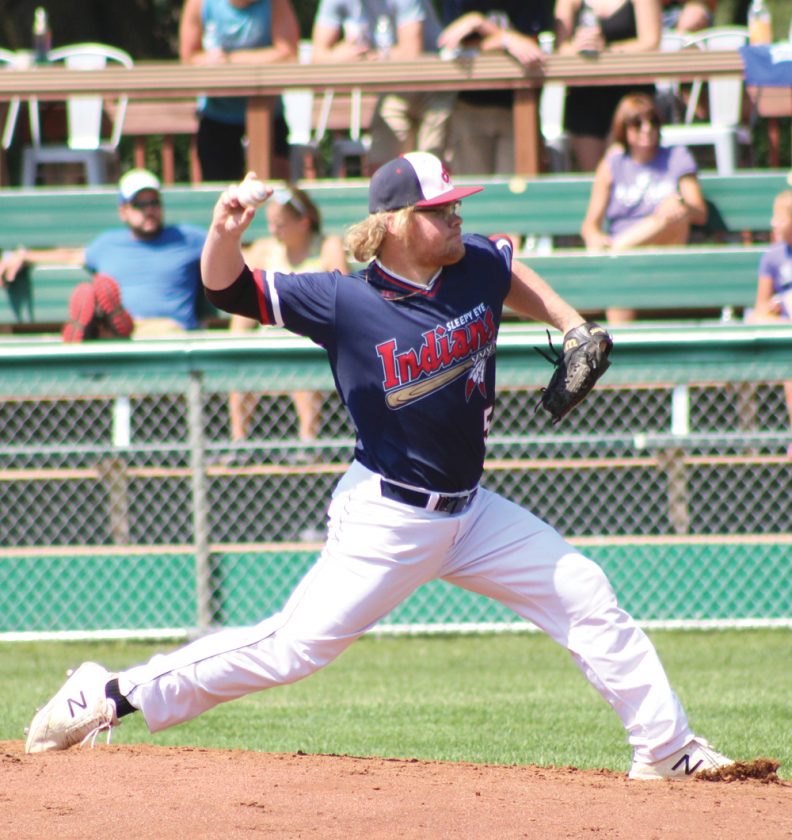 Asplin also reached earlier in the inning on an error and advanced to second on a stolen base.

After several innings of scoreless ball, Ike Nelson reached first in the bottom of the eighth inning with one out after a throwing error to first by Indians shortstop Alan Woitas. After a base hit from Billy Aho put two runners on for Cokato, Alan Woitas had another tough mishap after struggling to cleanly field a ground ball to his left side, allowing the bases to fill with one out.

With the bases loaded, Luke “Baker” Morris then slashed a two-run single up the middle to give the Kernels a pair of insurance runs late. He was thrown out at second trying to stretch his single into a double.

Bruce Woitas went with two of his younger pitchers on Saturday, and despite the final score, they did their part.

Searles draftee Mark Schommer got the start and took the loss for the Indians in six innings of work despite allowing just one unearned run on four hits. He struck out five and hit a batter.

Jacob Berg pitched the final two innings for Sleepy Eye, allowing two unearned runs on two hits while hitting a batter and striking out one.

“Mark did a great job for us, he pitched one of our region games against Lamberton,” Bruce Woitas said. “We thought maybe he’d be our best option today and did a great job. We had two errors in one inning [third inning] where they got one run and his pitch count got up a little bit, so we decided to take the other young guy in Berg and he did a nice job as well, too, and worked out of some jams as well. So we’re pleased with the pitching we had, we just didn’t make enough plays for them.”

The Indians stranded two men in the first and two in the seventh. In the first, Alex Sellner reached on an error to lead off the inning before Andrew Woitas advanced him to second on a base hit to left field. Three outs in a row followed for Sleepy Eye, however, ending the early scoring threat.

In the top of the seventh, Matt Mielke led off with a single before a quick pair of popouts left the Indians with just one out left. Jake Mielke then drove a pitch to left-center for a single and advanced to second on a throwing error to third from the outfield as Matt Mielke took third. With runners in scoring position, Kernels starting pitcher Steve Schmitt forced a quick 5-3 groundout to again end a Sleepy Eye scoring threat.

Schmitt pitched 8 1/3 innings in the win for the Kernels, giving up eight hits while striking out three. Delano draftee Tyler Wolfe got the two-out save for Cokato.

Andrew Woitas led the Indians at the plate with a 2-for-4 game, while both Matt Mielke and Jake Mielke each went 2 for 4. Alex Woitas and Joey Walter each added a single for Sleepy Eye’s other two hits in the game.