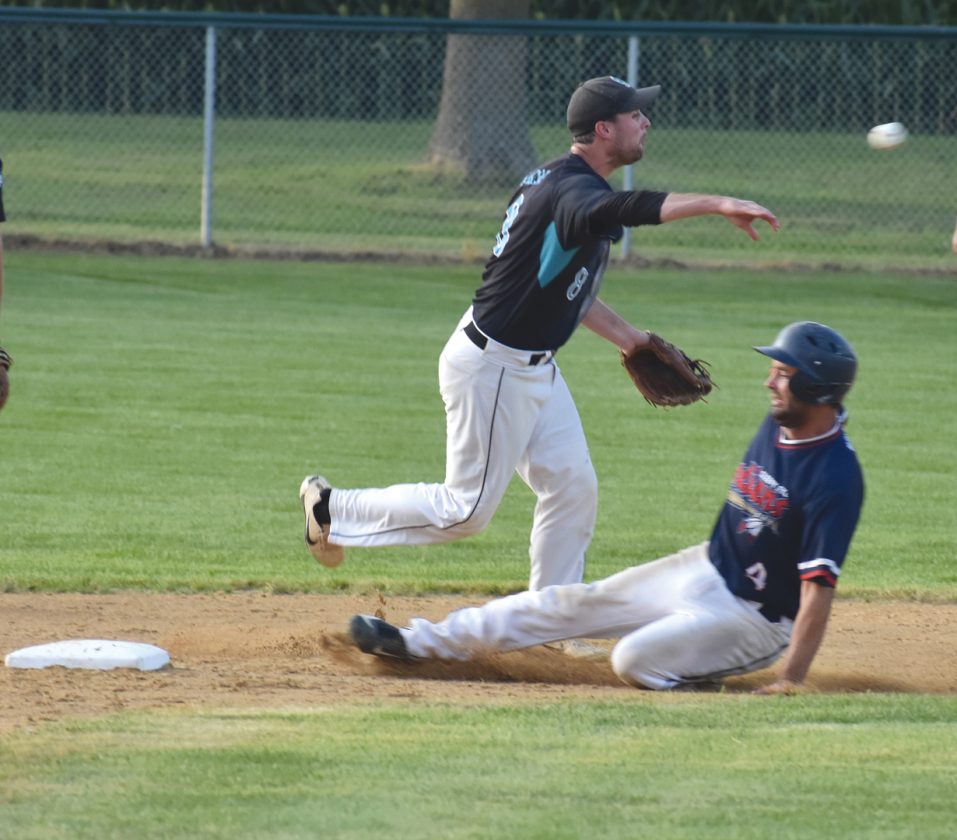 HANSKA — Armed with some early run support, Sleepy Eye left-hander Alex Sellner got settled and didn’t let Hanska back into the game.

Sleepy Eye scored a single run in the third inning, then got three more in the fourth inning to take a 4-0 lead. At that point, Sellner was already locked in and delivered a much-needed complete-game win for the Indians as Sleepy Eye won 9-0 over Hanska in the Region 2C amateur baseball playoffs.

Sleepy Eye is now 2-1 in the playoffs and hosts Lamberton Wednesday night before wrapping up the tournament on Saturday against Stark.

Sellner allowed four hits and he struck out four. He didn’t walk a batter and he let his defense do the work, highlighted by a diving catch in right-center by Joey Walter in the seventh inning that would’ve been extra bases.

“Having the defense like I do right behind me, you saw with Joey making some incredible catches out there, Alan [Woitas] making good plays out there at short, it was pretty easy just trying to throw strikes and let the defense do the work for me,” Sellner said.

Dayton Larson went 6 2/3 innings in the loss. He allowed eight hits and six runs, four of them earned. He walked one.

Matt Mielke gave the Indians an early spark with a lead-off home run in the third inning. Walter doubled to lead off the fourth inning and he later scored on an error. Andrew Woitas and Mielke also had an RBI in the inning to put Sleepy Eye ahead 4-0.

“We were just trying to score as many runs as we possibly can and save some pitching,” Sellner said. “If we can make it through and not play a full nine, that saves a lot of arms, so keeping our foot on the gas is important because a couple of runs can get a rally started.”

The Indians added a pair or funs in the seventh inning, with Jake Mielke and Sellner scoring to make it 6-0, and the Indians added an exclamation point in the eighth inning when Matt Mielke reached on a throwing error, allowing two runs to score. Alex Woitas scored Sleepy Eye’s final run on a sacrifice fly by Sellner.

Brady Mosenden led Hanska at the plate, going 2 for 4. Gary Wilfahrt Jr. and Matt Suess each went 1 for 3.

Sleepy Eye and Stark are both 2-1 in regional play and New Ulm is 3-0. Springfield and Lamberton are 1-2 and Hanska is 0-3. Sleepy Eye is hoping to move to 3-1 but it’ll be tough against Lamberton on Wednesday, a perennial state tournament qualifier. Lamberton lost to New Ulm 12-8 on Tuesday night.

Sleepy Eye will turn to Mark Schommer, a Searles draftee, on Wednesday night.

“We’re throwing Schommer, he’s a great pitcher from what I’ve seen, we’ll just try to put a good defense behind him and hopefully the bats stay hot,” Sellner said.