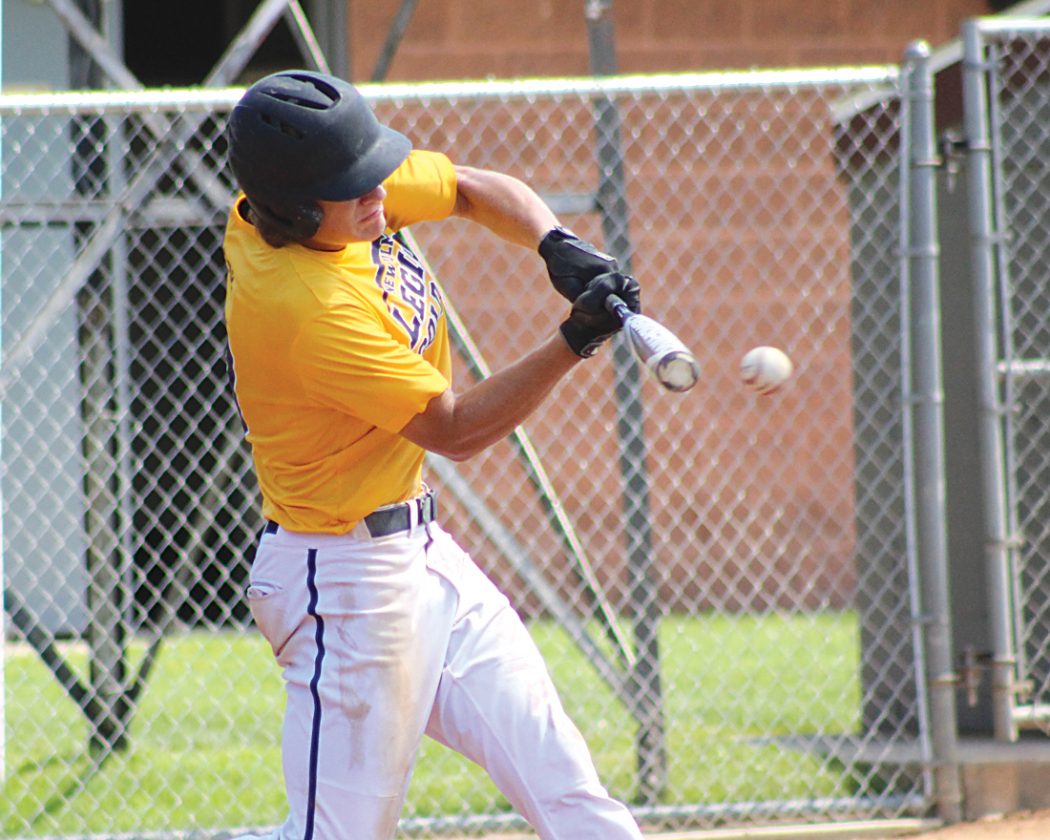 Gold ended up leaving 11 men on base, while Buffalo left five on.

Gold’s defensive miscues in the game also hurt, with one of four New Ulm errors helping lead Buffalo to an early 3-0 lead in the second inning. In that second inning, Luke Brings first drove in a run on a single, while a sac fly by Bryant Peeler and an error at third base led to the early Buffalo lead.

“We left guys on base, I think that was our main thing,” Gold head coach Chris Peters said. “We’ve been a team that — we put 10-12 hits up in the game and we score some runs — and we left a lot of runners on base again and we didn’t come up with that key hit. That’s baseball. The errors and mental mistakes, that’s going to happen. These kids are young and the thing is, they need to learn from the mistakes and make it better in the end.”

Buffalo extended its lead to 5-0 after a two-run home run by Buffalo starting pitcher Kai Brisk in the fifth inning off of New Ulm starter Braden Zimmerman, who allowed three earned runs on five hits and two walks in 4 2/3 innings before being relieved the rest of the game by Mark Schommer. Zimmerman added a strikeout, while Schommer gave up one hit and had a pair of strikeouts.

Brisk got the complete-game win, giving up eight hits and two walks for one earned run while striking out three.

Gold’s lone run came in the sixth inning on a two-out RBI single by Jaden Domeier that brought in Mason Cox from third. Cox reached earlier in the inning on a one-out single to left.

Domeier was 2 for 4 with the lone RBI to lead New Ulm at the plate, while Hunter Ranweiler added a double and took a pair of walks. Josh Seidl, Chris Knowles, Cole Ranweiler, Teagan Kamm and Cox all added a single apiece to round out New Ulm’s offense.

Despite a tough second and third day at state ending Gold’s season with a 2-2 record in the state tournament, much of the team will return next season looking to improve and make another run at it. There will also be new members from the current New Ulm Junior Legion team joining Gold next season, so there’s still much to be excited about in the future for New Ulm fans.

“There’s a good program coming up, good kids, we’re looking forward to it,” Peters said. “The Junior Legion, we wish them well, they’re coached well down there, all respect to those guys down there. They do what they need to do and know what they need to do to win. So the legion program, all around the VFW through has been a strong program. We’ve got some good players, some good teams coming through in the future, the future looks good.”

After the win over Gold, Buffalo fell to Woodbury Blue 5-4 on Saturday afternoon, setting Woodbury Blue up with a semifinals elimination game against Edina at 10 a.m. Sunday. The winner of that game will then meet Excelsior for a one-game championship game around 12:30 p.m. Sunday. Both games will be in Cold Spring.