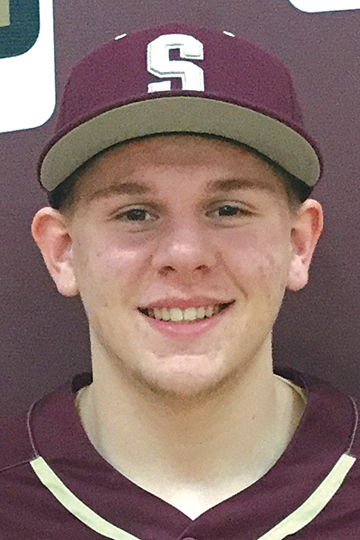 SPRINGFIELD — In the end, Springfield’s Mason Rummel felt that a smaller community was the best fit for him when he was considering his college baseball options.

Rummel, a senior-to-be at Springfield High School, made a verbal committment on Monday to continue his college baseball career at Southwest Minnesota State University in Marshall.

Rummel had a junior season to remember. He helped lead the Tigers to the Section 2A championship, where they lost to the eventual state champs from BOLD. Rummel became the top catcher in the area and was a force at the plate, hitting .473 with a .622 slugging percentage, 35 hits and 29 RBIs. He has a career .350 batting average, 48 hits and 36 RBIs at Springfield.

He started getting the attention of the college scouts this past spring and in the end, he felt most comfortable with SMSU.

“It’s a good program, I liked SMSU when I went on the visit and I like the campus and everything,” Rummel said. “Coach [Paul] Blanchard, he’s really nice and he was a catcher. I just fit in real well with him and it’s just a great opportunity for me.”

Rummel announced his decision on Twitter on Monday and he plans on majoring in elementary education.

His coach at Springfield, Brandon Wilhelmi, also played for the Mustangs.

“He was a big part, he talked to coach Blanchard about me, which was awesome that he had the connections that he did,” Rummel said. “He’s kind of a big influence to me, Mr. Wilhelmi is, I look up to him in all the sports, football and baseball. We’re both catchers and he helped me out. And the education program is one of the best too, which is what I plan on going into.”

He said that his parents didn’t push a specific college on him and they’re also happy with his choice to stay close to home.

“They loved it, they weren’t really pushing it on me, they’ve always watched every one of my games and they’ve been there for me,” Rummel said. “Marshall seemed right for me and it’s just about right for my parents to be able to go there and have my parents come and support me.”

Rummel’s decision prior to his senior year means he can focus on all three sports he competes in for his senior year without any distractions. He was a weapon in the running game and on the defensive side of the ball last fall for the Tigers, who made it to the state semifinals in football. He is also a standout wrestler and has a good shot at making the state tournament this season for the Springfield wrestling team and his baseball abilities are evident with his decision on a Division II college.